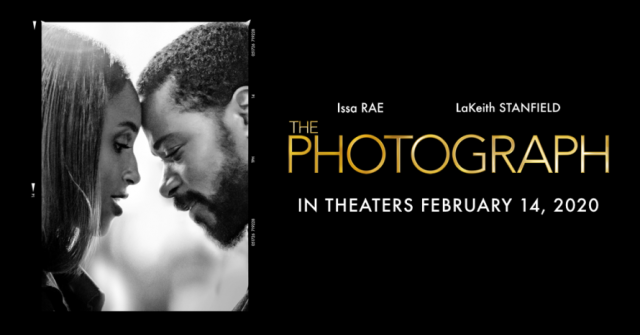 This story revolves around a woman named Mae (Issa Rae) whose mother has just passed away. Mae always felt distanced from her mother, so she starts to learn about her from a collection of photographs that her mother, a young Christina (Chante Adams), took and kept away. In these photos, there’s a man featured named Isaac (Y’lan Noel and Rob Morgan) that just might have insight into why Mae’s mother did the things she did. We also follow Michael (LaKeith Stanfield), a journalist who is writing about these photographs but also falls in love with Mae in the process. We also see featured Lil Real Howery as Michael’s cousin and Teyonah Parris as his wife.

This movie is carried by its talent, with really strong performances from most of the cast. Issa Rae is proving herself to be a talent on the big screen and she even brings fellow Insecure actor Y’lan Noel along for the ride, who gives an incredible performance as the young version Isaac. As an older version of Isaac, we have Rob Morgan, and let me tell you what… I think I’m going to join the Rob Morgan fan club because he has been killing it lately. He should have been nominated for his performance in Just Mercy and here, he gives another nuanced yet dynamite performance, as a man coping with lost love and years upon years of regrets.

While you’d expect this movie to be dramatic, you wouldn’t necessarily expect this movie to be funny. It surprisingly is, usually anchored by Lil Rey (who is funny in nearly everything he does). The funniest moment in the film belongs to one of his character’s daughters and it’s more what she almost says that makes it hilarious. I wasn’t expecting that sort of comedy here but it was definitely appreciated.

While the performances were solid, the movie itself didn’t always work. There are some major pacing issues, as the movie feels a lot longer than it needs to be. There’s an emphasis on feels longer because it’s not the runtime that’s the problem, it’s that the movie just crawls at times.

I also struggled with the chemistry between Issa Rae and LaKeith Stanfield. It didn’t feel earned. They’re essentially strangers, so there’s very little at stake here. I was much more interested in the backstory of the mother and what happened to her (and how that’d impact Issa’s character).

Also, there’s a few reveals that are meant to be third-act twists, that are telegraphed way early and kind of undercut the actual reveal, since I was expecting the moment throughout the whole movie. Not sure if this makes the movie worse, but it definitely lessens the impact of the reveal for sure.

The Photograph is good. It’s a solid drama, with great performances across the board. However, I was a little underwhelmed by the chemistry between Issa and LaKeith’s characters and the big third act reveal was something I saw coming since the first few scenes. It’s a movie you’ll enjoy but likely won’t remember in the long run. 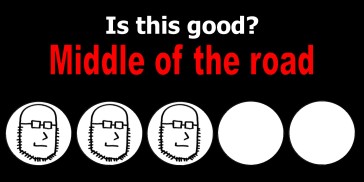