Here we follow the story beginning in 1988 of a man named Walter McMillian (Jamie Foxx) who has been sentenced to death, even though he’s innocent. A young lawyer named Bryan Stevenson (Michael B. Jordan) has just started an organization to help with exactly this, alongside his first employee Eva (Brie Larson). The District Attorney (Rafe Spall) is convinced that McMillian is guilty, based on the testimony of a white felon (Tim Blake Nelson). On death row, McMillian has made friends with two other men (Rob Morgan and O’Shea Jackson Jr), whom Stevenson also tries to help.

This is based on a true story, based on the book written by Bryan Stevenson himself.

I hate January, let me tell you why. We’re finally getting films that opened in 2019 but in limited release so that they could qualify for the Oscars. I already did my top 10 of the year and then I find a movie like this, that is absolutely incredible, and it’s too late to include it.

Just Mercy is a powerhouse, absolutely full of thrilling and suspenseful drama, with gutwrenching performances. Our leads, of course, deliver excellent performances, highlighted by Jordan and Foxx. Brie Larson is convincing, but my favorite standout performances go to supporting actors Rob Morgan and Tim Blake Nelson. Rob Morgan, who’s played supporting roles on Stranger Things and in The Defenders series on Netflix, does something incredible here. In just a few scenes, he becomes such a sympathetic character that awaiting his execution becomes a tragic and tearful journey. And then we have Tim Blake Nelson, who plays the felon responsible for pointing the finger at McMillian. The sort of persona he develops here is incredibly detailed, full of tics and mannerisms that make this character leap from the screen. I’d love to see both of these men get Supporting Actor nods, if there was indeed any justice in the world.

Aside from the performances, this movie’s story is incredibly enthralling (helped by the ‘true story’ element). You’ll be relieved (or maybe saddened) to hear that this is a mostly accurate account, including all the ups and downs. The end credits include a lot of ‘what happened next’ information so wait until the crawling credits begin. The movie does a weird thing where a few names pop up, then another “And this person went on to do xyz.” But most of the theater had left already! So wait until the long crawl of credits begins.

Without spoiling anything, I also appreciated how this film handled our white villain characters, including the District Attorney (why is Rafe Spall always a villain?). Some of these various characters show signs of change but they don’t receive a redemption arc that would’ve undercut this story’s message. It’s not about that redemption, you know?

Very little. The pacing was perfect, the emotional moments hit like a brick, and there was enough suspense to have you second-guessing how the movie might play out.

What a film. It’s rare for a movie to have this many Award-worthy performances. Jamie Foxx, Michael B. Jordan, Brie Larson, Rob Morgan, and Tim Blake Nelson could all receive nominations and no one would bat an eye. You pair those performances with a gripping story of hope, you end up with something truly special. This is a must-see for everyone, be it in the theater or added to your queue to rent at home eventually. 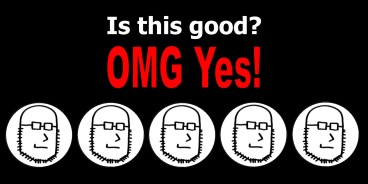