(Review) Jumanji: The Next Level

(Review) Jumanji: The Next Level.

The second (or maybe first, if we’re relaunching the franchise) Jumanji was one of the few examples of a franchise being rebooted that actually worked. How could you go wrong with heavyweights like Dwayne Johnson, Kevin Hart, and Jack Black? Well, can they recapture this magic again? Let’s see.

In the first movie, four random high schoolers were thrown together into a video game, where they had to finish the game to escape with their lives. Their avatars were four adventure characters played by Dwayne Johnson, Kevin Hart, Jack Black, and Karen Gillan. In this sequel, one of them wants to revisit that feeling of adventure and goes back into the game, so the other three must follow. This time however, it also pulls in one of their grandfathers (played by Danny DeVito) and an estranged friend of his (Danny Glover). The twist here is that different people now inhabit the avatars, so the cranky old DeVito is in the body of The Rock, for example. This shakes things up a bit, as our heroes try to navigate a new challenge, facing off against a new threat (Rory McCann, the Hound from Game of Thrones).

In the first film, it was enough to see these stars play off each other. The Rock was pretty much being the Rock, while Kevin Hart was pretty much Kevin Hart, but that was okay. The movie was still surprisingly funny. Here, it goes even further, where our heroes are now all playing against type (except for Karen Gillan, whose man-killer character remains pretty much the same). With Dwayne Johnson imitating Danny DeVito, while Hart imitates the slow-speaking Danny Glover, we get a lot of new dynamics and all of them are hilarious. Even Jack Black, who stole the show in the first film, manages to once again deliver a constant barrage of laughs. He’s at the top of his game here. As a comedy, this movie is one of the best of the year, I can’t believe how much I laughed.

In terms of plot, it’s a much simpler story than the first one, which allows for more freedom to have fun, as opposed to relying on plot. It’s a straight forward mission, though we do get a few fun reveals, including cast members that have been relatively hidden from promos (and I won’t spoil here).

I was also impressed with the action sequences here, looking great visually and being surprisingly suspenseful. Since our characters can die, it adds a little extra suspense when you think that might happen. 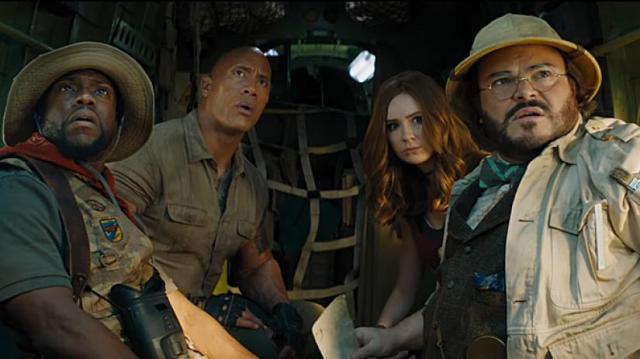 This movie doesn’t take any risks. It’s a fairly predictable story from start to finish, though I don’t think people go into this movie wanting something innovative.

I also keep praising the comedy chops of Johnson, Hart, and Black, but that leaves Karen Gillan a bit behind the pack. She’s not a natural comedian, and she seems to struggle even more here than she did in the first. Her moments were the weakest of the bunch.

In general, I think this might be a step up from the original film, but it may just be recency bias. I laughed more than I expected to, with most of the cast delivering some incredible comedic moments. The additions of Danny DeVito and Danny Glover added a new twist to the formula and it totally worked, resulting in a fun and suspenseful few hours that most of you should really enjoy. 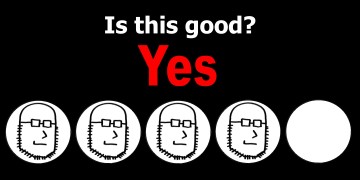