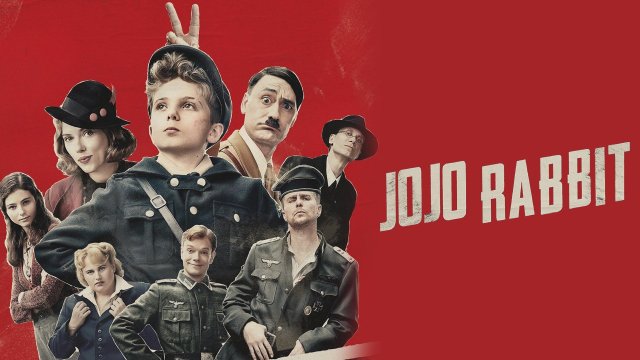 It’s World War II and little Jojo (Roman Griffin Davis) wants to be a Nazi and fight on the frontlines, encouraged by his imaginary friend Adolf Hitler (played by the film’s writer and director Taika Waititi). At home, his mother (Scarlett Johansson) has been hiding a young Jewish girl (Thomasin McKenzie), which has little Jojo confused about what’s right and wrong. To prepare him in the Hitler Youth, we have various instructors played by Sam Rockwell, Rebel Wilson, and Alfie Allen (Game of Thrones). 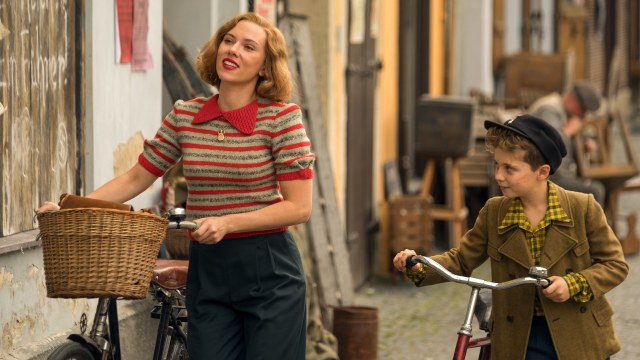 This is a tough movie to wrap your head around. I think it’s a brilliant satire, making the Nazis of that era laughable and ridiculous, yet it also has some dark moments of terror, as the reality of what they’re doing hits our young protagonist. It blends these things perfectly, giving us a lot of laugh out loud laughter, yet also some moments where I was absolutely sobbing. It runs the entire emotional spectrum.

The performances across the board are fantastic. Our lead has never been in a film before, but he absolutely crushes it. We also get amazing (though expected) performances from Johansson and Rockwell, as well as a confusingly funny and yet terrifying portrayal of Hitler by Waititi. The movie walks a fine balance between humor and the harsh reality of the time.

I also want to commend Waititi as a director, because there are some incredible little moments that you’d miss if you blinked, so it’s jam-packed with little jokes or subtle foreshadowing. He also brilliantly directs the more intense sequences as well, though I can’t describe them for fear of spoiling those moments. 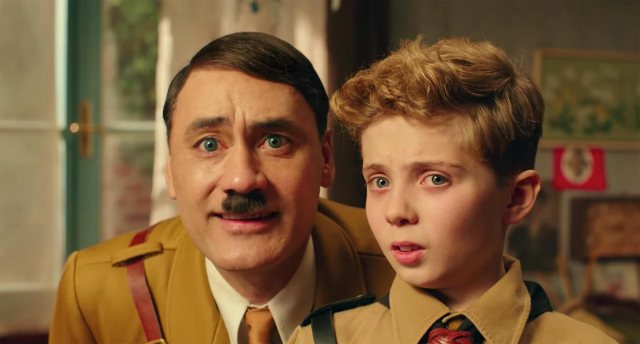 There is really only one thing that managed to knock this down a peg and it’s something I can’t really go into. There is just a big missed opportunity in the climax, revolving around Waititi’s Hitler and how this storyline is resolved. I found it unsatisfying and it deserved a better end, so the movie ended on a bit of a sour note for me.

Also, some people might have a hard time with the idea of satirizing Hitler and the Nazis. It can feel like it’s making light of some terrible people or belittling the horror that occurred. If you’re not onboard for that and philosophically disagree with this being made into a comedy film, nothing in the movie will change your mind.

If this sounds like something interesting to you, you won’t be disappointed. You’ll laugh and you’ll cry, then you’ll laugh again. It’s a beautifully made satire, if you’re onboard with the idea that Hitler is (in this boy’s mind) a dancing and joking maniac. I found a lot to enjoy here and I think most of you will too.