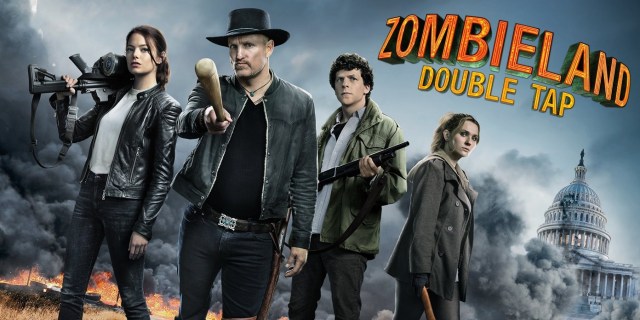 It’s been ten years since the first Zombieland and now we catch up with our crew. We have the reckless Tallahassee (Woody Harrelson), the neurotic Columbus (Jesse Eisenberg), and the two sisters (Emma Stone and Abigail Breslin). When this movie begins, they’re making their way to the safest place they can imagine: the White House. Their calm and safe existence there is thrown off when Little Rock (Breslin) falls for a free-spirit from Berkeley (Avan Jogia) and they run off together.

Columbus and Wichita (Stone) also have a bit of a rough patch, resulting in Columbus finding a new love interest, Madison (Zoey Deutch). We also have supporting roles for Rosario Dawson, Luke Wilson, and Thomas Middleditch. 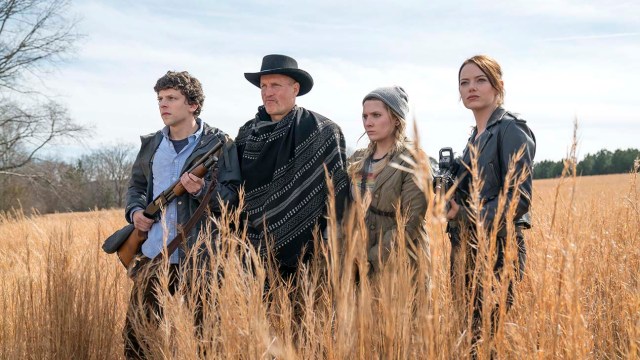 Like the original Zombieland, the sequel is highly stylized, as text flies across the screen as Columbus recites his rules for surviving zombies. It’s a funny movie also, full of clever one-liners and witty banter. The surprising highlight for me was the addition of Zoey Deutch as Madison. I could see some audiences being really annoyed by her character, but I found her 85% of the time to be really funny, usually the funniest when she wasn’t even the focus. It’s a big 180 from her role in The Politician, so this girl has range.

Out of the original four, I think the highlight this time around was Eisenberg, especially in his interactions with Thomas Middleditch, who plays a doppelganger of sorts to Columbus.

In terms of action, this movie also has its fair share, considering the threat they’re up against. The action sequences are fun and rightfully suspenseful, especially the climax of the film. The gore is over the top, yes, but obviously fake so it shouldn’t bother most of you too much.

Out of the core four, I think Breslin maybe got the short end of the stick. Sometimes when child actors grow up, they don’t quite keep their charm. I worry that this might have happened to her, because her scenes felt brief and uneventful. And while I know Emma Stone is immensely talented, her role here had her relegated to love interest with very little else to do, so the women didn’t fare too well this time around.

And like I said above, I feel like Zoey Deutch was a hilarious addition, but I could easily see some people really disliking her / that portrayal. 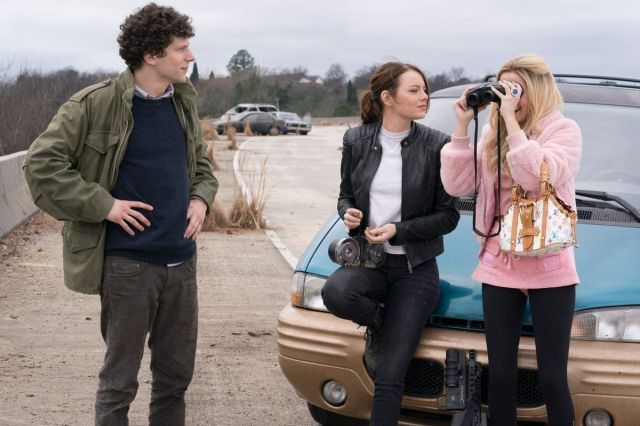 This isn’t a great film but it’s a fun film: lots of creative killing of zombies, some hilarious back and forth, and a flashy visual aesthetic to keep you entertained. The addition of Zoey Deutch will be divisive, I found her to be hilarious, and the role of the women in general is downplayed and relegated to romance. If you enjoyed the first Zombieland, this one likely won’t disappoint. 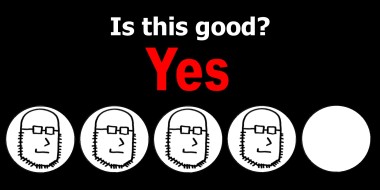