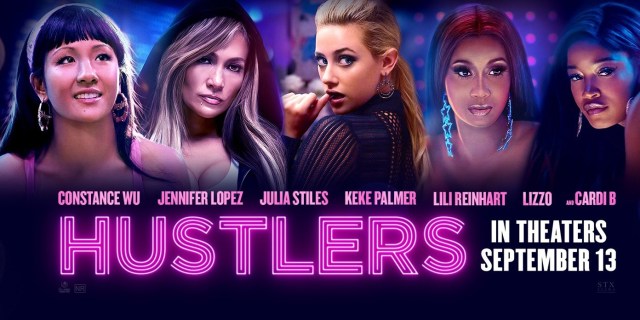 I don’t think many of you are expecting greatness from Hustlers. It’s been relatively under-marketed and it’s suddenly in theaters this weekend. But maybe low expectations will make this movie really enjoyable for a lot of you.

We follow Destiny (Constance Wu) as she struggles to make ends meet, ending up with a dancing job to pay the bills. She’s not very successful, at least until the queen of the club Ramona (Jennifer Lopez) takes her in and shows her the ropes. For awhile, everything is great in the club. We have supporting actresses Lili Reinhart (Riverdale), Keke Palmer, Cardi B, Lizzo, and more. Cardi B and Lizzo have been marketed as major stars of this film, but that is absolutely not the case, FYI.

Things go downhill with the crash of the stock market, so Ramona and her girlfriends start to take advantage of the Wall Street creeps and take their money. It’s not quite legal, so we get foreshadowing that something major goes down.

The story is told in flashbacks, as Destiny recounts this story to a journalist (Julia Stiles). 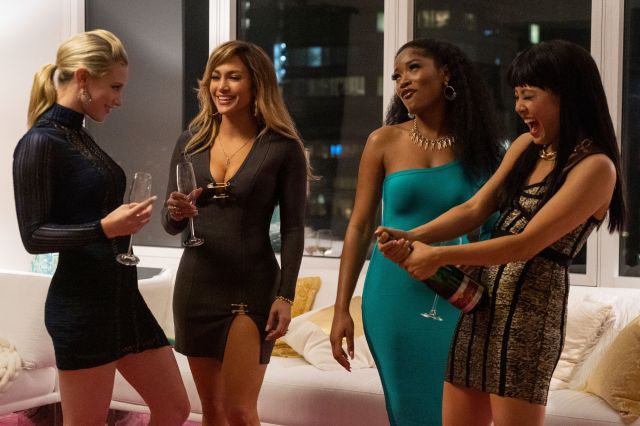 Without a doubt, this is Jennifer Lopez’s best performance. You might say ‘…but what about Selena?’ and I’d still agree that this is top notch. This movie goes beyond what you’d expect and really allows a lot of these women moments to shine and some real emotional depth. The blossoming friendship between Jennifer Lopez’s Ramona and Constance Wu’s Destiny is incredibly authentic, full of great moments and tragic moments and lots of complicated emotions. The setting of a strip club may make you think this is not a serious film, but there’s actually a lot going on here.

In addition to being surprisingly deep, it’s also surprisingly funny. One of my favorites was Riverdale’s Lili Reinhart. I’ve never seen Riverdale but she was hilarious here and I won’t spoil why. The genuine joy in a lot of these scenes is intense, which counters perfectly with the dark and tragic.

So if you’re looking for a character piece with complicated characters and a topic asking what someone would do (or wouldn’t do) for money, this might be right up your alley.

Now, this film isn’t perfect. There’s a lot wrong that keeps it from getting the highest marks from me.

The format of the story isn’t ideal, framed by Julia Stiles interviewing Constance Wu. It rids the story of suspense, as you know from the outset kind of how it turns out. It’s also jarring to jump back and forth. Ultimately, a straightforward narrative excluding Stiles’ character would’ve likely been an improvement. In the end, she didn’t add anything and only helped to muddy the waters a bit.

This movie also makes a few choices that undercut its potential, possibly because it’s based on a true story. There are consequences to them stealing this money, as they rob all sorts of folks, some who may not necessarily deserve it. These are just bumps in the journey, where there could have been some real exploration of the consequences and potentially some hard-hitting emotional moments, which we don’t get here.

Similarly, we have characters that get discarded and never returned to. Lizzo and Cardi B, while touted as headliners, only appear in the first act. There is a significant boyfriend that disappears, there’s a storyline about parents disappearing, and there’s plenty of victims who likely have much more story than we got to see here. The pacing moves quick, so some characters get no resolution or closure. 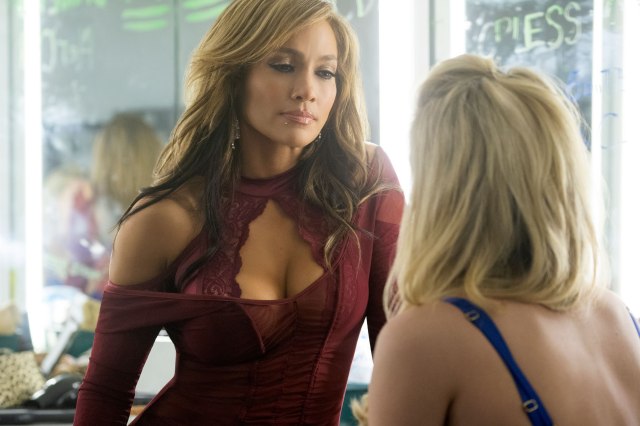 Hustlers is better than you probably imagined it would be, including a career-defining performance from Jennifer Lopez. Constance Wu also delivers, giving us a pairing of women that truly steal every scene they’re in. It’s a fun movie, with some great levity, but also delivers some emotion and heavy moments. Unfortunately, its framing structure undercuts its message and some great sideplots were left unexplored, ultimately keeping it from truly rising to the top. For most of you, this will be a fun and interesting journey. 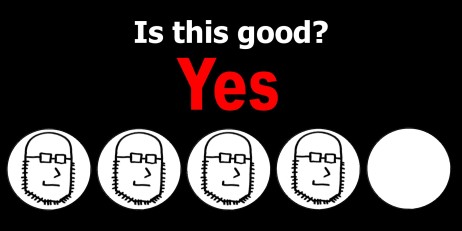