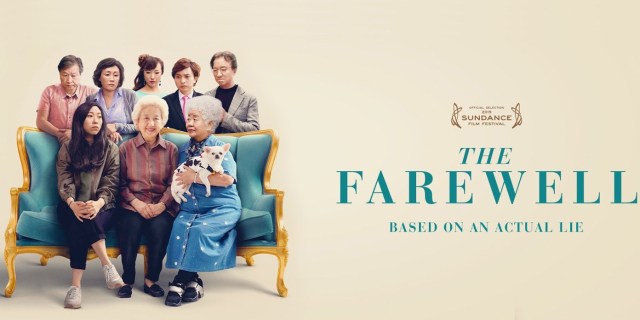 I had heard a lot about The Farewell, praising Awkwafina for her performance here. So, my wife and I went out of the way a bit to find a theater that was showing this. Did it live up to the hype?

Billi (Awkwafina) has been living in New York, disconnected from her family in China. She returns back to China when it’s discovered that her grandmother Nai Nai (Shuzhen Zhou) has cancer and is dying. Here’s the kicker: she doesn’t know. In China, a family can choose to not disclose this, so the family chooses to lie to the grandmother and let her live in ignorance. They also stage a fake wedding as a ruse to get the entire extended family together to say goodbye to her, though she has no idea. Will Billi go along with the lie? Or tell the truth to her dying grandmother?

Almost the entire movie is in Mandarin, with subtitled English. Other stars include Tzi Ma and Diana Lin as Billi’s parents.

The biggest strength of this movie is its heart. It’s a family with very relateable problems and convincing relationships. Some of our characters aren’t actors, including Nai Nai, the grandmother who is the crux of this entire film. It feels authentic and realistic, like we’re just peeking into this world. Awkwafina does a decent job here, especially considering her past performances have all been comedic roles. I don’t think she’s the revelation that others have hyped her up to be, but she does a fine job.

I also think they’ve made China a character unto itself. The locations are all intriguing, at once feeling both foreign and familiar. It’s a very different China than is usually showcased in major films that hit the United States, so it was refreshing.

There’s a few things that really dropped this a few pegs for me, potentially because it was so overhyped and my expectations were maybe too high.

First off, this movie can really slow to a standstill at times. The director Lulu Wang has only one other full-length movie on her resume, so I chalk some of this up to inexperience. There are plenty of slow motion moments with people walking, or zooms into people’s faces. Things that don’t really add anything and instead slow the film to a crawl. There’s not a lot of plot here, so it feels like they padded the runtime a bit.

My other major gripe is how the film ended, so I can’t really get into it without spoilers. You don’t really get the sort of release or climax that you expect and it ultimately undercuts the whole experience. As the credits rolled, I didn’t get the experience that I wanted or expected from this film. 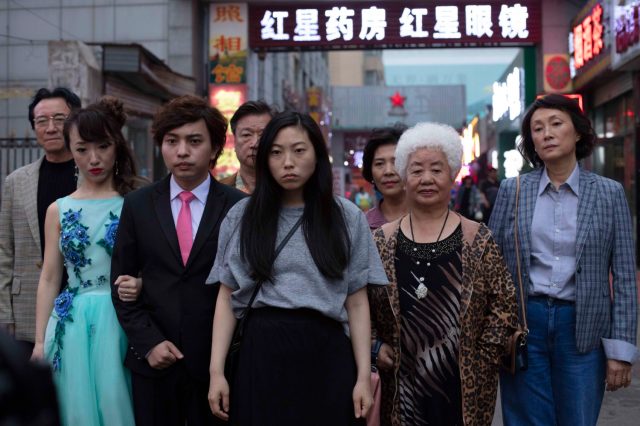 This is a fine film. It showcases a Chinese family in a way that isn’t often shown in mainstream Hollywood and it characterizes the country itself in a unique way as well. It’s got heart, but ultimately undercuts the emotion and doesn’t deliver the sort of climax you might be hoping for. Awkwafina does a fine job, though I wouldn’t put too much stock in her winning any awards for this.