Review: Once Upon a Time… in Hollywood

Once Upon a Time… in Hollywood.

This is the ninth movie by Quentin Tarantino. By now, you probably have an idea if this is your cup of tea or not. You might love these films or you might be incredibly put-off by them. If you’re already a Tarantino fan, why are you even reading this? It’s a no-brainer, you’ll go see this. If you’re not a fan, I’m not sure this movie will be the one to convince you.

It’s 1969 and we follow actor Rick Dalton (Leonardo DiCaprio) and his stuntman Cliff Booth (Brad Pitt). Dalton is going through a rough patch and is trying to redeem his name, while Cliff gets distracted by a woman (Margaret Qualley) who it turns out is part of the Manson Family, a cult following Charles Manson who ended up murdering people. One of their famous victims is the actress Sharon Tate, played here by Margot Robbie.

Now, I think it’s important that you know that the Manson Family was involved in the death of Sharon Tate because the movie doesn’t really tell you much, I don’t even think the word “Manson” is said at all, they only allude to the character as “Charlie.” If you don’t know this history or what these people were up to, I think this movie would be much more confusing, so I’m telling you now.

There’s a few things you can always rely on Tarantino for. Firstly, the movie is gorgeous, bringing that era to life completely. They drive through Los Angeles and you can tell a lot of work went into either physically or digitally transforming the city. His shots are long, allowing these incredible actors to just breathe. Some of the movie’s best moments are seemingly inconsequential, just these characters living in this world.

Brad Pitt and Leonardo DiCaprio absolutely shine here. DiCaprio has much more of an arc, as he struggles to remain relevant, but Pitt’s character gets plenty to do as well. These are two of today’s best performers, so undoubtedly they deliver here.

Our supporting cast also shine, including a hilarious performance from 10-year-old actress Julia Butters, whose back and forth with DiCaprio is one of the highlights of the film.

If you’re looking for a high-level movie that might challenge you and not handhold your experience, this might be it.

This movie isn’t a solid pick for casual audiences. If you’re just looking for escapism, this movie’s nearly 3-hour runtime might discourage you. And in those 3 hours, very little happens. This movie, like some of Tarantino’s other films, doesn’t have much of a plot. I could spoil the entire plot in a line or two. This is just characters living and doing, sometimes planting seeds for things that never come to pass.

The biggest complaint I can see coming is Margot Robbie’s Sharon Tate, a real life actress. If you’re not familiar with Tate and her unfortunate death in real life, you may be wondering the whole time who she is and what she has to do with this movie, and there’s no payoff for her character. If you do know and can see what’s coming, you might find the movie’s climax a little more interesting.

So, if you’re not interested in the journey, a lot of this movie can feel slow and uneventful, plenty of long driving shots with no dialogue. It’s beautifully shot but may feel unnecessary.

Also, there is some violence in the climax that made me incredibly uneasy. Now, I loved films like Kill Bill so I understand Tarantino’s penchant for violence in his movies, but some of these shots still made my stomach turn, so a warning to those of you with weak stomaches. 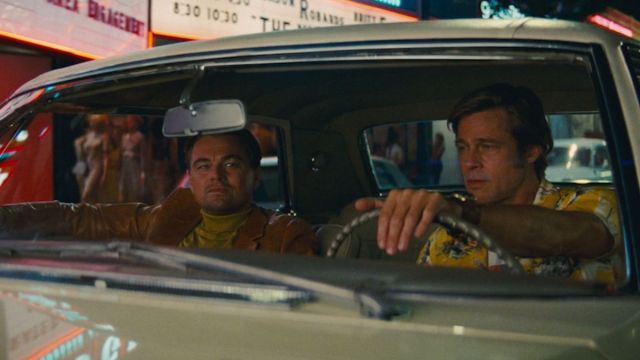 This is a mixed bag, so I’m going right down the middle. However, this means some of you might absolutely love this film. You’re okay with the slow pace, the performances are solid, and you knew enough about the history to appreciate what Tarantino has done. On the flip side, some of you will hate this. You don’t appreciate the stretches of silence, you don’t know the history and so Margot Robbie’s character felt pointless and disconnected, and you ultimately felt it was a waste of time. This is a hard movie to rate, since it’s likely so dependent on YOUR attitude going in. For me, it was right down the middle.