Following in the footsteps of other recent musical biopics like Bohemian Rhapsody, this movie tells the story of Elton John, a story of struggle and addiction. It reunites lead actor Taron Egerton with director Dexter Fletcher, who also directed Eddie the Eagle (which I really liked). Fletcher also was a Producer on Bohemian Rhapsody and even finished directing the film when the first director Bryan Singer was fired mid-production, so this isn’t his first foray into this type of film.

Born Reginald Dwight, this is the story of Elton John’s (Egerton) rise to fame. He has a complicated relationship with his parents (Bryce Dallas Howard and Steven Mackintosh) but finds solace in music, eventually teaming up with songwriter Bernie Taupin (Jamie Bell) and an ambitious agent John Reid (Richard Madden, Game of Thrones). It covers most of Elton’s rise, focusing on his troubles with drugs and alcohol and his somewhat secretive (at the time) love life. 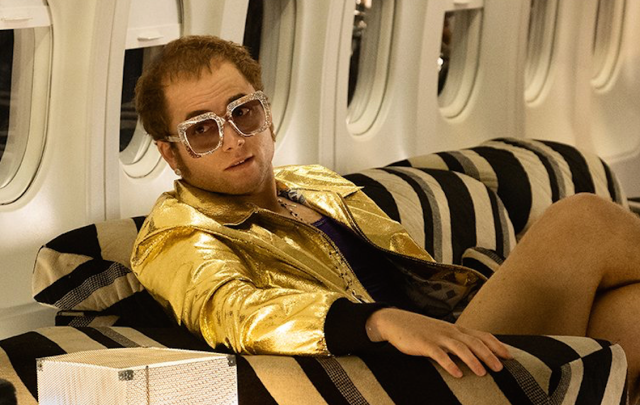 Taron Egerton is undoubtedly one of the best young actors out there today. If you need further evidence than his performance here, watch Eddie the Eagle and the Kingsmen franchise. There are no three characters more different. Here, he absolutely becomes Elton John, both in his acting performance but also his vocal performance as well, recreating most of Elton’s classics seamlessly. Summer movies aren’t usually big contenders for Oscars but I hope we see the Academy remember his performance here when the nominations open.

The movie itself is also really interesting. Where Bohemian Rhapsody only featured music as they performed it live, this film is much more of a musical where the characters will break out into song, using Elton’s biggest hits to showcase his emotional ups and downs. This movie isn’t literal, as we see Elton John step back into his own memories and literally confront his younger self. It’s not realistic but it’s completely entrancing.

I also want to give a shout out to Jamie Bell, who serves as Elton’s best friend and songwriter Bernie. Bell has had some unfortunate turns in Hollywood, often dragged down by bad movies, but here, he gives an incredible performance and his chemistry with Egerton is perfect.

This musical style (and embellished reality) doesn’t always work and there’s a few sequences that either took too long or maybe weren’t executed properly, where the surreal idea they were trying to execute took me out of the movie. One sequence just spun the camera in circles and I literally had to look away as I was getting dizzy.

Rocketman is a fantastic film, anchored by a jaw-dropping transformation from Taron Egerton. It’s a sometimes heartbreaking journey but there are enough high-energy songs to keep you engaged throughout. There’s plenty of style and flash, including huge dance numbers, but Taron’s performance also gives us a lot of subtlety. This movie’s only fault is that sometimes the creative vision doesn’t always translate, so some of these wild sequences overstay their welcome or don’t land at all. For most of you, this should prove a really entertaining and engaging story, made better by the fact that Elton John himself was involved in its making. 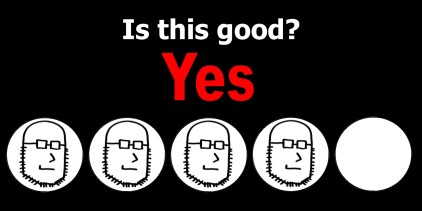