This is going to be a divisive movie, as the original cartoon is beloved by many and it’s going to be near impossible to somehow improve on that. The trailers have been met with hesitation, leading to a rocky start for this film.

Aladdin (Mena Massoud) is a street rat in the city of Agrabah, stealing to survive and accompanied only by his monkey Abu. He encounters a mysterious woman who turns out to be the Princess Jasmine (Naomi Scott), disguising herself to see the city. Back in the castle, the Sultan (Navid Negahban) is being puppeteered by the nefarious Jafar (Marwan Kenzari). Jafar wants to wage war and take over the kingdom, so he seeks out a powerful artifact, a lamp that can summon a magical Genie that grants wishes. Jafar uses Aladdin to steal this lamp, though Aladdin is smart enough to keep the lamp and releases the Genie (Will Smith) to grant him three wishes, the first of which is to become a prince and impress Jasmine.

The movie is directed by Guy Ritchie, whose diverse portfolio includes Sherlock Holmes, The Man from U.N.C.L.E., Snatch, and Lock, Stock, and Two Smoking Barrels.

Now, I went in with super low expectations. The clips I saw online were pretty horrible, the effects for the Genie looked subpar, and overall I didn’t understand why this movie needed to be made.

However I was pleasantly surprised, let me say that. In context, it totally worked and in someways it even improved on the animated feature. I had a grin most of the movie and I found myself enjoying it much more than I expected.

Let’s start with Will Smith. He doesn’t compare to Robin Williams, obviously, but he’s not really trying to. His take on the Genie is different, capitalizing on Smith’s charisma and wit, giving us a very different type of character. He’s much better when not done via CGI, those effects were some of the worst in the film. I found myself laughing constantly, so if you go into this movie wanting humor, you’ll find it.

I also want to talk about the music. Yes, they’re songs we already know (for the most part) so it can be tough to compare to the originals, yet I found most of the music to really hit the mark. “Prince Ali” was released ahead of time and received some negative attention but let me say… In context, “Prince Ali” was really cool and the music playing in the theater adds something that you don’t get when watching from your phone or whatever. There’s also a few songs added to give Jasmine something else to do. While they weren’t catchy or toe-tappers, they did fill in some much-needed backstory for her character.

Let’s talk about Jasmine. Naomi Scott, who I’ve only seen as the Pink Ranger in the recent Power Rangers reboot, nailed it. Her Jasmine is much more three-dimensional than the cartoon, both from her performance and some additional sequences not found in the cartoon. Mena Massoud, who played Aladdin, was fine, but it was really Naomi Scott who carried the heart of the movie. 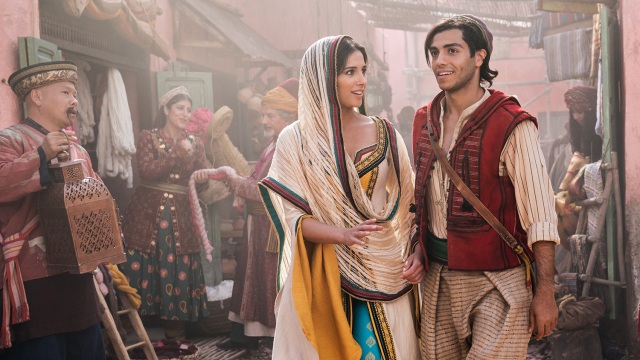 You likely don’t need this movie in your life. If you’re a fan of the original, this doesn’t really do anything different. It fleshes things and maybe expands on some aspects that the cartoon didn’t dive into, but that’s really it. So a lot of you might just feel apathetic about this film in general.

There’s also a level of polish that isn’t really here. The visual effects for the Genie are really hit or miss (mostly miss). Some of the set designs look a little too artificial. There’s even a few sequences that appear to be sped up in post-production to match the audio track, which was super distracting.

Most of you don’t need this film, but you still might have a great time here. I was totally onboard from start to finish, laughing much more than I expected, usually due to a surprisingly decent job from Will Smith. I found Jasmine to be much more compelling than Aladdin, but ultimately I found this movie to be surprising, maybe because my expectations were pretty low to begin with. If you lower your expectations, you might find this to be a great (though flawed) time at the movies. 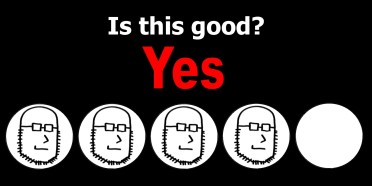