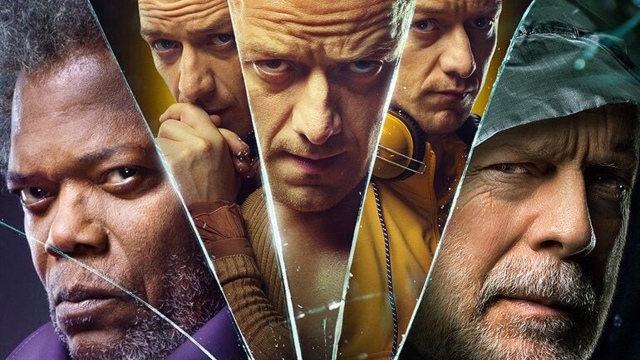 The film Unbreakable 19 years ago helped to launch M. Night Shyamalan’s career, giving us a superhero story unlike any other. We were then surprised by the film Split, which turned out in its final moments to be a sequel to Unbreakable. And now, these films come together. Can the divisive M. Night deliver something that resembles his early classics?

As the film opens, David Dunn (Bruce Willis) is wandering the streets, hoping to catch a clue to find the serial killer known as “The Horde,” a man with Dissociative Identity Disorder, all of whom worship their most powerful personality called The Beast (all played by James McAvoy). With the help of his son (Spencer Treat Clark), Dunn and the Beast collide and things spiral out of control, with all of them ending up in a psychiatric hospital. The doctor there (Sarah Paulson) already has one patient there, the infamous Mr. Glass (Samuel L. Jackson) who is heavily sedated, so that he can’t out-think the staff of the hospital and escape. Obviously things don’t go well, as Mr. Glass and The Beast find themselves a mutual enemy in David Dunn.

It’s great to be back in this world again, so fans should have a fun time revisiting these characters. While we just saw McAvoy in Split a few years ago, it’s nice to catch up with Willis and Jackson whose characters we have 19 years of catch-up to do. They also cleverly use clips from Unbreakable (and even a deleted scene), which was a cool way to connect these movies.

The actors all do an incredible job too. McAvoy obviously nails it, delivering another stellar performance. Samuel L. Jackson also does a great job, though unfortunately Bruce Willis gets much less to do. Newcomer Sarah Paulson is great at what she does, though I had some problems with the story revolving around her character.

There’s a few big problems here. Not to spoil anything, but the story goes in a direction that leaves you shaking your head as the final scenes play out. This is not a triumphant climax to the story, this story ends up relegating our main characters to become pawns in what seems to be a launching point for a new series of films (or at least M. Night likely hopes so). As the third act plays out, you’re teased with incredibly cool things that might happen and instead we get a traditional curveball that undercuts the film and will leave most fans underwhelmed and disappointed.

I also mentioned that Bruce Willis here is vastly underused. This movie really belongs to James McAvoy, with Samuel L. Jackson taking the reins in the third act. Willis’ David Dunn character has no arc, nothing changes. He’s just a plot mechanism, not the character that we loved from Unbreakable.

There’s also some major problems with the camera work here. Mostly in the action sequences, we get these reverse camera shots, where it looks like the camera is mounted to the actor and facing back at them. It’s jarring and weird and happens over and over, in a few big fights usually revolving around Dunn and the Beast. There are also other moments where a “unique” camera shot takes you out of the movie completely, such as a shot where the camera follows an actor passing up and the frame turns upside down. It’s not cool or interesting, it’s incredibly distracting.

Also, M. Night Shyamalan delivers his worst cameo ever and proves without a doubt that he should not be in front of a camera. 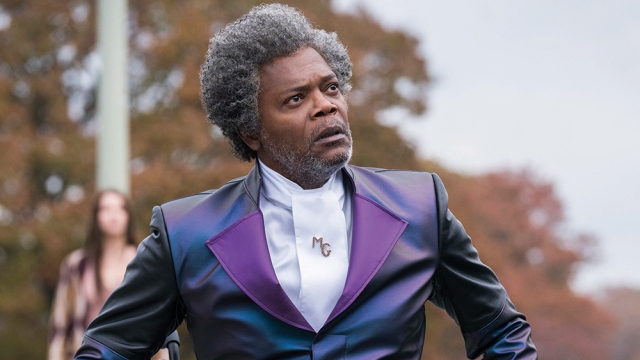 Glass is a disappointment, which is unfortunate. The story goes off the rails, our lead characters become pawns in their own stories, and the technical shooting of this film felt incredibly amateur at points. As the movie closed, it was not the movie I wanted or the movie we deserved after waiting 19 years for a sequel. There are cool moments, the characters are inherently interesting, and Sarah Paulson does her best to weave these worlds together, but it just doesn’t quite work.