Sometimes, smaller films like this come and go without anyone really seeing them in theaters. They might even get award nominations but a majority of mainstream audiences won’t even know what this is, so let’s dive into my experience with Boy Erased and let’s see if you need to make a detour to catch this one before it leaves theaters.

We follow college student Jared Eamons (Lucas Hedges, Manchester by the Sea) as he is sent to a conversion therapy center, a place where supposedly young gay men can be converted through Biblical lessons, extensive therapy, and sometimes even physical violence. Jared’s father Marshall (Russell Crowe) is a Baptist preacher, while his mother Nancy (Nicole Kidman) turns a blind eye to what’s happening at this therapy. This intense curriculum is led by the intense Victor Sykes (Joel Edgerton, who also wrote and directed this film).

This movie is packed with some incredible performances. I don’t doubt we’ll see some nominations for major awards. Lucas Hedges was a small part of what made Manchester by the Sea work but he holds this entire movie up, delivering a nuanced and intense performance. He’s one of the best young talents out there and he shows no sign of slowing down. He’s complemented by an incredible performance from Nicole Kidman, who should receive a Supporting Actress nomination, if all is right in the world. This movie feels authentic and that’s terrifying, due to these incredible performances. Russell Crowe and Joel Edgerton are good but they don’t get the sort of big moments that Kidman and Hedges get, so when the credits roll, Crowe and Edgerton just don’t stick out to you as much as the others.

This story is intense, based on a true story. It can be hard to watch but this is an important movie, tackling how LGBT issues and religion intersect, and how conversion therapy is killing our youth. No matter where you stand on the spectrum, this movie should provide some interesting insight and bring up questions and perspectives you may not have considered.

I also appreciate the structure of the film, using Jared’s therapy activities as a way to initiate flashbacks, showing us little by little what he’s gone through to get to this point. The movie keeps you on the edge of your seat from beginning to end. 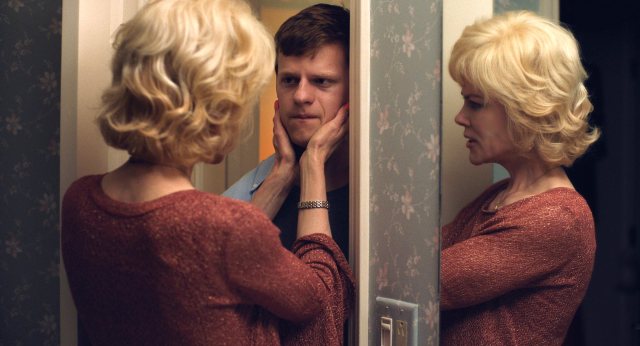 While yes, this will be up for major awards, it’s not perfect.

My biggest problems come with the film’s conclusion, as it doesn’t really nail the landing. Maybe this is because it’s based on a true story and true stories don’t have Hollywood endings? Regardless, the ending feels a little lackluster compared to some of the big payoffs leading into the climax. Some major characters get no resolution, except one-line of text that read like “This person then did this with their life” just before the credits. Moments that I wanted to see, moments that I wanted to punch me in the gut… These moments just didn’t happen, meaning the film ends with a whimper rather than a bang.

Boy Erased is a great film, highlighted by some exceptional performances. Lucas Hedges and Nicole Kidman are the ones to talk about here and will be a major point of discussion leading up to award season. This is an important movie, but it might be a difficult watch for some of you, especially if you are already struggling internally with the cohesion of LGBT rights and religion. It brings up big questions that you’re left to answer on your own, but it does so beautifully.