Review: The House with a Clock in its Walls

The House with a Clock in its Walls.

The award for worst name of a movie this year goes to… Well, probably The Meg. But The House with a Clock in its Walls is a close second.

10-year-old orphan Lewis (Owen Vaccaro, Daddy’s Home) moves in with his uncle Jonathan (Jack Black), whose home holds a deadly secret. It turns out Jonathan is a warlock (or “a boy witch”) and he begins teaching Lewis how to use magic as well. Their neighbor Florence (Cate Blanchett) also uses magic, so the three of them must use their skills to stop a dangerous enemy from resurfacing.

The movie is surprisingly directed by Eli Roth, known for directing the Hostel films and other horror films like Cabin Fever.

This movie is much better than the trailers would lead you to believe. This felt like an average Goosebumps type of story where the kid must save the day. And yes, that’s true here, but the movie also manages to do some things really uniquely, though it may throw you for a loop.

This movie, with Roth behind the camera, is actually pretty scary (though admittedly my tolerance for frights is very low). This felt like an homage to Crimson Peak in how it tried to deliver gothic horror, though it was through the eyes of a child. There are images that would be quite frightening for a child, I imagine. While it may be unexpected, it at least gives this movie some personality beyond its cliche story, which also manages to deliver a few dark and somewhat disturbing plot points.

If this makes the movie sound more interesting to you, this might be up your alley. But be warned, it tries to do both things. It’s gothic and dark and surprisingly morbid, but then there is a story of a young quirky boy and plenty of fart jokes courtesy of Jack Black. It’s an interesting marriage of genres but I feel like it’s a narrow scope of audiences that would relish in both worlds. 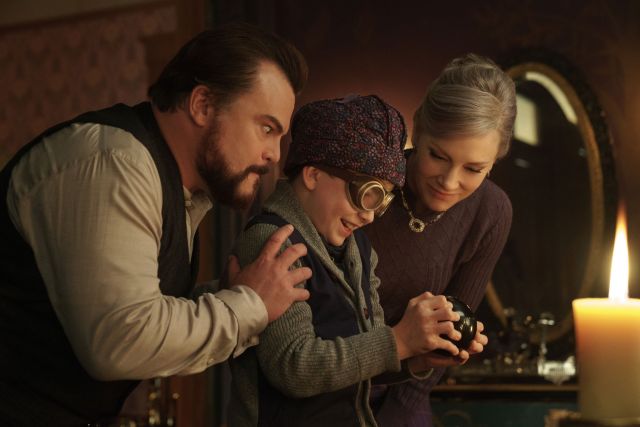 Often times my “what works” section doesn’t work for everybody, so I have to repeat myself here. If you’re not interested in darker subject matters, this movie likely might be too much for you. I’d also caution anyone who wants to bring kids, this movie might be too scary or too adult. Not to spoil too much, but our lead child actor does a blood ritual at one point in the movie, which is way darker than anything I expected.

Tonally the movie also misses in the comedy arena too. Most jokes fall flat, obviously aimed at young audiences. Fart and poop jokes are everywhere, very much at odds with the darker tone.

It also doesn’t do anything too unique with Jack Black or Cate Blanchett. It hints at deeper stories that the book could’ve gone into, but the movie is relatively shallow and both actors stay firmly in their comfort zones. And relative newcomer Owen Vaccaro doesn’t really have the spark to make him stand out.

Like my last review of A Simple Favor, this movie also tried to balance two things and missed doing both. It tried to be a family friendly adventure, though was darker than most kids might appreciate. It then tried to make them laugh with jokes that almost always missed the mark. It’s an interesting movie and some of you may appreciate what it’s trying to do, but I can’t confidently recommend it unless all of the cons for this movie sounded like non-issues for you. 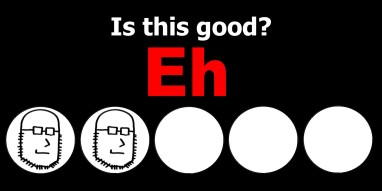 Entertainment. Gaming. Dreaming.
View all posts by adamryen →
This entry was posted in Movies and tagged 2018, cate blanchett, eli roth, gothic, horror, i am your target demographic, iaytd, jack black, own vaccaro, review, reviews, the house with a clock in its walls. Bookmark the permalink.