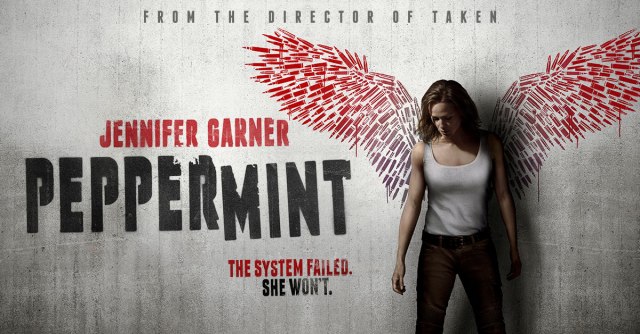 Jennifer Garner got her first break in the action drama Alias so it’s nice to see her returning to her badass roots. This rated-R bloodbath is quite different than her other recent outings, so does it succeed?

Riley North (Jennifer Garner) was spending a nice night out with her husband and daughter when a car drove by, gang members pulling out guns and killing them both, injuring Riley as well. She disappears for 5 years and returns with both the skills and motivation to kill everyone involved in her family’s murder. This goes all the way from the actual men that did it, all the way up to the leader of the gang (Juan Pablo Raba), with hundreds of people in between. The police and FBI get involved but seem to always be a step behind (John Gallagher Jr and Annie Ilonzeh).

The movie is directed by Pierre Morel, known mostly for directing Taken and From Paris with Love. 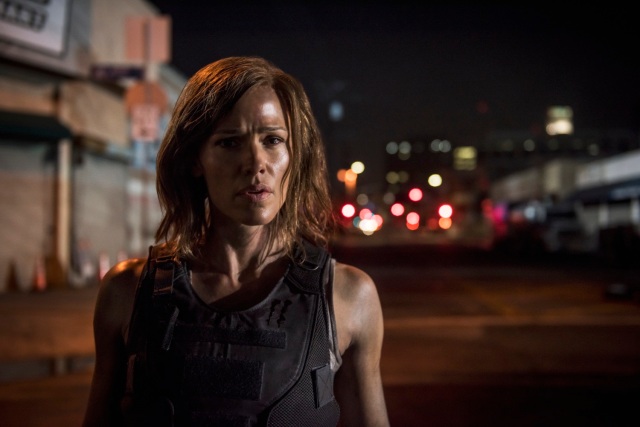 It’s great to have Jennifer Garner back in this role and she sells it absolutely. You can tell she worked hard to physically prepare for this movie, she looks jacked. Her journey to get this revenge is thrilling, mostly due to her convincing portrayal. She sells it on an emotional level, that you absolutely believe a woman can be driven to this, but she also convinces you that she’s capable of killing almost triple digits of unnamed gang members.

The action is usually pretty great, though maybe a bit choppy. It’s incredibly graphic but it’s in a rewarding context, as she gets closer and closer to her goal. The action sequences are probably the highlight of this film.

I also found the story here simultaneously simple and yet there’s a few moments that had me audibly gasp or shriek. Some of the action is so visceral that you can’t help but yelp out loud in empathic pain.

This whole movie feels like it’s from another time and I can’t tell if it’s intentional. The soundtrack is something you’d see on the rack next to Nickelback or Breaking Benjamin. The smash cuts and stylistic edits reminded me of cheesy action flicks like Crank. If Jennifer Garner wasn’t the star, this would be straight to DVD.

It’s also sometimes unintentionally funny, to go along with its corny nature. Actions aren’t always motivated and dialogue isn’t always realistic. On more than one occasion, the crowd chuckled but there was no intentional joke.

Those are my only real complaints but they add up. The cheesy and dated style of the film docks the film a few ratings.

In 2000, this movie would’ve been killer, right up there with The Fast and the Furious and other kind of cheesy action movies. Unfortunately, this movie feels dated now. It’s got killer action and Jennifer Garner really delivers, but the entire movie is dragged down by stylistic choices that are often really confusing. If you can see through that constant factor, you’ll find something really fun here.