I didn’t really have high hopes going into Kin. It’s based on a short film made by the co-directors Jonathan and Josh Baker, who garnered the attention of some big financiers and were able to recreate it as a full-length movie. It’s a bit under the radar, so I wanted to do you a favor and let you know if this was a secret you needed to know about.

We follow Eli (Myles Truitt), a young boy in Detroit. He’s looking through abandoned buildings for scrap when he discovers the aftermath of an alien battle and he finds a gun that he’s able to use. He returns home to his adopted father (Dennis Quaid) and ex-con brother Jimmy (Jack Reynor). His brother owes money to a local scumbag (James Franco) and an adventure ensues that leads Jimmy and Eli across the country, pursued by humans and aliens alike. They encounter a stripper with a heart of gold (Zoe Kravitz) along the way.

For being a relatively low-budget film, the special effects are pretty great. This alien gun has a few ways to fire and each one is pretty spectacular. There are a variety of alien weapons and devices that we get to see used and they’re across the board awesome.

The acting is also to a much higher caliber than I expected. Newcomer Myles Truitt is hopefully here to stay, he does a great job, mostly when he’s paired against other heavy hitters here like Dennis Quaid and Jack Reynor. There’s also a cameo in the climax that shocked me, though when the credits roll, you’ll see their name first as an Executive Producer, so this person was likely one of the causes for this film getting made.

Somehow this movie fails to capitalize on its cool effects and reliable cast, turning this potential adventure into a slow sludge of dialogue. I don’t mind dialogue, but this movie was maybe mismarketed as an action film. In reality, the action is pretty thin until the climax. Unfortunately you’ll likely check out mentally long before this. It’s slow and rather uneventful. Some characters feel unnecessary (looking at you Zoe Kravitz) and the movie ultimately fails to really make much happen. Maybe a short film was a better route, instead of stretching to full-length.

In a movie about aliens trying to recapture an alien weapon, this a major disappointment. I appreciate the brother dynamics and there’s some interesting emotional moments, but 99% of you will go into this theater expecting action. The climax is great and we finally get some cool moments, but the long stretch before that will likely put you to sleep. 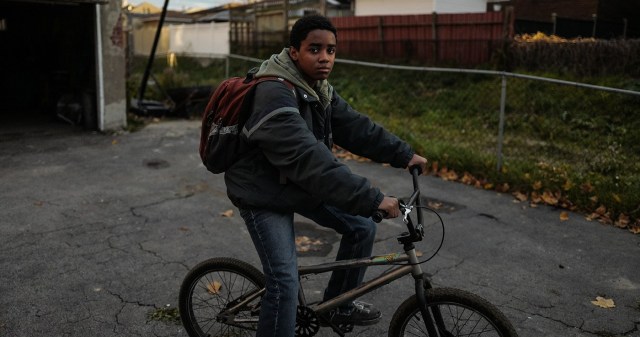 This movie is unfortunately not what was marketed and will likely be a disappointment to most of you. It has a solid cast, which is why we get some great emotional moments, but the buildup of this alien weapon is a slow burn. Our climax is great and the effects are pretty incredible, but you’ll sit through an hour of dialogue while our characters road trip across the country first. I don’t know if the destination is worth that sort of wait.