When I first saw the trailer for Searching, I was super intrigued. It’s shot entirely through computers, laptops, phones, etc. So everything we see on-screen is either a FaceTime call or a news report or someone typing and browsing the net. I was hopeful that this would be more than just a gimmick. Did it succeed?

We follow David Kim (John Cho), a widower and father who loses contact with his daughter Margot (Michelle La) one night after a study group. It begins simple, as he tries to connect with her friends to figure out where she is, but it slowly becomes something else, as he discovers that she’s lying to him and is up to something potentially dangerous. Eventually, a detective is assigned to his case (Debra Messing) to help figure out the truth.

Searching works in a lot of ways. As an experimental film, told entirely through new media and all the cameras we have in our lives, it totally works. It doesn’t alienate the viewer because most viewers live their lives through this medium already. It doesn’t feel jarring to have a window open for eight different things and to be receiving calls and getting notifications. It feels authentic, though some things are obviously changed for the sake of the movie (like the amount of time that our lead has his FaceTime window open even when he’s not calling anyone). It’s clever and manages to create an amazing amount of suspense. There’s no other film like it.

This would have been considered a gimmick if the rest of the movie was subpar. Luckily, that’s not the case. John Cho delivers an incredible performance, as the movie is 90% him looking at the computer screen. Relative newcomer Michelle La also delivers a great performance, subtle but incredibly effective in her brief moments on-screen.

The actual story we watch unfold here is also pretty amazing. My experience throughout was similar to the roller coaster of watching Gone Girl. It doesn’t hit the same beats obviously but it’s the roller coaster of WHAT IS HAPPENING? over and over again. This movie does an incredible job of taking you on this suspenseful journey and yet still delivering a satisfying ending that almost demands a second viewing.

I have to say it again. There’s nothing else like this. It’s immersive, it feels like we’re the ones with our hands on the keyboard. We learn info at the exact same time as our leads. It’s a journey that has to be experienced and I’d recommend this film to almost all viewers, this should please a majority of you.

The only people who may not enjoy this film… If you have difficulty reading text on the screen, this movie is not ideal, since so much info is given to you via text messages and search engines. If you’re also not tech savvy, there may be references to apps that you don’t know and the movie doesn’t always explain what all these things are.

Also, you diehard detectives out there may be able to put together the pieces early and call this movie “predictable” but I found its twists and turns perfectly placed.

Searching is unique. In a summer full of reboots and sequels, this is something new and I hope you’ll head to the theaters to reward their good work. It’s a thrilling and suspenseful story, managing to deliver an intriguing mystery and satisfying payoff. The performances are top notch, but the real star of the show is the innovative way to shoot the movie, unlike anything you’ve ever seen. 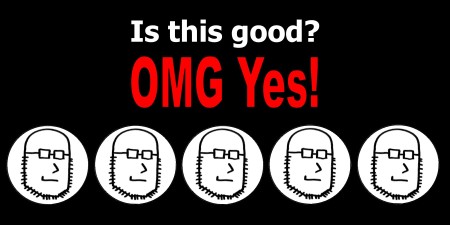