We follow a covert team of soldiers, off the books and off the record. This team is led on the ground by James (Mark Wahlberg) and is observed from a distance by Bishop (John Malkovich). This movie takes place in a seemingly fictional Southeast Asian country, where a local cop shows up to a US embassy with news about an impending chemical attack (played by Indonesian martial artist Iko Uwais, from The Raid series). This cop says that he’ll release the information if he is safely transported 22 miles to the airstrip and flown to America. The rest of the movie follows their dangerous 22 mile journey, where they’re an open target.

Other special forces officers include Ronda Rousey and Lauren Cohan (The Walking Dead).

As a premise, this is simple enough. Travel from point A to point B and stay alive. And some of this ride is really enjoyable, including high tension car chases and fight sequences. Unfortunately the movie tries to do much and squanders what potential this plot had.

This is Lauren Cohan’s first big movie since The Walking Dead and luckily she does well here, being one of the only characters that has any sort of history or backstory. She’s also the most convincing in her portrayal.

Now it’s not a good sign that there was so little to say in the previous section. Let’s explain why.

This movie had to do only one thing right. Make this 22 mile journey dangerous and suspenseful and give us some awesome action. The plot was simple. Yet somehow, they messed this up in a couple big ways.

The first big mistake was the action itself. When you’re given an incredible martial artist like Iko Uwais, you don’t need to resort to “shaky cam” style action. It’s almost impossible to tell what’s happening. It’s disorienting, confusing, and ultimately a disappointment. There are cool moments but it’s all surrounded by blurry and indecipherable action.

They also messed this up by trying to make this plot complicated. People show up and it takes forever to reveal who they are or what they want. There’s a big twist in the climax, really just the last few scenes, that will leave you scratching your head. It’s meant to turn this film into a franchise but I highly doubt this movie will be received well-enough to actually get those sequels.

Other little things also added up. The movie is full of poor editing, I could spot multiple times when people and objects changed locations when cameras changed. There’s also plenty of dialogue problems and poor acting decisions that really drop this movie down a few pegs. 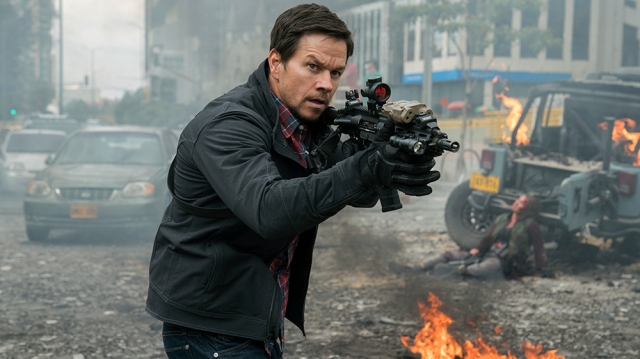 This movie is a bummer. On paper, it sounded really exciting, but they botched it with poorly shot action sequences and an unnecessarily complicated story, turning this into a forgettable film that you shouldn’t waste your hard-earned money on.