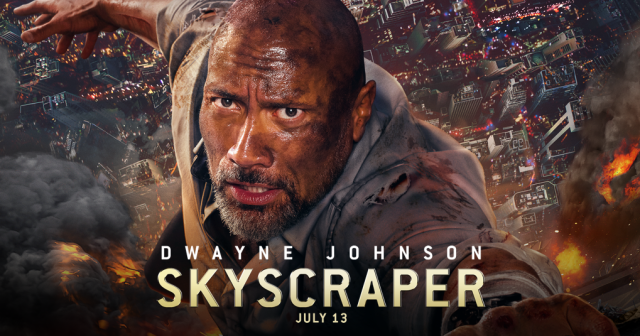 The Rock is putting out a lot of movies this year, it’s crazy. You know exactly what you’re going to get when you head to the theater, so there’s very little surprise when you head to check out Skyscraper.

The Rock stars as Will Sawyer, a military veteran and former hostage negotiator, who was injured in an explosion and lost part of his leg. He now serves as a security and safety expert, consulting at the tallest structure in the world. His family is the first family to live in the building, including his wife (Neve Campbell). Tragedy strikes when a group of soldiers attack this structure and cause a fire that consumes most of the building, leaving Sawyer to figure out how to enter the building and rescue his family. The building belongs to Chinese billionaire Zhao Long Ji (Chin Han). We also have Pablo Schreiber, Byron Mann, and Noah Taylor. 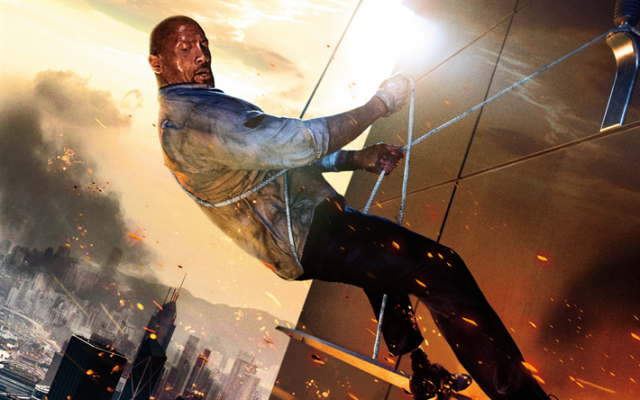 This movie is exactly what you’d expect. It’s chock full of crazy stunts, huge explosions, and plenty of super corny one-liners. But it does it really well, embracing the absurd and giving us a real fun time.

The Rock can do no wrong. Here, he does his best, giving us an incredible badass hero that also happens to be an amputee. He’s charismatic when necessary but doesn’t go into full comedy mode, maintaining a subdued demeanor that matches up with the intensity of the action. He’s a father trying to rescue his family and you can absolutely sense that drive and urgency.

As an action movie, this is an incredible thrill. It’s predictable yes, but it delivers plenty of tense edge-of-your-seat moments and it looks much better than I expected. The trailers looked like a direct-to-DVD action flick but here, it was much higher quality than I was prepared for, which was a welcome surprise.

This is not a great movie and you need to be prepared for that, so that you can still have a great time.

The villains here are laughable, in ways that might remind you of villains from 90s action flicks. They say nefarious one-liners and kill people constantly. They’re awesome in the best of ways. However don’t expect any depth or motivation, just go with it.

In general, the movie will feel very familiar. It steals the best of other movies and puts it all together, like a love letter to action movies. In that aspect, this movie is predictable and cliche but the journey is a fun one once you cope with that fact.

Skyscraper is a movie that you’ll laugh through because it’s absolutely ridiculous. The Rock delivers some of his best action work here, both in close quarters combat and extreme stunt work. The action is thrilling and never stops, so if you want a movie that will entertain you absolutely, this is a great pick. Don’t expect a masterpiece but you’ll have a damn good time for sure. 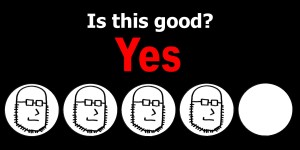