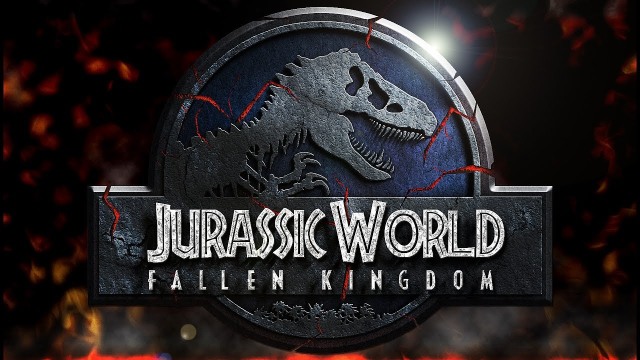 Here’s where I stand with Jurassic Park. The original is one of the greatest movies ever made, yet the franchise has failed to ever really succeed after that. When it was revived a few years back with Jurassic World, I thought it was good, not great, but it managed to recapture enough to make it worthwhile. The problem with the franchise as a whole is that they’ve never been happy to just revisit the good ole dinosaurs that made the first movie great and instead always find a way to try to one-up themselves with a bigger and badder dinosaur (see Spinosaurus, Indominus Rex, and now the Indoraptor). Will this installment finally manage to do something great again? Spoiler: No.

Isla Nublar, the island where both Jurassic Park and Jurassic World took place, is now the setting of a giant volcano that threatens everything that lives there. After the catastrophe of Jurassic World, most folks are willing to let the dinosaurs die. Our heroes Chris Pratt and Bryce Dallas Howard return to the island to try and rescue as many as they can, under the umbrella of a new mysterious benefactor played by Rafe Spall. This movie also features annoying supporting characters (Justice Smith and Daniella Pineda) and as always, a child (Isabella Sermon). Now, this whole volcano plotline is only the first act, soon revealing a plot to genetically create and weaponize a new breed of raptor that listens to commands (known as the Indoraptor). Of course this doesn’t go well.

This movie tries to go back to the horror roots of the original, filled with plenty of suspense and buildup, really making this new Indoraptor something terrifying. However, most of these techniques have been done before, so it all feels very familiar.

Visually the movie looks great most of the time and you can tell they made a solid effort to use practical effects when they could. Of course, this can’t always be the case, but even when utilizing CGI, Fallen Kingdom looks great.

Chris Pratt is exactly what you’d expect, so if you go in wanting that, he’ll meet your expectations.

Now here’s the problem. Jurassic World: Fallen Kingdom feels exactly like the other Jurassic Park films. Its homages look lazy, such as a kid furiously trying to shut a sliding door while a dinosaur runs at them, an iconic moment from the kitchen scene of the original. Almost every moment in the movie reminds you of another, often better, moment. The plot resembles The Lost World, including a big game hunter and a crew of ruffians hired to track down and steal the dinosaurs and bring them home. The climax steals from the most recent movie, though I won’t spoil it. How they defeat the big bad is nearly identical. This movie might entertain you, which is why it’s getting a medium score, but it doesn’t do anything that hasn’t been done before. Even the core concept of trying to create a more deadly dinosaur is copied right from the first Jurassic World film.

Because of this level of familiarity, the movie lacks any distinguishing moments. Even as I immediately walked out of the theater, I tried to pinpoint the coolest moments and my mind was a blank. There is nothing as memorable as the first appearance of the T-Rex, or even the surprising appearance of the aquatic behemoth at the climax of Jurassic World. This movie adds nothing to the list of coolest dinosaur moments and that’s an absolute shame.

This movie also falls in the familiar trap of one-dimensional supporting characters and useless kids. This kid trope especially grates me in this one, as it was possibly more unnecessary than ever before.

Now that sounds really negative, right, but let me cushion the blow by emphasizing that this movie will entertain you. There’s big moments, some shrieks and screams to be had, and plenty of cool looking dinosaurs. You won’t regret seeing it on the big screen, that’s for sure.

This movie didn’t really need to be made, as it’s really just a highlight reel of the coolest moments from the past four films. Unfortunately those movies all did these moments better, so you’d be better off sitting down and watching those again. If you just want entertainment, sure, this movie will do it. It’s packed full of cool dinosaurs and some thrilling chases, but ultimately adds very little to the franchise.