Review: A Wrinkle in Time

A Wrinkle in Time.

Let me preface with this. I was never really looking forward to this movie. I never read the book, the trailers didn’t really lure me in, I just wasn’t that interested. So when I saw the movie opening night in a fairly empty theater, was my mind changed? Spoiler: no.

We have a world-hopping adventure here as young girl Meg (Storm Reid) goes on an adventure to rescue her dad (Chris Pine) who has discovered a way to travel across the universe and is now trapped there by a dark energy called the It. She goes on this adventure with her younger brother (Deric McCabe) and school crush (Levi Miller). They’re guided on this adventure by three magical women, played by Oprah Winfrey, Reese Witherspoon, and Mindy Kaling. We also get one scene cameos by Zach Galifianakis and Michael Pena.

I’m sure that as a book, this was a really fun adventure, full of worlds that your imagination can populate. What we see on-screen here is usually really interesting, with some worlds that are very odd and interesting to watch. The design at play is incredible, with vivid colors and out of this world ideas. When you leave the theater, some of these visuals will be your highlight of the film.

Aside from the fantastical, this movie also features a few emotional moments that really got to me. But unfortunately that’s not enough to keep a movie like this afloat. 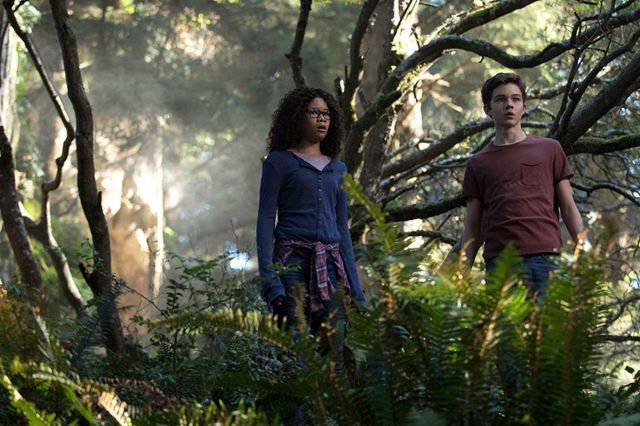 This movie is a mess. There are a lot of factors but I think it comes down to adapting this book and how to structure this film. People like to hype up director Ava DuVernay but ultimately, this is way outside her wheelhouse. Her only major feature film is Selma, which was not applauded for its direction especially. Transitioning to a movie like this is a huge feat and I don’t think she was necessarily qualified and you can tell. The movie is choppy and nonsensical and feels like a straight-to-DVD miniseries intended for children.

“Maybe this movie is for children.” That’s great, I hope they enjoy it. As a film though, this movie has a lot of things going against it.

When they adapted the book, it makes the same mistakes that a lot of adaptations make in that they literally just shorten each scene to make it fit and what we get here… is a sequence of 3-4 minute scenes that jump through the plot but miss the finesse and explanation and worldbuilding. We meet a character, advance the plot, insert a musical number as a montage, then repeat. It’s messy and jumbled and incoherent.

In the “what worked” section, I talk about the design. There are some incredible worlds and breathtaking visuals but unfortunately… for every cool visual effect, there is something really bad. Horrible greenscreen and CGI effects that are really subpar for a movie of this budget. I wanted to like the costumes and makeup but those too are really lackluster. The movie is full of (unnecessary) closeups and it looks like our leads are covered in cheap stick-on gems. Oprah especially looks horrendous, her “otherworldly” look instead looking like a last-minute Halloween outfit. Kaling and Witherspoon don’t do any better.

And then let’s talk about miscasting this movie. Oprah is fine but both Kaling and Witherspoon feel miscast. Especially Kaling, whose character only speaks in quotes (for some reason…) but she lacks any sort of energy or enthusiasm. Even the kids are a bit miscast (or misdirected). Storm Reid as our lead is boring to watch, as every single scene is her moping around. She gets to travel to amazing worlds but her sense of wonderment is always trumped by being angry or sad. She sucks the energy out of this movie. She’s paired up with this schoolmate played by Levi Miller (who was Peter in the recent Pan film) and he too feels miscast and out of place.

The youngest actor in the film Deric McCabe plays the brother in the movie and he’s getting some negative feedback about his performance but at least he had an energy to him that kept me awake, which is more than the others in this film. I didn’t mind this young actor in the slightest.

This movie is a bummer because I wanted it to be good but there are a lot of factors that keep this movie from succeeding. Yes, a few actors succeed here and there are some cool visuals, but ultimately the script was mismanaged, the roles miscast, and the production design misses the mark almost completely. The movie feels like a cheap TV movie instead of a major Hollywood blockbuster. If your expectations are low, I’d rent this for the kids later, but I wouldn’t spend money to see it on the big screen. 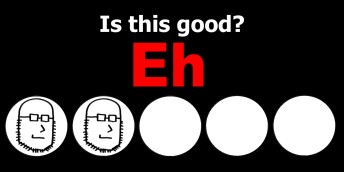