This series has a very hit or miss history with me. I really liked the original The Maze Runner, especially in comparison to most YA dystopian adventures, but its sequel The Scorch Trials was a convoluted mess. Can this finale redeem the franchise?

We follow Thomas (Dylan O’Brien) as he tries to rescue a friend of his Minho (Ki Hong Lee) from an evil organization called WCKD. This organization, spearheaded by Patricia Clarkson and Aidan Gillen (Game of Thrones), seeks to find a cure for a zombie apocalypse by experimenting on kids that are immune to the disease. Thomas allies himself with a group of rebels led by Giancarlo Esposito (Breaking Bad) and includes his other friends played by Rosa Salazar, Thomas Brodie-Sangster, and Dexter Darden. Thomas also must confront a former romantic interest Teresa (Kaya Scodelario) who now works with WCKD. We also get an subplot involving Walton Goggins as the disfigured leader of another rebel group. There’s a lot going on here.

The acting here is good, despite a poor story. Dylan O’Brien shows definite potential and Aidan Gillen seems to be having a blast, delivering some incredible moments in the thrilling climax.

Some of these action sequences are also really enjoyable, including a train heist at the very beginning that is pretty great. They’re unfortunately undercut by some subpar CGI work. 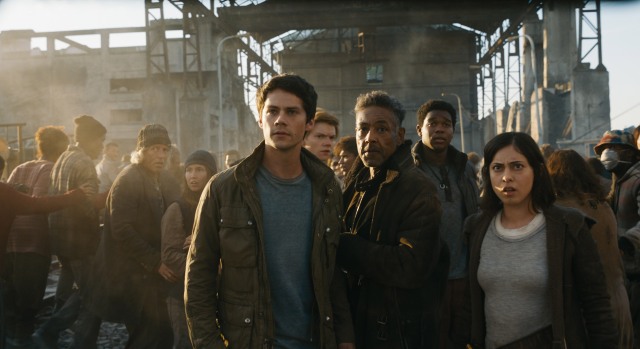 I liked the original Maze Runner because it was simple and unique, completely devoid of the cliche evil organization. It was a mystery and that totally worked. But now this franchise has devolved into every other YA franchise, feeling completely synonymous with Hunger Games and Divergent. This is bad. It feels done already, like it’s retreading the stories of these other (and better) franchises.

This movie also doesn’t ease you back into the franchise, giving zero context or explanation if you don’t remember all the details. Characters show up with cameos and reveals that could’ve benefited from some explanation. Moments that were meant to be meaningful therefore meant nothing, unless you just watched the prior two films.

The Death Cure is also too long, filled with subplots and moments that were completely unnecessary. I wanted to enjoy the action but I was so tired of sitting in that theater that I just wanted the movie to be over. Slow pacing caused me to not enjoy this experience but instead count down the minutes to when credits would roll.

The Maze Runner should have just been a “one and done” situation but instead a unique story slowly transformed into a predictable and cliche dystopian adventure. It’s not even done well, poorly paced and with subpar CGI effects. Some decent acting redeems a few moments but overall this franchise goes out with a whimper. 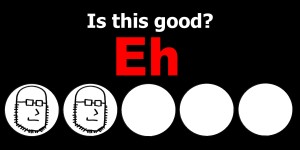