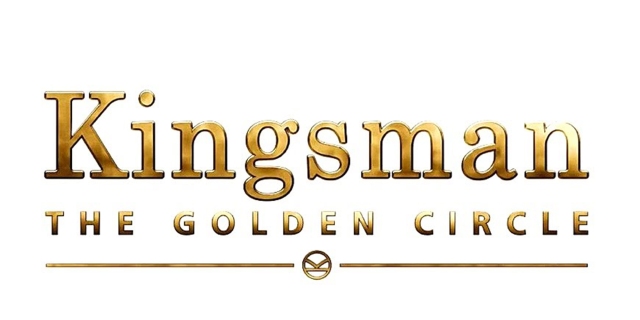 The first Kingsman was a shocker, something new and exciting. It had incredible action, quite a bit of humor, and an undeniable charm. It was lightning in a bottle. Can this sequel, reuniting the same team from the first film, manage to recapture that?

We immediately catch up with Eggsy (Taron Egerton), now a fully-fledged Kingsman, one of the most dangerous spies in Great Britain. However, not long into the movie, our new villain manages to destroy the Kingsman almost entirely, forcing Eggsy and his few allies (including Mark Strong) to find a safe place, which sends them on a journey to the United States. They rendezvous with their American brothers, the Statesmen (including Jeff Bridges, Channing Tatum, Halle Berry, and Pedro Pascal).

Spoiled in the previews, Eggsy is also reunited with his former mentor Galahad (Colin Firth). They face off against a drug-dealing entrepreneur with a taste for blood (Julianne Moore).

The highlight of the first movie was undoubtedly the action, full of incredible fight sequences and innovative combat. Here, they pull out all the stops and go full comic book mode, giving us a new villain with a bionic arm, robot dogs, and more to face off against. The execution of this action is mixed, but the concept of this action is incredible. Whiskey (Pedro Pascal) fights using an electrified lasso, which creates some incredibly vivid and interesting choreography. If nothing else, the fight scenes are unique and different.

Egerton is still perfect in the lead role, complemented by strong performances from Mark Strong and Pedro Pascal mostly.

When I did my review of mother!, I noted that it wasn’t for people just looking for a good time. This movie is the complete opposite, only serving to provide bright and entertaining sequences while you eat popcorn. There’s very little to really digest here, but it’s fun and vivid and interesting. So if you just want some cool moments, funny bits, and a few hours of escapism, this will do it.

This movie lacks a few key pieces from the original, making it generally a less unique outing. The first one was surprising, with low expectations. People are expecting more from this one and I don’t think it’s really able to recapture that. It has the charm but it doesn’t feel as natural. Our characters seem driven by the plot, which is probably the movie’s weakest point (including the villain).

Julianne Moore seems to be having a good time as the homicidal drug-dealer Poppy but her story isn’t very interesting and the “save the world” conceit here is far less interesting than the premise of the first film. She does what she can but the script ultimately doesn’t give her much to do.

We also have an entire new organization and supporting cast to get to know. Channing Tatum, Jeff Bridges, and even Halle Berry are essentially cameos. Pedro Pascal gets the most to do and is the most successful at it. The rest are fluff and ultimately unnecessary, unfortunately.

The first movie also had a lot of humor, where this one felt… inconsistent. There are funny parts, don’t get me wrong. We have a substantial subplot involving Elton John that will entertain most of you, but the movie is lacking the overall charm and wit of its predecessor.

Kingsman: The Golden Circle is a fun time at the movies but really fails to meet the standard set by the original. The new cast members are interesting but underutilized. Our villain and doomsday scenario are underwhelming, resulting in a bit of a misfire for this franchise. Again though, this is a fun time if you set the bar low and just enjoy the ride.