Here’s my history with The Dark Tower: I know zero about it, but I decided to pick up the first two novels and I’m almost done with the first. I was thinking, probably naively, that this movie would cover the premise of the first book. In looking into it, this movie actually seems to cover all the books. Kind of. In reading the first book, it’s very apparent that they are totally separate things, as very little of that book appears on the big screen.

Now, I don’t mind if the movie is different… but is the movie good?

We meet a young boy in New York named Jake (Tom Taylor) who has dreams and flashes of another world, of a dangerous Man in Black (Matthew McConaughey) and a gunslinger named Roland (Idris Elba). It turns out that the Man in Black is seeking to destroy something called the Dark Tower, which seems to protect our entire universe from being invaded by demons. Jake hopes to find Roland and help to defeat the Man in Black.

Let’s pretend that you know nothing about this book series. Would you enjoy this?

Probably not. Because they’re trying to rush through essentially eight books worth of content (seven plus some sort of prequel that exists), this story rushes through everything. However this movie does one thing right in that it intrigues you. I know there’s a rich mythology and tons of stories taking place in this world and the movie managed to pique my interest. It’s like reading a summary of the book and deciding “Yes, that sounds cool” before diving in. This movie will hint at the big picture and intrigue you enough.

It also looks very cool. The landscapes and architecture of these various worlds are all really interesting. There’s also some cool creature design that will (again) excite you for the bigger picture.

This movie also relies heavily on its leads. Idris Elba and Matthew McConaughey do the best they can, considering their screen time is limited. Most of this movie is dependent on youngster Tom Taylor. He gives a stellar performance and a surprisingly nuanced one, for someone so young.

Like I said, this movie is blazing fast. It clocks in at about 90 minutes, which is short. And even shorter considering the amount of story it’s trying to cover. I’m curious why they didn’t make this a truly epic movie at 2.5 hours and fit in some of the personality that makes this franchise unique. Instead, everything is superficial. We get one flashback about Roland’s past as a gunslinger and now are expected to care. We never quite know why the Man in Black is so nefarious. We don’t get to know any of our supporting characters, so very little feels at stake.

There’s one aspect of caring and another aspect of understanding. Not only do I not care about these people, but I also didn’t really understand what was happening. The rules of the universe weren’t explained, the world wasn’t fleshed out, the whole crux of the story doesn’t make sense. This movie will likely be a bit confusing to the unsuspecting viewer (and even more frustrating for fans of the books).

It seems like in an era of sequels, it’d be a no-brainer to stretch this out over eight movies. Why would they cram it all into one? Not sure. There’s talk of a TV series that will somehow follow this or be a prequel to this, but I don’t know if this film’s mediocre response will allow for that now. I’d be happy with a reboot in a television series, starting over and really letting us explore this world that seems incredibly interesting but (in this movie anyways) just beyond our reach. 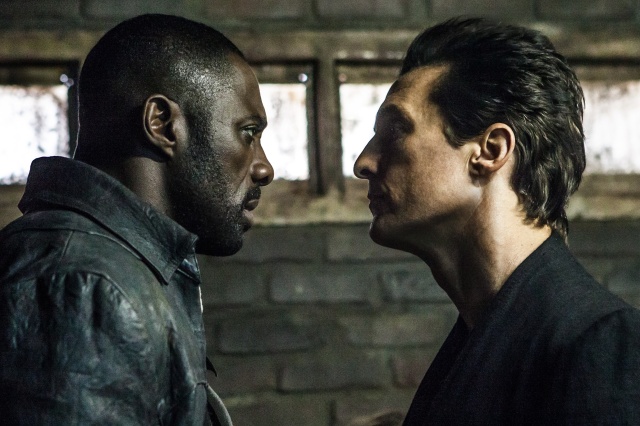 This movie won’t really please anyone. Diehard fans will find nothing to love here, as it speeds by all the milestones they were looking forward to. Average moviegoers might be thrown off by the breakneck speed of the movie and be confused by the all things the movie doesn’t tell us. Either way, not great. The movie looks fine, with some cool visuals and tons of presence from both Elba and McConaughey. It’s a teaser, to get you interested in either reading the books or waiting for the inevitable television series.