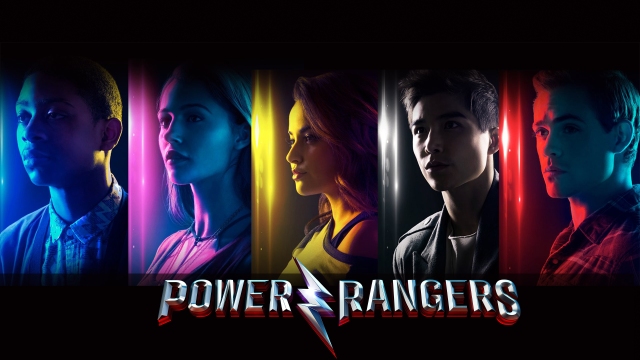 Here’s the thing. I used to be like THE biggest Power Rangers fan. I had all the toys, that you could flip so that either their face was exposed or they were wearing the mask. I had all the Zords, including the first and second generation that could all come together to make the Mega-Zords. I had everything. But then, we all grow up. So going into this movie, I was hesitant that this could faithfully recreate my childhood and also be a good movie.

In this version of the Power Rangers, our five leads are complicated, much deeper than what the television shows gave us. Most of them are in detention. All of them are struggling with something. They end up at the same place at the same time and discover five powerful coins that give them amazing abilities. We’ve got our leader, the former football star Jason (Dacre Montgomery). Billy (RJ Cyler) is somewhat of a genius, somewhere on the autistic spectrum, and is the one urging exploration. Kimberly (Naomi Scott) is a former cheerleader, ousted from popularity in a story that unfolds throughout the movie. Zack (Ludi Lin) is a loner who takes care of his sick mother, worried that he’ll have nothing once she’s gone. And lastly we have Trini (Becky G) who is the new girl at the school and a mystery to everyone.

Together they stumble upon a spaceship that houses a giant face named Zordon (voiced by Bryan Cranston) and a robot named Alpha Five (voiced by Bill Hader). They help the Power Rangers train in preparation to stop the evil Rita Repulsa (Elizabeth Banks). 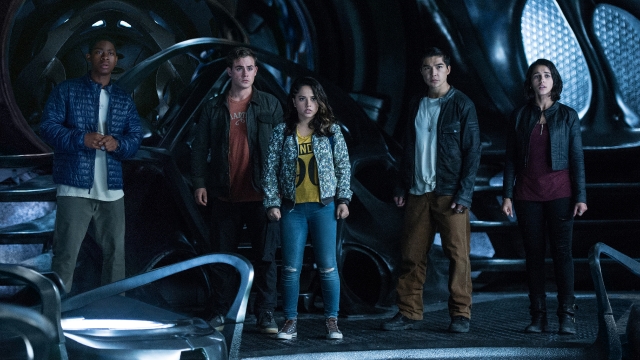 This movie manages to do something that rarely works and that’s to bring something back to relevance and establish it as a franchise again. This movie works in a lot of different ways.

First off, it was an incredibly smart move to hire nobodies (except for the semi-popular, in very niche circles, Becky G). We had no expectations for these people. They all turned in great performances, giving us deeper and more realistic characters than we ever got in the old series. They felt like real people, with struggles and multilayered identities. I teared up a few times, I got goosebumps a few times. This movie works because we are rooting for these people as characters. Them hopping into suits and fighting is almost secondary, which seems blasphemous, but it works.

The script takes its time, which is something rare as well. I worried this movie would try to clone Transformers, which the trailers definitely resembled. This movie smartly showed restraint. There are action sequences to keep you entertained, but they don’t really suit up or fight until much much later in the movie, which might disappoint a big portion of you. I didn’t mind though because of these characters. You see them grow and evolve and bond and so when they finally morph for the first time, it’s something memorable.

The fights are also pretty cool, however limited they are. I think of it this way… This movie did all the set up so that the inevitable sequel(s) will be able to hop in and have them get straight to the action. Those movies will be able to build on this foundation. This movie sacrificed action for character but I was totally on-board. The few fight sequences we did get were cool, with plenty of reminiscent moments but plenty of unique spins as well.

Is there an after-credits scene?

There is one partway through the credits, nothing all the way at the end. 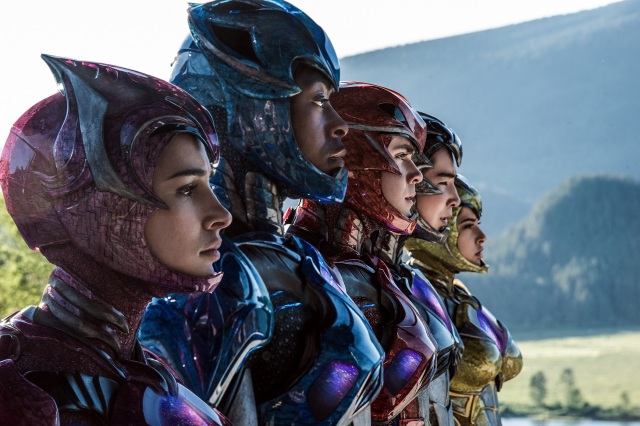 Surprisingly, I was less enthused with the actual big-name talent here. Bryan Cranston was fine. Bill Hader’s voice got a bit tiring and Alpha Five as a character seemed too forced as the comedic relief. And then there’s Elizabeth Banks… Rita is supposed to be this wild and deranged character but her outlandishness really stood out against the more grounded and realistic approach of this movie. When we’d get a Rita scene, it was cringeworthy in comparison to everything else.

And like I said, some of you may walk out of this theatre thinking it was boring. I wouldn’t blame you. The fighting will come later, now that we’ve established everything else.

Also, this isn’t really a kids movie. One of the opening jokes of the movie is about accidentally milking a male cow, which is 1.) overdone and lazy writing and 2.) is not appropriate for kids at all. There are a few too many sex jokes to really be appropriate for young kids, unless maybe they wouldn’t understand? With the borderline inappropriate jokes and the overall slow and actionless story, kids would likely enjoy something else instead.

I was incredibly surprised here because remakes and reboots rarely work. Here though, I was able to feel nostalgic while also enjoying a quality product. It’s not stellar, though, dragged down by a ridiculous performance from Elizabeth Banks and a somewhat slow story, though these character moments are great, building a foundation that I hope leads to many sequels to come. 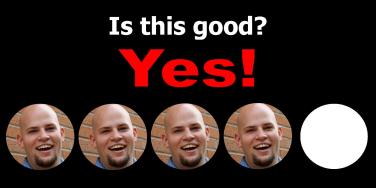