Review: The Space Between Us 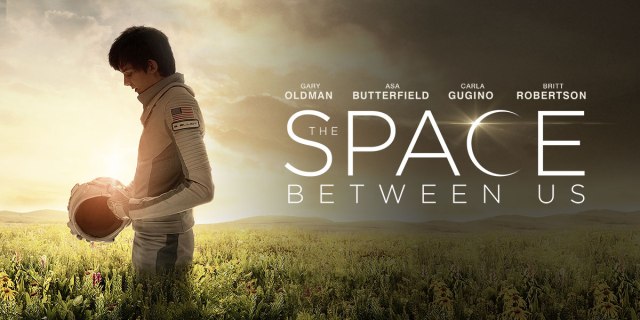 The Space Between Us.

It’s now February. I avoided a lot of movies in January because 1.) they looked bad and 2.) I was broke from seeing so many movies in December. Well, we’re back. I headed down to check out The Space Between Us to see if we could see the light at the end of the tunnel. Was this one any good?

About 16 years ago, a shuttle was destined for Mars with the first crew of people who would live on the planet for a long stint of time. It turns out that the captain (Janet Montgomery) is pregnant. This news might cause a PR nightmare and the public might demand that the ship is turned around, so the mission’s chairperson (Gary Oldman) decides to keep the pregnancy a secret, especially considering the boy, growing up in a different gravity, might not be able to even survive on Earth. This boy grows up (Asa Butterfield) and is able to communicate with Earth via a high-tech webcam and meets a girl named “Tulsa” (Britt Robertson). He eventually ends up coming to Earth with a chaperone (Carla Gugino) and experiences everything for the first time.

The cast is generally pretty good, highlighted by Asa Butterfield. The “fish out of water” trope can be a fine line to walk but here, as we watch his character experience the world for the first time, Asa’s performance completely sells it. He’s aloof enough to be charming and manages to find humor in the smallest of moments. His chemistry with Britt Robertson is believable, though definitely moves faster than is really realistic.

The movie is really a love story, about a boy who travels planets to meet the girl he loves, or at least thinks he loves. It’s full of touching moments but can be overly saccharine for most of you, if you’re not expecting a romance to blossom.

While this movie isn’t bad, it makes a few missteps which will ultimately doom this movie to be completely forgotten.

On the page, the script feels neglected. Like, maybe they did one draft and went straight into shooting. There are huge plot holes and contradicting character motivations, some of which caused me to chuckle in the theater out of confusion. Some parts of this movie just don’t make sense, at all.

And what does make sense is completely predictable, aside from a few “twists” thrown in for good measure. The big reveal during the movie’s climax is not only unsatisfactory but also confusing, when you start thinking about the timeline of the film. This movie generally just didn’t get much polish or the attention to detail that it needed. 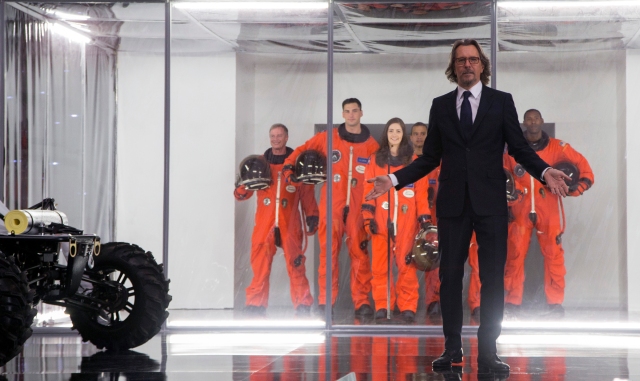 The Space Between Us is fine. That’s about all you can ask for here, with a great cast that is weighted down by a faulty script. It’s not bad, so you won’t regret seeing it, but you will forget about this movie in a day or two.