I didn’t have very high expectations for this movie, as Christmas-themed comedies have a way of appearing and then disappearing without much fanfare. Very few have any staying power. Is the same true for this movie?

We follow Josh (Jason Bateman), a high-level manager at a struggling tech company. The CEO of the company (Jennifer Aniston) arrives to inform her under-performing branch manager (T.J. Miller) that she is going to cut bonuses and even jobs completely from their branch. They agree that if they can land a high-profile client (Courtney B. Vance), she’ll let them keep the entire branch open. This means, to land the client, they must host a killer Christmas party and convince him that they’re fun and exciting people. 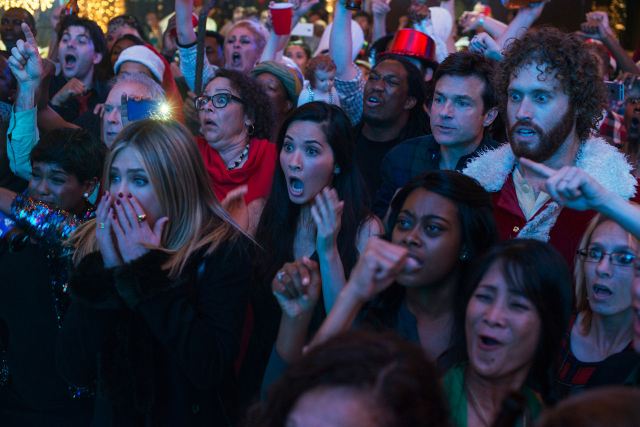 With this cast of comedic up-and-comers, you want this movie to be extraordinary funny. It’s… kind of funny. It’s solid. I don’t regret seeing it. I mostly veered towards Jason Bateman and T.J. Miller’s dry humor, like side comments and straight faces during crazy moments. The “shock and awe” moments in this movie didn’t work as much for me.

In terms of other standouts, I did think Olivia Munn gave a better performance here than I’ve really seen her give so far. She has more lines and seems far more natural than her past outings, so good for her. Hollywood keeps trying to “make her happen” and it might be starting to work.

I’ve also been a big fan of Vanessa Bayer from Saturday Night Live, so it’s good to see her get a substantial role (following Trainwreck, her first real motion picture debut).

Like I said, the movie works best in its subtle humor but unfortunately it doesn’t really focus on that. Instead, our movie is full of OMG LOOK AT THAT comedy sequences, which really fell flat for me. It’s not as raunchy as other comedies this year, like Mike & Dave Need Wedding Dates or Bad Moms, so the crazy moments aren’t really even that crazy. It feels tame and the party kind of escalates without much reason.

So for a big comedy to fall flat most of the time, not a good thing.

I also wasn’t really onboard for the actual plot, though it felt like an afterthought. The final moments and the resolution of the problem in the climax felt rushed and unearned, and generally unfunny. Again, not ideal. 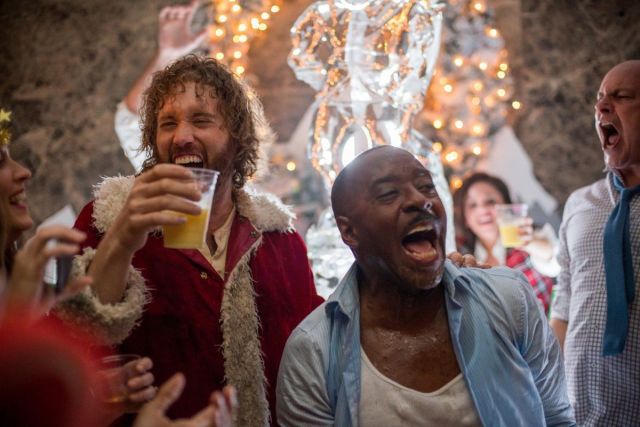 This is movie is a mixed bag. It was meant to be a crazy party movie but the “crazy” felt tame and uninteresting (and almost always unfunny). When you take that away, you get some minor funny moments from T.J. Miller and Jason Bateman, but it’s not enough to justify the price of admission. This movie is forgettable, I wouldn’t worry about it. If you’re dead set on seeing it, it’s ultimately pretty average but there are much better picks.