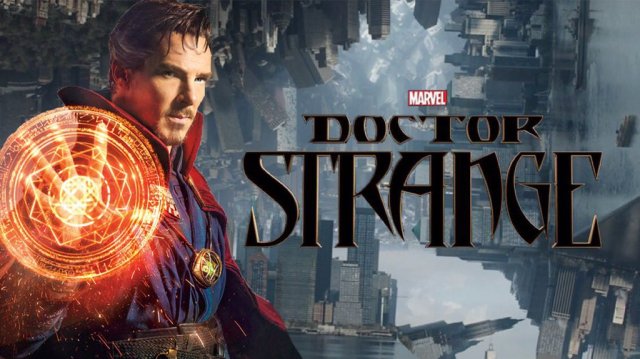 This is the 14th movie set in the Marvel Cinematic Universe. You’d think by now things would be getting tired and repetitive, but with the continuing commercial and critical success of these movies, it doesn’t look like the MCU is going to slow down, but rather ramp up until Avengers: Infinity War in a few years.

So how does Doctor Strange fit in this plan?

Benedict Cumberbatch stars as a neurosurgeon by the name of Stephen Strange, whose arrogance is only exceeded by his skill. A tragic car accident leaves him with nerve damage and he’s unable to perform surgery, so he seeks out any means necessary to cure his hands, which leads him to a place called Kamar-Taj in Nepal. It’s here that he meets the Ancient One (Tilda Swinton), who teaches him that there is much more to the world than meets the eyes. We also encounter two experienced sorcerers (Chiwetel Ejiofor and Benedict Wong) that assist in teaching him. The villain of the film is a rogue sorcerer (Mads Mikkelsen) who is tempted by magic and gives into it. We also have Rachel McAdams as Christine Palmer, a doctor alongside Strange that has some romantic history with him.

With a cast like this, we know that they’re going to impress and luckily everyone does. Benedict Cumberbatch completely embodies Strange, giving him not only an incredible arrogance and charm, but also hits rock bottom. His scenes with Rachel McAdams are incredible and one in particular gave me goosebumps. Chiwetel Ejiofor was great, but it’s what’s next for him that I’m excited about. This movie absolutely laid a solid groundwork for the future of not only this franchise, but the Marvel Cinematic Universe as a whole.

Now let me just mention Tilda Swinton. There is controversy about replacing the comic book version of the Ancient One with a white woman instead. Yes, I think they should have kept it true to the formula, although it would’ve seemed a cliche to anyone unfamiliar with the source material. However, we have Swinton and we have to deal with that. Luckily, she delivers a great performance though, including some badass action scenes and some powerful emotional moments as well.

After the talent, the next thing that will stick with you is the visual effects. Your first instinct is Inception. This is like that, yes, but a thousand times more. The first moment that Strange sees these other realities and goes a trippy journey through space, it is some of the most confusing and simultaneously enjoyable moments of the movie. Director Scott Derrickson has a history directing horror movies and that comes out in these moments, with some visuals that will stick with you for a long time. 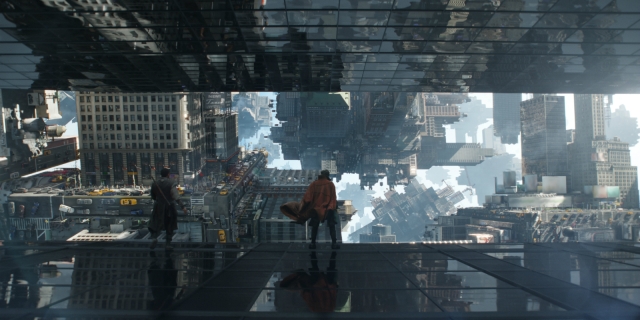 The action moments are great, the effects are mostly spectacular, and imagining what this means for future movies is incredibly exciting.

Doctor Strange is also really funny, in the way that most Marvel movies are. It never bothered me though, it made a dark and tragic story a little easier to swallow. Strange pulls off this humor the same way that Tony Stark does, with a bit of an edge. Seeing these two together is going to be an incredible moment.

This movie got a lot of things right, but not everything.

While 90% of the visuals work, there’s occasionally a very glaring effect that doesn’t work at all. A few of these were regarding his cloak, which allows him to fly or levitate. These flying effects were really distracting. There’s also a character in the film made entirely of computer-generated effects and this character was absolutely horrendous.

I’m also on the fence about the villain Kaecilius (Mikkelsen). He’s better than some other Marvel villains that are absolutely forgettable, mostly because his performance is much better. I also understood his motivations. So he’s not a great villain but, by comparison, they’re making progress.

I also struggled with the first 1/3 of the movie or so, which basically served to get Strange to Nepal. His life before, his accident, and his search for Kamar-Taj all felt very forced and by the numbers. The acting felt a little subpar, the music felt a little too ominous, and it felt altogether amateur, leading up to Strange meeting the Ancient One. As soon as he witnessed the truth, the movie became absolutely fantastic. Before that, I wasn’t convinced. There was a particular sequence in which Ejiofor’s Mordo was following Strange through Nepal that felt very weak and out of place.

Doctor Strange is very good. But it’s not great. The performances are fantastic, the effects mostly spectacular, and they manage to make a pretty cliche origin story into something really unique. The villain will be divisive, a bit better than others but still a little underwhelming. The final 2/3 of the movie are incredible but the first act leaves a bit of a bad taste in your mouth. It’s necessary storytelling but executed a little sloppily. The future of the Marvel Cinematic Universe looks bright though, with Strange being an excellent addition.