I haven’t read the book and I realize this movie has been out for almost a month now, meaning very few of you probably care about my thoughts on this.

Without spoiling too much, we follow Jake (Asa Butterfield) as he goes off to find a mysterious island in Wales, where his grandfather (Terence Stamp) supposedly grew up. Jake is introduced to the headmistress of this boarding home, Miss Peregrine (Eva Green), who is able to control time. Turns out she has been protecting these young kids who are known as “peculiar,” which is like being a mutant, because they all have extraordinary powers. One girl floats, one lights things on fire, and one young boy is completely invisible. It’s basically like a British X-Men, full of oddities. Someone is looking for them though (a nefarious Samuel L. Jackson) and now Jake is caught up in their plight and must help them defend their home.

This is a fun movie, especially if you want a lightened-up superhero movie. It’s fun, it’s colorful, and the world created here is interesting. The mythology they’ve set up here is undoubtedly fleshed out in the book series, but I kept wanting to know more, and they did a great job of giving you enough to be interested but not explaining too much.

The effects are pretty good, not spectacular, but it’s stylized in a way that makes sense. Once you see the villains, they don’t look real but I still bought into their aesthetics. 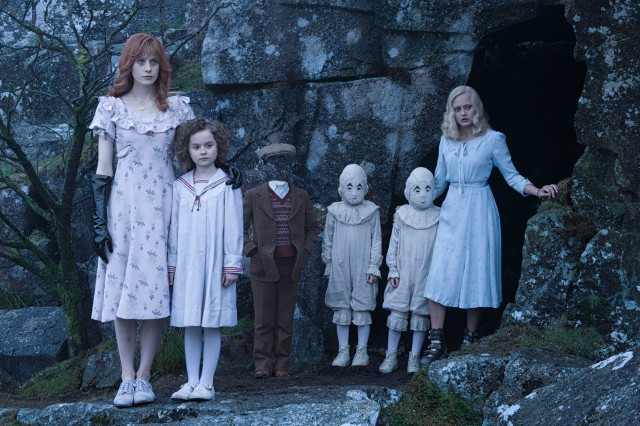 I love Asa Butterfield usually but here, he was undoubtedly the most uninteresting person in the cast. When you have a cast of extraordinary kids with powers, your average normal teenager doesn’t really intrigue you. And yes, they make him essential to the plot but that doesn’t make him any more interesting. He’s just asking questions the entire time.

The other “lead” was Eva Green and she wasn’t especially interesting either. It felt like they tried to make her a little off-the-wall and quirky but it didn’t really succeed. I’ve never been in a huge fan of her’s, so maybe I’m biased.

This is brief because again… you probably don’t care too much. In summary though, this movie is fine. It is the definition of average. It’s an interesting world, bogged down by some uninteresting lead characters. I’d be interested in a sequel, if they maybe focused on some other characters in this world. Bland performances, decent computer effects, but fun enough, especially if you have kids or teens that might be into a watered down superhero adventure.