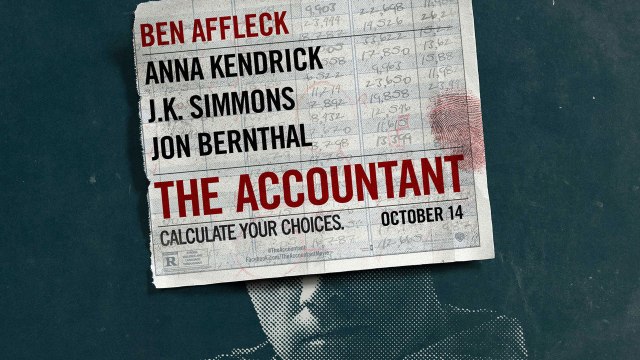 Ben Affleck has somehow managed to turn his career back around, after a stint of time in which it was pretty laughable. I think Argo might’ve been the turning point, when he reestablished that he’s a heavy hitter. His performance in Batman v Superman was one of that movie’s only positive traits so I was curious what he could do in a movie like this.

Affleck stars as a man named Christian Wolff but we soon discover that’s an alias. See, Wolff is an accountant, who works for dangerous people all over the world. He finds missing money and usually pinpoints who took it (or kills them). He also happens to be on the autism spectrum, so the movie spends time in both the present and the past, showing how a young kid could be turned into a dangerous killer (and mathematical genius). In the current day, he takes a job to investigate a company (ran by John Lithgow) and find out where the money has gone. He’s assisted by their one of their own accountants, played by Anna Kendrick. Soon though, we see that someone is on his trail, an assassin played by Jon Bernthal (The Walking Dead, Daredevil). We also have a side story about the government trying to track down and discover Wolff’s real identity, with J.K. Simmons playing an “about to retire” official who blackmails a younger agent (Cynthia Addai-Robinson from Arrow) into taking on this case. 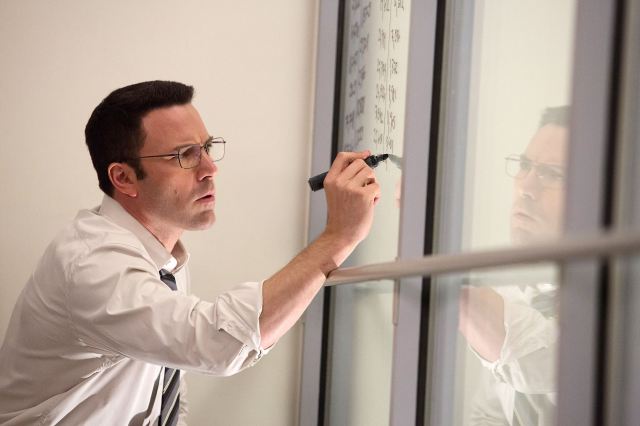 This movie has a surprisingly low 50% as of this writing on Rotten Tomatoes. What movie did they watch?

Ben Affleck delivers an incredible performance here, playing his character with a perfect blend of badass and genius, with quite a bit of humor. It’s believable that he’s somewhere on the spectrum, with several moments that gave me chills. The child actor that played his character also did a superb job. It felt like an affirmative movie that folks on the spectrum can be high functioning and successful, though there may be challenges. This movie didn’t feel like it was pandering or like Oscar-bait, but I’m outside that community so I’m curious to see what other people say about Affleck’s portrayal.

The movie itself isn’t really what you’d expect. There are only maybe 3 action sequences and they all take place in the second half of the movie. So for some folks, that means the first half will be a bit slow. I found the first half to be great though, making us comfortable with these characters and giving us backstory, before the action kicked in. There’s actually an interesting mystery here, about the missing money. Usually action films have big setpiece sequences and then come up with a flimsy story to give it context. “Welp, guess we need to go to Abu Dhabi now!” Here though, the mystery is the focal point and the action sequences felt driven by the characters and seem to occur naturally.

Aside from Affleck, the other talent here is exceptional. Most notably, I thought it was great to see John Lithgow back. Also Jon Bernthal delivered a badass performance that turned into likely one of the best performances of his career, right under Daredevil for me. The climax of the movie, where everything collides, is some of the most visceral action I’ve seen this year and simultaneously emotionally exhausting.

Let’s talk about the action. Even though there are only a few action sequences, they’re all absolutely bonkers. If you enjoyed John Wick, this will feel reminiscent. It’s fast, mixing gunplay with martial arts and tons of improvised weapons. Edge of your seat action, proving quality is better than quantity. 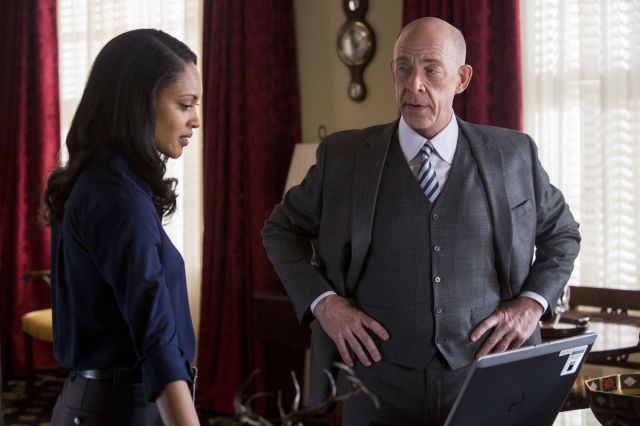 While I was totally onboard for Affleck’s story, the movie for some reason had a sideplot of the government trying to figure out his identity. This mostly acted as exposition, so we (the audience) could learn who he was and all the badass stuff he’s done. This story felt forced, including the weird notion that a government authority in J.K. Simmons would essentially blackmail this poor girl (Cynthia Addai-Robinson) into doing this assignment. Her performance was also the weakest in the movie. And while Simmons is fine I guess, his character didn’t really contribute much. Overall this story could’ve been cut completely. It’s better to show than tell.

If this movie would’ve trimmed the exposition-heavy plotline involving the government, this movie would’ve been a perfect 5. Instead, we constantly leave the compelling and interesting story of Affleck’s complicated character to resort to a plotline we don’t care about. When the movie is good though, it’s great. Affleck, Lithgow, Kendrick, and Bernthal all deliver some of their career-best performances, culminating in an intense finale that left me breathless. The action is rare but the quality of those sequences is astonishing. You may find the first half a bit slow, but this movie is overall incredibly solid.