This is one of those movies that you get kind of choked up just by watching the trailers, so I went in expecting some tears and some inspirational moments. But did it actually deliver a solid film?

We follow a young girl in Uganda named Phiona (newcomer Madina Nalwanga) as she struggles to help her family make ends meet. Her mother (Lupita Nyong’o) wants her to work selling maize in the city but Phiona soon meets a teacher of sorts who introduces her to chess (David Oyelowo). They discover that Phiona has a natural gift for strategy and she begins a quest to become a chess master, which is sometimes at odds with what is best for her family. We also have her little brother (Martin Kabanza), her older sister (Taryn Kyaze), and fellow student Benjamin (Ethan Nazario Lubega) that all have prominent roles. 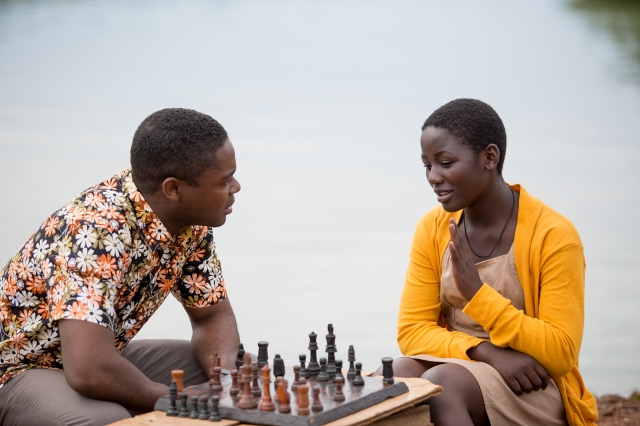 The talent involved in this picture is incredible. Madina Nalwanga in the lead role is great, sharing many similarities with Phiona. Her charm and likeability makes this an easy movie to enjoy. However, it’s really her co-stars Lupita Nyong’o (12 Years a Slave) and David Oyelowo (Selma) that carry this film. Oyelowo moves the plot forward, as Phiona’s teacher and mentor, but the core emotion of the film is reliant on Nyong’o, who delivers an exceptional performance.

The movie itself is a perfect example of this genre. I cried a fair bit, usually from happiness, but the movie never overindulges. It’s not like some other recent movies that go so far to make you feel emotion, that it feels forced and fake. This movie’s whole purpose isn’t to make you cry, it’s just the byproduct of telling a great story.

I’m very uninformed about what life is actually like in Uganda, but I felt like this movie absolutely transported me there. The colors jumped off the screen, the crowded streets felt claustrophobic… It felt completely immersive, showcasing both the best and worst that this city has to offer.

This movie clocks in at just over 2 hours and it did drag in quite a few places. There are many moments that repeat over and over (such as a reoccurring theme of not believing in yourself) that feel a little repetitive after a few times.

There’s also one substantial chunk in the later portions that felt a bit out of place. It was a super interesting section but it also made our lead heroine unlikeable for a portion, as she tasted success and found dissatisfaction in her home and family. I don’t know if the larger question of what success does to someone was vitally important to this story.

I was very happy with Queen of Katwe and it’s unfortunate that no one is talking about this. There are some stellar performances and I wouldn’t be surprised to see Nyong’o at least get a nomination for her performance here. If you want something that’s the just the right sort of inspirational, this one will do it. Sure, it could’ve benefited from a few cuts, but it’s overall a great pick. 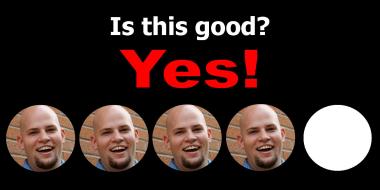