By now, you’re kind of missing the boat if you’re not watching Marvel’s incredible straight-to-Netflix television shows. Both Daredevil and Jessica Jones have been great, running parallel to the big Marvel movies like The Avengers. So you’ll hear them talk about Iron Man and Captain America on these shows, just don’t hold your breath for any cameos.

Luke Cage is the third series to come out and unfortunately by now, it’s a requirement basically to watch the other shows first. The plotlines weave in and out, so if you jump into Luke Cage first, you’ll likely be confused (probably most by the appearance of Rosario Dawson’s character).

But you’re wondering… is it good?

In Jessica Jones, we were first introduced to Luke Cage (Mike Colter). Luke has unbreakable skin and incredible strength, though his origin isn’t covered. So now that he has his own show, we get to dive into that stuff. Our villains for the series are two cousins. One is a crime boss named “Cottonmouth,” who is willing to kill and steal to rise to the top (Mahershala Ali). His cousin is a local politician with hidden agendas and who tries not to get her hands dirty, a woman named Mariah (Alfre Woodard). These two make life difficult for Luke as they try to put pressure on small local businesses and someone Luke cares about gets caught in the crossfire.

Luke does gain some allies, most notably a police officer named Misty Knight (Simone Missick) and a familiar face of the nurse Claire Temple (Rosario Dawson). We also have some other characters, including Sons of Anarchy‘s Theo Rossi.

This is another stellar addition to the lineup.

We got to see Mike Colter in action before, but this is his story now and he totally carries it. Luckily though, his supporting cast is incredible. Simone Missick plays Misty Knight, a fan favorite, but she knocks it out of the park (and she’s in much more of the show than I expected).

The action is also pretty great, considering our hero is bulletproof. There isn’t the same sort of martial arts action that Daredevil gave us, so it’s a little simpler, but he does throw people around plenty. It’s a good balance of what worked in Daredevil and then in Jessica Jones.

Another unexpected star of the show is the use of music, not only as a soundtrack but as a theme. Live music is playing in every club scene. People use music metaphors and allegories, even down to a giant Biggie poster than our villain Cottonmouth idolizes. The music is perfect and helps to make a tonal shift from the other Marvel series.

I was also pleasantly surprised with how bold this show was, in terms of tackling actual real issues. You’ll undoubtedly see plenty of headlines about how it’s great to see a black man in a hoodie who is bulletproof. It is great. There are a lot of nuances here, involving Cage and the police and his community and even the struggles of Misty Knight, who has to walk in both worlds. They tackle things like language and bias and privilege… but all in ways that make absolute sense in this semi-fictional world. He’s bulletproof yes, but he’s still going through situations that are unfortunately all too common for folks here in the real world as well. 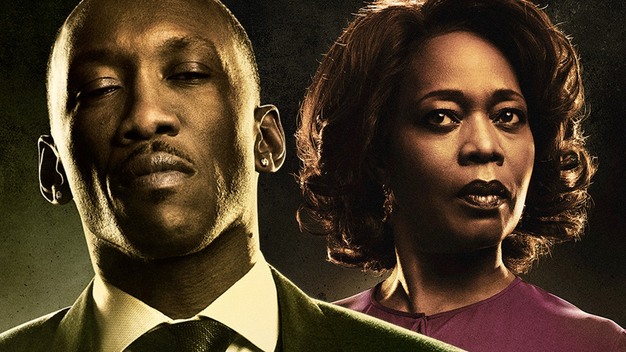 Unfortunately our villains here aren’t quite the standouts that Daredevil and Jessica Jones gave us. Both Tahershala Ali and Alfre Woodard (both above) gave decent performances but their characters didn’t have quite the… heart?… that the previous villains had. They weren’t quite as complicated. Alfre stole the show in a few scenes, but would eventually slink back to being kind of an archetype slimy politician. There’s a third villain not really promoted, so I won’t spoil it, but he’s even less utilized and less fleshed out.

The only other complaint is sometimes the show is too obvious with how it’s tackling social issues. I get it though. For me, I like to think I’m educated and aware and I recognized the themes a mile away, so I knew what they were doing. So by the third reference to black men in hoodies being bulletproof, I thought it was a bit too on the nose. Buuuuuuut I think those references were likely for less educated or more ignorant audiences that didn’t see what was happening under the surface. So I get it.

They did it again. In 13 episodes, they managed to create a great arc for our hero, having him face off against all sorts of threats, some he could punch and others he couldn’t. There were a lot of great performances here, though the villains seemed a little more one-dimensional than classics like Wilson Fisk or Kilgrave. In the ranking, I think I still prefer Daredevil overall but this and Jessica Jones are close seconds. 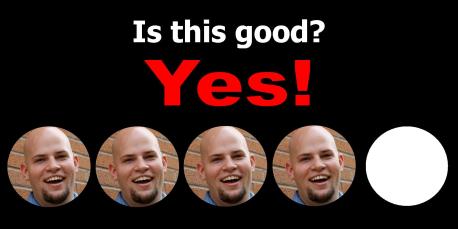