The Xbox One S is 3 Years Too Late 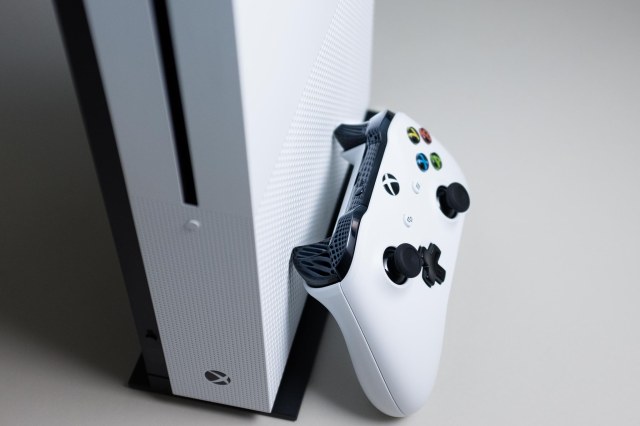 The Xbox One S is the Xbox One Microsoft should have built in the first place.

Late one July evening, I bit the bullet and preordered an Xbox One S. I’m not sure why, as I already owned a perfectly-functional Xbox One, but it probably had something to do with that $200 Best Buy gift card that had been lying around my house for half a year. It was also likely because I wanted an excuse to write this opinion piece. Yes, this is an opinion piece, and it’s totally cool if you don’t agree with me about any of it. Basically it says this: Microsoft was lazy and motivated only by money when they developed the original Xbox One.

But let’s start with some goodies about the new S. Even in the shipping box, I immediately noticed how much lighter it was compared to the original. This may not actually matter for a product that spends the entirety of its life just lying there, but it still makes it seem better. 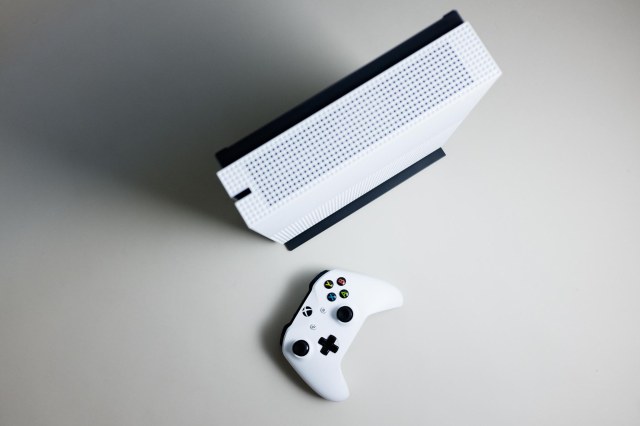 After I opened the box, I discovered something else: a single power cord, delicately coiled up by itself. Gone is the bulky monstrosity of an external power supply that has plagued every Microsoft console save the original Xbox. I mean, holy shit, the One S just plugs straight into the wall, like every other goddamned component that connects to your TV. For any other manufacturer, this wouldn’t even approach newsworthiness. But there’s no way Microsoft put an internal power supply in a console that’s smaller and lighter than the original model without at least enlisting the help of a low-level blood mage.

Then there’s the design of the console itself. While looking at its clean lines, the pristine white polycarbonate contrasted by glossy black accents, a word came to mind that I’d never used to describe an Xbox before: elegant.

Yes, it’s true, the Xbox One S is a thing of beauty, simultaneously utilitarian and exquisite. But the thing is, we’ve seen an elegant console before. It came out in 2013 and it’s called the PlayStation 4. It basically has the same dimensions (slightly more depth, slightly less width) as the new-for-2016 Xbox One S. So while I applaud Microsoft for finally solving the power supply issue and making something that looks good, it’s about three years too late.

The first Xbox One felt like a near-final prototype to me. It was feature complete, but there were still a few kinks to work out in order to make it all come together as a cohesive whole. Design-wise, it looked more like something assembled out of spare parts bought at a retired electrical engineer’s yard sale than a marketable product that had been through numerous design iterations. It was massive, made even larger by an unsightly external power supply. And the noise! The power brick had its own fan, with another inside the console. Add the grinding sound from the disk drive, and the thing sounded like it was about to take off. One needn’t worry, though: it was much too heavy to fly.

Like bourbon served before its time, there was a hint of greatness hidden in the original Xbox One, but it felt rushed and unfinished. The S, by contrast, is refined (and whisper-quiet, I’ll add). It actually feels like Microsoft took its time with it, and that’s refreshing to see. I hope the practice sticks, because I’d rather not pay to beta test the next console for three years while they work out the kinks.

This is also an issues with Microsoft, in general. The tech giant has always had trouble presenting a unified front with its hardware. Take a look at any Apple product, and you know it’s an Apple product. Not so with Microsoft. The original Xbox One looked awkward and out of place coming from the company that produced the sleek Surface tablet. It just didn’t make sense.

Or maybe it did, only on a different level.

I have no doubt that Microsoft’s engineers and designers could have built a better box back in the day, but why put extra effort into making a device elegant when you know people are going to buy it, anyway? Consoles have horrendously low profit margins (they’re negative), and consumers, even early adopters, are only willing to pay so much for a new one, even after waiting over half a decade for an upgrade. That means reducing development costs was probably priority numero uno leading up to the Xbox One’s launch in 2013.

Fast forward three years, and it seems that Microsoft finally had the financial breathing room to make a smaller, more refined machine. Combined with slightly beefed-up specs, this allowed them to raise the price again. 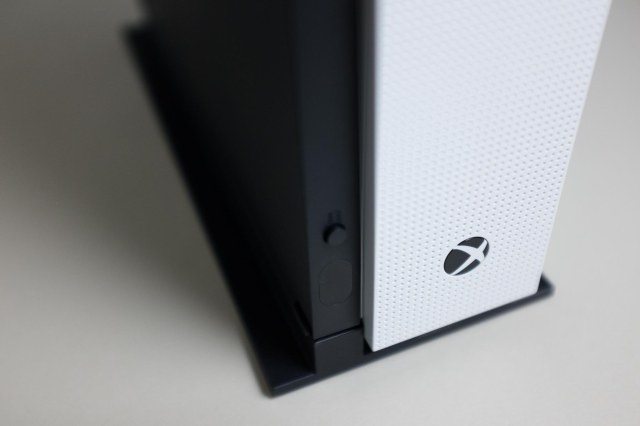 Let me be clear: I’m quite happy with the Xbox One S (other than having to re-download all of Halo 5’s ridiculous 80-plus gigabytes). It’s a great design, with a few subtle enhancements that go a long way to improving the user experience. The mechanical power button prevents me from accidentally turning the console off with my foot in the middle of a game, and the lighted home button on the controller is no longer bright enough to blind me when playing in a dark room. I also like that Microsoft brought back the option to stand the console on end, rather than having to lay it flat, which gives more options to those of us working in cramped quarters.

But it also reminds me of what the original Xbox One could have — should have — been. And that’s a little maddening. It’s almost like we were duped into buying the first one. Don’t get me wrong, though: I have really enjoyed playing games on the Xbox One and, after all, I suppose that’s what it’s all about. Also, at least it never failed on me; over the duration of the previous console generation, I owned four Xbox 360s because the things kept going kaput. Still, I don’t believe for a second that Microsoft wasn’t capable of building the Xbox One S three years ago.

As tempting as the Xbox One S is, with Microsoft’s high-performance Scorpio and Sony’s mysterious PlayStation Neo on the horizon, console gamers have plenty of reason to be patient. That said, if you’ve wanted an Xbox One but have held off, you could certainly do worse than to buy the Xbox One S now. However, for someone who already owns an Xbox One, the upgrade to the S probably doesn’t make much sense — unless, like I was, you’re just really frustrated with the damn noise.

Article written by Daven Mathies, published 8/4/16. Make sure to follow @iaytd on Twitter for more reviews and articles about all things entertainment.

Entertainment. Gaming. Dreaming.
View all posts by adamryen →
This entry was posted in Gaming, Guest Authors and tagged daven mathies, gaming, i am your target demographic, iaytd, microsoft, slim, tech, videogames, xbox, xbox one, xbox one s. Bookmark the permalink.