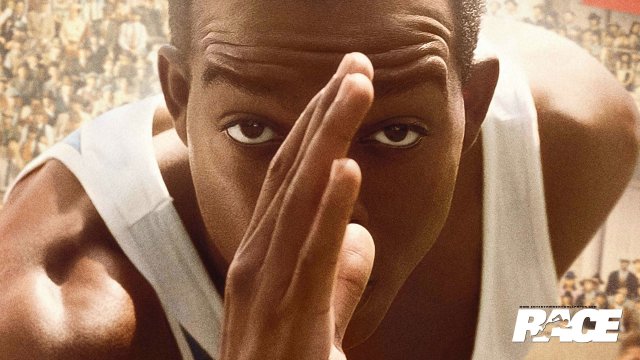 This movie arrived in theaters without much spectacle. I didn’t really hear much about it and no critics seemed to be raving about it, so I was expecting a very standard biography. I got something very surprising.

It’s the 1936 Olympics, set to take place in Nazi Germany. A young track star named Jesse Owens (Stephan James) begins his time at Ohio State University, at a time when things like locker rooms and dormitories were still segregated. The track coach (Jason Sudeikis) begins working with Owens, in hopes of scoring some gold medals at the Olympics. Throughout the movie, we also encounter two American bureaucrats behind the scenes of the Olympics (Jeremy Irons and William Hurt), Owens’ love interest Ruth (Shanice Banton), and the antagonist of the story, Nazi propaganda minister Joseph Goebbels (Barnaby Metschurat).

This movie hit me in all the right places, in a way that was refreshing and exciting.

Let’s start with relative newcomer Stephan James. I don’t know anything about the real life Jesse Owens, but James’ performance here was the key to this whole movie working. He was likeable and charismatic and a character that you were absolutely rooting for. The movie is a little long but James’ performance kept you engaged the entire time and hopefully this movie, regardless how it does at the box office, sparks this young man’s career.

I was also really surprised by Jason Sudeikis. Since leaving Saturday Night Live, he’s really only done raunchy comedies like Meet the Millers and Horrible Bosses. Here, he delivers a straight-on dramatic performance and has some moments that were truly incredible. This could be the performance that launches his legitimate career.

Let’s zoom out a bit and look at the movie in general. This movie is predictably inspiring. They make biographies like this because you know that something triumphant will happen and it’s a story worth telling. Here, though, they manage to make it feel suspenseful and they’re able to portray somewhat of a predictable story in a way that is refreshing. The story manages to tell a small story but it also gives you glimpses of the larger world at this time. Hitler is fairly absent, aside from a few group shots where he’s around, but the real villain is the Nazi propaganda expert Joseph Goebbels. This choice was perfect and the portrayal of Goebbels was really nuanced, giving us a much more sinister villain than I expected. Much more of the film takes place in Berlin than I expected and the entire time there is full of incredible imagery that gives you goosebumps when you think about the reality of that time. There’s one shot where Jesse steps out into the German coliseum and a giant blimp overshadows him and it was just a great moment. A lot of depth without needing to say anything.

I just had a really great time with this movie. Maybe it’s because my expectations were low but I thought the performances were incredible, the story extremely compelling, and I found it to be a refreshing take on a somewhat predictable biography. 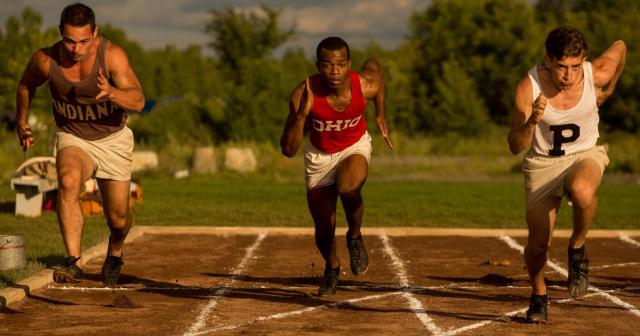 There are only minor complaints that I had. It does clock in at over two hours, which is pretty lengthy. I never found myself bored but I did find myself expecting the movie to be wrapping up, only to find it still had a significant portion left.

Also some might find fault in the CGI work. To replicate the 1930s, most cityscapes and backgrounds are computer-generated. The city from a distance almost looks like Sin City, where it’s so blatantly fake. Every time they zoom out to a coliseum or large arena, it took me out of the experience just a little.

Please consider heading to the theater to see Race. It’s a unique story with some really great performances, most notably by newcomer Stephan James and a dramatic turn for Jason Sudeikis. The Nazi Germany context of this story is extremely compelling, made tangible by the great use of Joseph Goebbels as the villain. In the end, I found myself incredibly inspired by the story, so if you’re looking for something uplifting and a new twist on a predictable sort of story, Race will do it for you.