Based on Colm Tóibín’s best-selling novel, Brooklyn follows Eilis (Saoirse Ronan), a young Irish immigrant as she adapts to life in 1950s Brooklyn. She soon falls in love with a boy, but when she is needed back home in Ireland, Eilis finds herself having to choose between the two countries. Brooklyn also stars Emory Cohen (The Place Beyond the Pines) and Domhnall Gleeson (Harry Potter, Ex Machina, Frank), is adapted to screenplay by Nick Hornby (Wild, An Education), and is helmed by director John Crowley (Intermission, Boy A).

Brooklyn tells a fairly simple story which lacks much profundity, but it succeeds in being such a genuine feel-good tale of triumph and a veritable romance without too much of the Nicholas Sparks mawkishness. In addition to being a well-executed period piece, the film is mainly driven by a strong performances, namely from Ronan, in one of her first adult roles after rising to prominence as a child star.

The film makes up for the lack of an exciting or an all that dramatic narrative with tons of personality and authenticity. Every little problem or triumph experienced by Eilis shines through no matter how subtly they are presented; she is a believable human being from the very first seconds of the film. Tonally, the film as a whole is fairly light-hearted and charming thanks to the ever-present humor and romance. The humor wasn’t exactly my cup of tea, but it was consistent and I found myself laughing out loud on more than one occasion. I am also not a big fan of straightforward, surface-level romance narratives, but in this case, just on chemistry alone it worked so well. And on top of it all, as specific as Eilis’s plight as an Irish immigrant in the ’50s may seem, the film manages to evoke an unlikely relatability to her situation. On some level or another, there is sort of a universality to moving away from familiar surroundings and having to adapt to new ones whether you’re moving away to college or a new country, and the film does its best to capture that feeling.

As mentioned before, Ronan convincingly brings her character to life with an amazing performance and there are sure to be some awards coming her way. However, relative newcomer Emory Cohen delivers a (nearly) equally noteworthy performance as Eilis’s Italian-American boyfriend, Tony. He manages to become instantly likable and we immediately dread the possibility of his heart being broken even more so than Eilis’s. Gleeson’s appearance as Jim is comparatively brief, but he manages to leave a strong impression with the small amount of time that he has with a subtle, dignified performance. 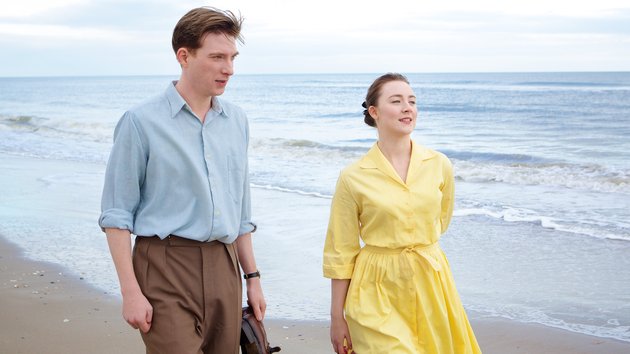 Genre-wise, this isn’t usually the type of film that intrigues me. I expected it to be nothing more than hokey piece of Oscar bait, but I was proven wrong. It was romantic, uplifting, charming, and full of heart. However, despite all of its strengths, it never really got to the point where it was incredibly moving or effectively plaintive. A couple of scenes were close and Eilis’s inner turmoil in the third act was palpable, but for the most part, this drama was mild on the drama.

Brooklyn is a simple, lighthearted, feel-good movie that effectively deals with love, adaptation, and uncertainty in one fell swoop, and it is not without its share of poignant moments. Ronan makes a flawless transition from child-star to bona fide actress and the film is worth watching for her performance alone. 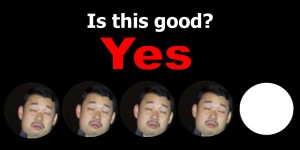