Review: Beasts of No Nation

Beasts of No Nation.

As civil war is breaking out in an unspecified West African country, young Agu (Abraham Attah) finds himself enlisted as a child soldier in the rebel army under the command of the callous Commandant (Idris Elba). Directed, written, produced, AND shot (damn, dude) by Cary Joji Fukunaga (Sin Nombre, Jane Eyre, True Detective), Beasts of No Nation is most notable for being the very first feature film to have its premiere on Netflix.

Beasts of No Nation is by no means an enjoyable and comfortable watch. It is hard to stomach, largely because seeing children in peril feels absolutely awful, but one cannot help but stay engrossed through the entirety of the film.

Once things take a turn for the worse, bleakness and poignancy consume the film but a faint aura of hope persists until the very end. The film’s portrayal of child soldiers is well-done as it never feels exploitative and never lets us forget that they’re still children in spite of all the murderous indoctrination. It refuses to hold back on the horrors that war may entail and has us lamenting about the slipping away of innocence, but Fukunaga’s deft writing and direction evokes a sense of resilience that lets it be known that this is not a film rooted in utter nihilism and hopelessness.

And of course, astounding performances are integral to how well the film turned out. Idris Elba does what Idris Elba does and Abraham Attah delivers an incredible, revelatory performance that is sure to generate some awards buzz. I would also be remiss if I didn’t mention how immaculately shot it was by Fukunaga. 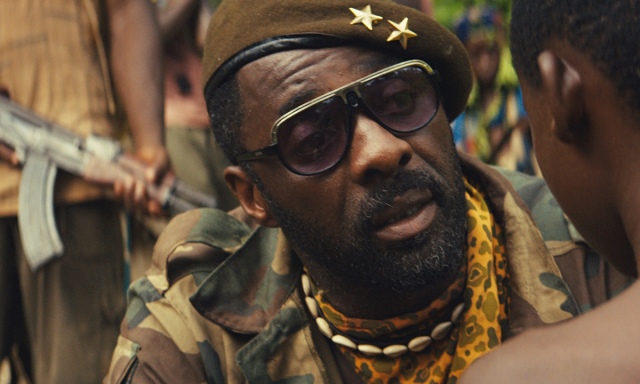 On its own, the score is incredible, but at certain points in the film it felt ever so slightly ill-suited to the scene at hand and sometimes even a bit manipulative. But when it does work, it’s a beautiful thing. Otherwise, I have no other complaints.

City of God meets The Thin Red Line, Beasts of No Nation is a beautifully done, unflinching look at the horrors of war through the reluctant eyes of a child soldier. The film isn’t a constant stream of brutality as one may be led to believe, but there are a handful of scenes that some may find a bit too tough to digest, so proceed with caution.