I’ve been a fan of Vince Vaughn for years. Dodgeball. Wedding Crashers. Old School. Those were the days, you know? It’s been awhile since he’s had a hit like that but I somewhat enjoyed Delivery Man and The Internship. Could this be his return to comedy greatness?

Vaughn, along with Tom Wilkinson and lil Dave Franco, split off a large business to start their own. They struggle but they finally are about to seal a deal when they find out their old boss (Sienna Miller) is making a move for the same client. Our trio decides to fly to Germany and try to woo the company directly (which includes James Marsden and Nick Frost), which results in a series of crazy adventures and plenty of R-rated exploits.

While this isn’t the return to comedy gold that I wanted, there was plenty of funny here. Vaughn is exactly the same as he’s ever been, but for some people that works. I enjoyed him and Wilkinson, but the real standout was Dave Franco, who knocked it out of the park on almost every joke (aside from a few that fell flat). Franco actually acted here, playing a much different role than I’ve seen him do, which was refreshing.

I also was surprised by a side storyline where Vaughn’s character struggled with his wife and kids at home, who were struggling with a bullying situation. It had some nice moments and added some depth to a movie I didn’t expect would have any, but it didn’t have the big payoff I wanted from a subplot like that. A great idea but missed opportunity. 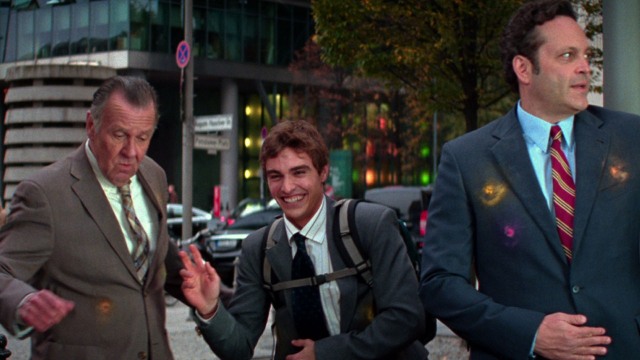 There were some highs but there were definitely some lows as well. Some jokes were painful, including a scene with way too many penises. The story was also a pretty cliche  “everything goes wrong but you know everything’s going to turn out” example. It’s predictable through and through.

And like I said above, I appreciated the inclusion of an interesting subplot with the son and daughter, but didn’t payoff in a meaningful way for me.

Unfinished Business is no return to greatness for Vince Vaughn. I did laugh though, a few times, mostly due to some great work by Dave Franco. Some folks might find him annoyingly stupid but I appreciated his effort to make his performance different. As a whole though, this movie didn’t work. The hard R-rated comedy was just for shock and fell flat, while the heartfelt subplot didn’t work either. Not worth your money or time. 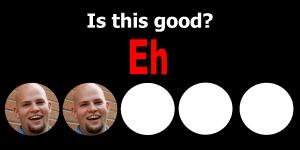