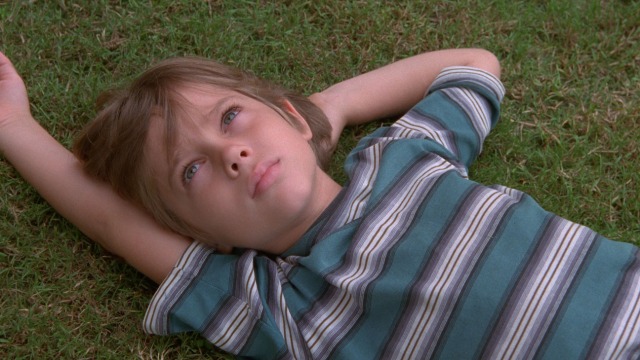 This movie made waves because of its unique structure that’s never been seen before. It took 12 years to make this movie, recording a few scenes every year, to show this young boy growing up (hence why it’s called Boyhood). Was director Richard Linklater right to spend this much time on a movie? Or did it ultimately fizzle?

At age 5, we meet Mason (played by Ellar Coltrane). He’s joined by his sister (the director’s own daughter Lorelei Linklater) and his mother (Patricia Arquette). We also meet his somewhat deadbeat dad (Ethan Hawke), who shows up every once in awhile to take the kids out for ice cream or whatever.

The storyline is fairly simple, as we watch Mason grow up until he becomes a freshman in college. That’s pretty much the story.

As a premise, this idea is genius. I mean, the dedication to this project must’ve taken so much work, especially not knowing how this kid was going to grow up. I read a lot of stories about the struggles behind the scenes, especially involving Linklater’s own daughter who wanted to stop doing the project. The fact that they could keep it up and put out a final project shows tenacity.

The real star of the show though is Patricia Arquette, as Olivia, Mason’s mother. This is one of those names that I had heard before but I didn’t really know any of her previous work. Somehow. Anyways, she kills it here. Mason is a kid so he doesn’t really react to the serious things happening, as kids don’t really understand what’s going on, but Arquette delivers a great performance with a lot of depth. This movie went to some darker places than I was expecting and she (as an actress) did amazing. Her character often made strange decisions, but I guess people sometimes do that in real life too.

Maybe this movie was overhyped for me, since I’m catching it so late.

Ellar Coltrane, who plays Mason, is generally forgettable. As a kid, he’s fun and engaging, but as he ages into his teenage years, his angst makes the movie really drag. “But it’s real!” people might say. I just thought it slowed things down and made the character less interesting. And I had to look up the actor’s name. If his performance was incredible, more people would be talking about him but I haven’t been hearing those conversations.

I also found Linklater’s writing to be 1.) pretentious and 2.) scattered. The first point is that he tries to incorporate his own political leanings and he does so with some weird decisions that feel forced. I wouldn’t mind if it was seamless or made sense. But instead, he incorporates things like redneck neighbors that threaten to shoot people (because I guess republicans always must shoot people because they can?). It was just strange and unnecessary. And then the actual storyline is so scattered because it must’ve been hard to craft a throughline. There is no semblance of any overarching story. The movie ends without closure, without any sort of spectacle (except a quote for your Instagram page), and it just feels aimless.

So here’s the thing. The idea here is fantastic. It’s a genius experiment. But as a film, it’s very non-traditional and hard to swallow. It’s a character piece but about a character that isn’t super interesting and their arc is so flexible that there’s no overarching story. The mom’s story is almost more interesting but she’s demoted to a supporting character with Mason in the foreground.

As an experiment, this was really cool. As a film, it didn’t always succeed. 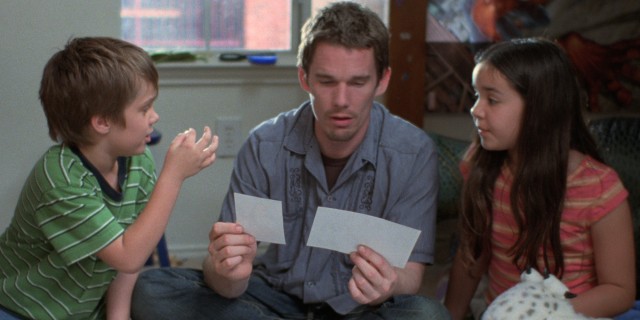 If you have time to watch something really interesting, Boyhood is an intriguing movie. Linklater had a creative idea but I don’t think it was executed properly. No one is talking about Ellar Coltrane because he evolved into a stilted and angsty teenager that doesn’t make for an intriguing subject. Patricia Arquette, though, delivers an amazing performance and is well-deserving of her nominations/wins.