PS4 Review: The Wolf Among Us 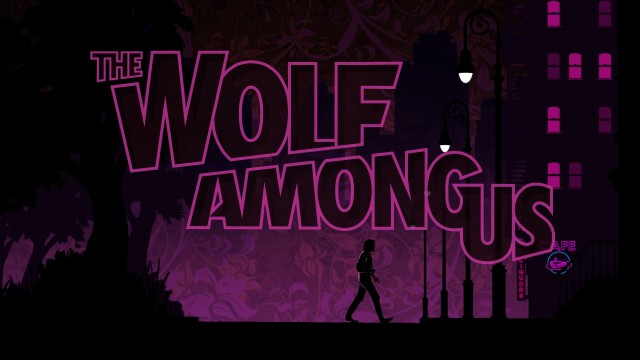 PS4 Review: The Wolf Among Us.

Telltale Games has been making waves in the gaming community with their acclaimed series based on The Walking Dead. To follow that up, they released the five-episode series of The Wolf Among Us, based on the graphic novel series Fables. In this series, there are five 45-minute episodes (give or take) that tell a larger arc.

In terms of gameplay, it is basically a playable movie, which allows you as the player to choose dialogue options, some major decisions, and react to events happening on-screen using quicktime events (or “QTEs”). There isn’t a way to fail, as far as I found, so the story moves forward regardless.

The gist of the story… Fables and legends were evicted from their real world in an event called “the exodus.” They now attempt to live in a small community in New York City called Fabletown, where they must blend in with the “mundies” (or mundanes). The Sheriff of this community is Bigby Wolf (formerly known as the Big Bad Wolf). People are still terrified of him from his past life but he now tries to protect the fables under his purview. The first episode features a grisly murder that Bigby and his partner Snow White must attempt to solve.

Let me begin with our main character Bigby (as in “Big B. Wolf”, get it?). Bigby is a complicated character already, as he’s trying to redeem himself for a lifetime of horrific acts. Him being the Sheriff of this community was a genius move on the graphic novel’s part, as it gives you some complex choices and an interesting narrative. Voice actor Adam Harrington does a terrific job of bringing him to life.

The really interesting part of Bigby though… Is that you get to choose what kind of a Sheriff (and man) he is. I played through the entire game twice (each complete runthrough only taking about 4.5 hours) and played very different each time. The first playthrough, my Bigby was compassionate. I would always give my friends money if they needed, I would never hurt an innocent, and I assumed the best in people. My second playthrough… I chose to be the complete opposite. I resorted to violence first and foremost, letting Bigby resort to his animal nature. This game resulted in a very different end and my character of Bigby was not even recognizable to the first.

This ability to choose is much more than a black and white dichotomy that some games (like Infamous for example) make you choose. You’ll have to make choices that aren’t easy. This gives the game depth. Even the big bad villain that you discover isn’t all that bad, if you can see where they’re coming from.

This was my first time playing a Telltale game. I wasn’t sure if just watching the story unfold and occasionally contributing would be interesting. It absolutely was, though. There’s a few big action scenes in each episode that you must engage in. Do you reach for the lamp to use as a weapon or go straight for their throat? As you’re investigating crimes, which apartment do you search first? Between my two gameplays, there is a big difference between even the smallest of choices.

Visually the game is also really stunning. It has this cell-shaded style similar to Borderlands but the color palette is this mid-80s neon kind of look. It’s a beautiful world and luckily the characters are interesting enough to draw you in.

While Bigby leads the show, his supporting cast is fascinating as well (enough for me to want to dive into the Fables graphic novels now). Your roommate is one of the three pigs whose homes you destroyed (named Colin). You even get to interact with less notable fairytale characters, like the coward Ichabod Crane, of the Headless Horseman myth. It’s a fun world, though very dark and violent.

This isn’t a game for the weak-stomached. Don’t be fooled that it’s about fairy tales. At one point, my Bigby ripped someone’s arm off. There’s a strip club and prostitution ring. The language is very adult. If you can appreciate all that, the story you find here is very complex and deep and rich.

I don’t want to give away the main villain of the story but I do want to commend one of the villains that you’ll encounter. Bloody Mary. As in… say her name into a mirror and see what happens. When Bloody Mirror arrives on the scene, the whole game gets better. It’s a violent encounter in a back alley that really sets the stage for future episodes. Her voice actress Kat Cressida did an absolutely fantastic job bringing her to life. 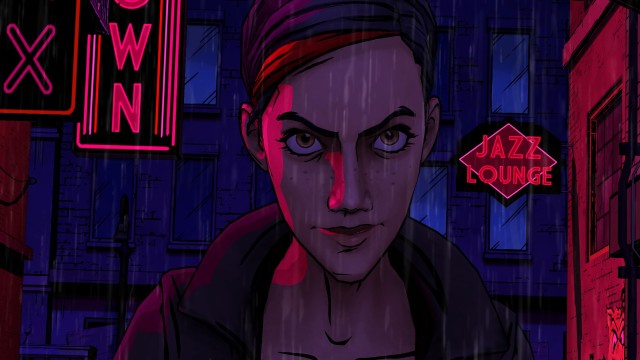 There were a few slumps where the action let up for a little too long or the mystery seemed a little less engaging but it never lasted for too long. Every lull was soon followed by a cinematic and intense action scene.

On the PS4, I also had zero problems technically and the loading screens were almost non-existent, which I read was a big problem with the earlier versions of the game.

I’m hooked. On multiple fronts. Not only do I now understand the quality of work coming out of Telltale Games but I’m addicted to this world that has been built. Luckily, I already have the first graphic novel to dig into. The quicktime event structure of the game works perfectly, letting you create what sort of story you want to see play out. How far is your Bigby Wolf willing to go? The Wolf Among Us is available for basically every platform, so try to get your hands on it. It’s an engaging story in a fascinating world with near-flawless technical execution.