A bit of a preface. When I say “Top 10,” it’s my 10 favorite. They may not be the best performances or the best written but they’re my favorites. I saw 64 movies this year, with reviews for all of them on this site, and I’ve narrowed it down to 10 that I would absolutely recommend.

The movies I didn’t see… Some movies I just never got around to, which is a shame. I never saw Boyhood or The Imitation Game. I think I managed to find all the other movies that I wanted to see.

Not quite cracking the top 10… The first movie of 2014 that wowed me was The Lego Movie, managing to create an engaging story that could please both kids and adults, with a stellar voice cast. My other honorable mention is a movie I gave 5 Adamheads but it just didn’t really stand up against these other choices and that’s Kevin Costner’s Draft Day, which managed to tell a really interesting and heartfelt story about football, without needing to know anything about the sport. I likened it to Moneyball, as both are really great sports movies for the casual viewer.

Keanu Reeves is back and kicking ass in this action movie that has some amazing fight choreography and builds a really fun fictional world for these assassins and killers to live in. It made this top 10 list because not many action movies this year really impressed but John Wick went back to basics and gave you a simple revenge story with some great performances and impressive gun fu (yes, kung fu but with guns).

Jon Favreau (director of Elf and Iron Man 1 & 2) gives us an intimate look at the culinary world with a new spin. Instead of focusing on the kitchen of a huge restaurant, as is often the case, we see the world of a traveling food truck as Favreau’s character attempts to reconnect with his young son. The movie is bright and colorful and full of some of the best-looking food you’ll ever see on-screen. The music is also really amazing. Overall, Chef is a solid choice for anyone looking for a fun and light-hearted comedy with some delicious looking food.

This “based on a true story” film features Reese Witherspoon as a woman who hikes for a few months up the Pacific Coast Trail, hoping to atone for something. The hiking portions are intense and suspenseful, while we’re also treated to flashbacks that reveal a secondary story about her mother (Laura Dern) that gives us a different perspective on Witherspoon’s character. These two ladies deliver stellar performances and the film is shot beautifully.

This movie flew under most people’s radars but I’m hoping it gets a second life on DVD. Imagine a future where aliens are attacking our world and a coward deserter (Tom Cruise) ends up on the war front. After a strange accident, he uncovers how these aliens were so able to defeat Earth’s defenses and it results in him being able to relive the same day over and over again, learning from his mistakes. In this Alien meets Groundhog Day gimmick, we actually have a really compelling and action-packed film, which plays out like the best videogame movie that isn’t based on a videogame. Emily Blunt delivers an incredible performance as a war hero who teaches Cruise’s character to fight. Really fun to watch and a unique spin on the alien invasion film.

In this unique spin on the crime thriller, we follow Jake Gyllenhall as a down-on-his-luck guy who discovers a career in taking crime scene videos and selling them to local news outlets. Things get intense when he begins to overstep his bounds and become involved in the crimes themselves. Gyllenhall delivers what I consider to be one of the best performances of the year and the climax of this film gave me chills as the credits began to roll. A dark masterpiece, not one to miss.

I still hesitate to say too much about Gone Girl, as the movie’s various reveals are what makes it so successful. Put plainly, this is the story of a man (Ben Affleck) whose wife goes missing (Rosamund Pike). The movie follows the series of investigations that follow into what really happened. Both Affleck and Pike deliver stellar performances and David Fincher’s direction is captivating and gripping, making Gone Girl up there with my favorites of his. The best way to watch Gone Girl is to not ask any questions, just go watch it without any preparation.

Imagine if everyone left alive in the world lived on a train that continuously circled the world. And then imagine… that every cabin on the train served a purpose and those that lived in the front of the train lived a life of luxury, while those at the back live in poverty. Our movie begins with Chris Evans who triggers a rebellion to take over the train, cabin by cabin. Snowpiercer came out of nowhere but is luckily streaming on Netflix now. If you want an interesting and unique spin on a dystopian future, this is your best bet.

Michael Keaton is a star who started a franchise of superhero films, both in real life and in the film Birdman. This movie is strangely self-referential but an extraordinary cast helps bring this unique feature to life, including Edward Norton, Naomi Watts, Emma Stone, and Zach Galifianakis. The movie plays with the idea of reality versus fiction and our lead character can’t even tell if he’s a superhero or not in real life. It’s hard to explain this film and it definitely isn’t for everyone, but if you want something different and entertaining, Birdman will do it.

#2.) The Theory of Everything

The real life story of Stephen Hawking is a fascinating tale but I wasn’t sure going in if the movie would be all that interesting. I was dead wrong, as a stellar performance by Eddie Redmayne brings Hawking to life and his transformation is incredible. As his wife Jane, Felicity Jones also delivers an incredible performance, and together they put forth one of the most engaging and tragic love stories I’ve seen in a long time. Director James Marsh also deserves credit for a beautiful execution.

#1.) Guardians of the Galaxy

This might seem like a strange pic to some of you. “Best movie of the year?” When I think about my expectations going in, Guardians had to the highest of the year. But it met and exceeded them. When I think about what movies I was raving about and dragging people to, it was Guardians. When I think about movies I want to rewatch again and again, Guardians is it. From the stellar cast to the intricate world-building by director James Gunn, Guardians of the Galaxy has everything. And while it’s set in the Marvel Cinematic Universe, you don’t need to know those other films to dive in and appreciate what is being done here. In theory, Bradley Cooper as a talking raccoon shouldn’t work. Taking Vin Diesel and giving him only three words to say over and over… shouldn’t work. But it all does, in a beautiful, hilarious, and well-crafted film that is undoubtedly my favorite of the year. 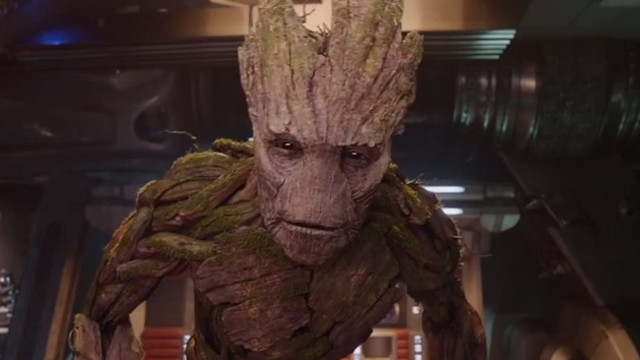 Thanks for reading and let me know if the comments if you agree!