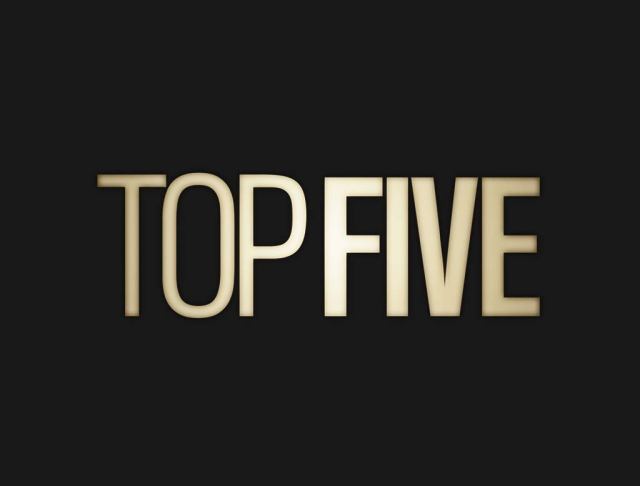 This is supposedly Chris Rock’s passion project, bringing together some outstanding talent and a story that most comedians (and fans of the genre) could probably appreciate. It wasn’t playing at a lot of theaters, but I managed to find one nearby and I went in with high expectations, especially after hearing some buzz after the first few weeks.

The gist is that Chris Rock stars as comedian Andre Allen, a former standup star whose life took a turn for the worst after a struggle with alcoholism. He now wants to be seen as a serious actor but it’s hard when he’s about to marry the star of a reality show (Gabrielle Union) and everything he does is captured on camera. The movie begins with a journalist (Rosario Dawson) who is going to follow Allen for a day and interview him about his journey, his struggles, and the questions that no one has ever asked him. Also starring is J.B. Smoove, Cedric the Entertainer, and Romany Malco.

Chris Rock shows off some serious chops here. Yes, he’s funny, but it’s not really about that. This movie is about the man behind the clown makeup, as his character struggles with a movie that’s about to bomb, a wife he doesn’t relate to, and a history of alcoholism that haunts him everyday. In a scene in a grocery store, he shows off a whole range that I’ve never seen from Rock before.

Rosario Dawson also astounds here, though I wasn’t surprised by this. The two have an incredible chemistry together but it’s their conflicts that really move the story forward.

There are also a slew of cameos here but it all makes sense in the world that Rock has created.

In terms of filmmaking, there’s also some really admirable moments here. Rock and Dawson often just talk as they go about their day and it’s cleverly shot in single takes, almost reminding me of Aaron Sorkin-inspired writing. Short, quippy, and realistic. Authentic.

While I thought this movie was hilarious, I didn’t think the comedy was the film’s best attribute, so those going in wanting a comedy may leave disappointed. Stars like Kevin Hart and Tracy Morgan were advertised like they were costars, though each of them only gets a scene or two in the movie. The movie is really Rock and Dawson’s movie and you have to know that going in.

This isn’t a big theatrical experience but this a solid movie that chronicles a day in the life of a comedian and their struggles. Rock delivers the best performance of his career and Dawson perfectly complements him. Some incredible supporting performances also help, especially from Cedric the Entertainer. While the film is really funny in moments, the best parts are the moments when the facade breaks and you see Andre Allen’s world for what it really is. If this is really Chris Rock’s passion project, he succeeded on all levels.