I went through a spurt where I loved playing the actual tabletop version of Warhammer (both Warhammer Fantasy and the sci-fi version Warhammer 40,000). More recently, I had a blast with the shooter Space Marine which faithfully recreated the world, so I was optimistic about a cool Warhammer game on my mobile device. I played on an iPhone 5S, which will become important later.

In terms of story, this is set in the far future where large genetically-engineered soldiers fight against all opposition that would threaten their way of life. Each soldier is worth something like 100 human soldiers, maybe even more. They’re beasts. But some of them have become corrupted by the evil force of “chaos” so most of this game is the Space Marines versus their Chaos Marine counterparts. It’s a turn-based strategy game, where you move your soldiers on a grid and choose actions for them. 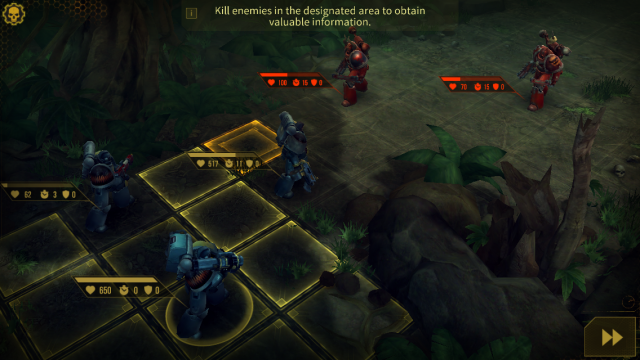 Visually, the game is stunning and drops you right into the world. The battle animations are great and every once in a while you get a unique “kill cam” when you finish off an enemy. The landscapes are also gorgeous and full of little details, though the maps can sometimes be a little hard to navigate.

The story also makes sense, focusing on one “chapter” of the space marines, called the Space Wolves. Each map has a small story component and several objectives, some required and some optional.

When it comes to equipping your marines with weapons and moves, you use a card system, where you can replicate similar guns and evolve them. This system is interesting but there are some major flaws in how it’s implemented. There are three types of soldier you can control (though you must purchase the other two with in-game currency) and each comes with a pretty unique set of cards, so there’s a vast amount of weapons to field (though the question of “is that necessary?” might be brought up).

Unfortunately, the story and concept is the highlight but its implementation must now be questioned.

There are some absolutely game-breaking aspects of this game.

Let me start at the beginning. I’ve played many games like this, that utilize evolving and upgrading weapons in the form of cards but Space Wolf doesn’t explain this feature very well so casual players won’t likely understand the nuances. And even once you do understand how to do it, the game makes it difficult. In your “deck,” you can only see the details of a weapon by removing it from your deck and then adding it again, so comparing damage and other attributes becomes painstaking. And you can’t evolve any weapons in your deck, so you’re constantly trying to find it (in a not great interface) and then removing, then going back to the upgrading page, and then having to go back and re-adding it to your deck. It’s just not easy.

This is just one example of how the game assumes you know what to do. After about four days playing, I still don’t quite understand the features for building new weapons.

Then we get into the actual game.

Like I said, I’m playing on an iPhone 5S (and 5 is the minimum to run this) and I ran into glitches in almost every single game. The biggest drawback is that each action would be followed by about 20-30 seconds of just waiting, until the soldier would do the move. At first, I thought the game had frozen. This becomes a burden and makes games last way too long. On several occasions, it actually did seem to freeze and my soldiers wouldn’t make their action. I could only go to the menu and abandon/restart. When you finish a mission (including by abandoning), your squadmates have a refresh time. So imagine my frustration when I abandon to get back to the main menu and discover that I can play another game in 20 minutes. 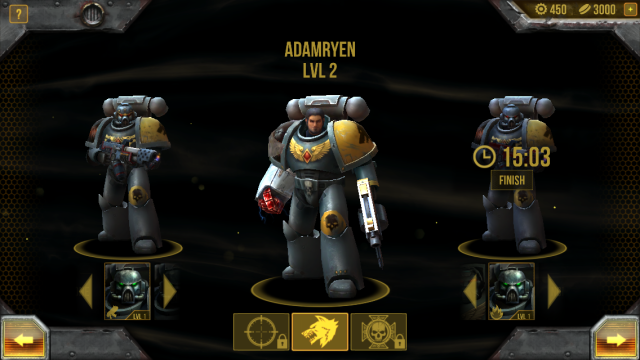 So the game forced me to abandon and then forced me to wait 20 minutes. After that, I learned to just restart the mission but that became just as frustrating after I had spent another 20 minutes completing the mission just to have it freeze up as I was about to finish it. One mission, I even killed every enemy but it refused to give me a victory. I was about to quit this game on my first night playing but I wanted to attempt to give it enough time so that my thoughts here could be substantial.

AND the game requires you to always be connected to wireless. I’m sitting in my apartment with a solid wireless signal and I encounter the following message about five times a game: 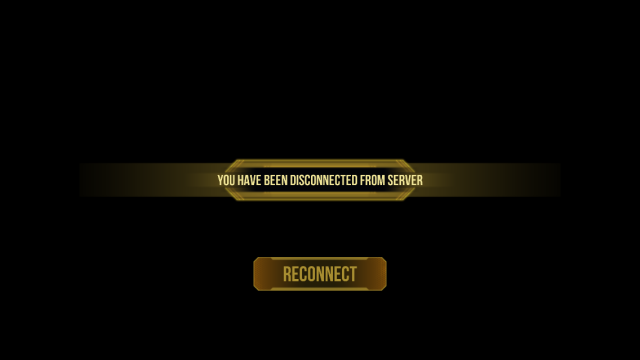 When this happens, you usually rejoin the game losing whatever “action points” you had, which means you’re now at a severe disadvantage, essentially missing your turn. That makes a hard game even harder and more frustrating than it should be. This shouldn’t be an “always on” game.

Let’s pretend that it didn’t glitch though. Is the game fun? Yes. Absolutely… If you don’t mind playing the same maps over and over and over again. The difficulty ramps up like crazy in an attempt to get you to purchase currency. I’ve only completed five missions but I’m relegated to playing these five missions over and over until my squad is leveled up enough to continue. And half of these missions glitch out and I must restart them. If you happen to finish one, you get decent rewards but they’re not enough to keep me playing. The grind is a slow one and not worth it. 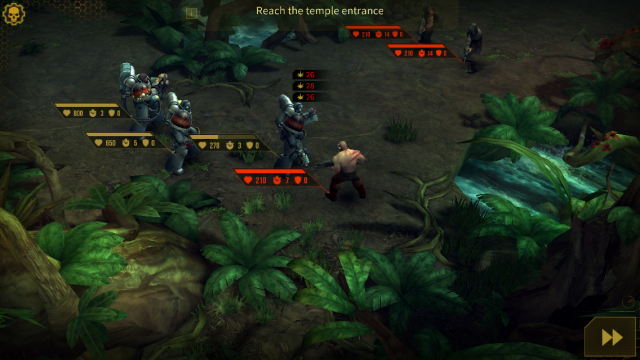 I enjoyed the Space Marine game because I felt like a badass space marine. Here, when you get gunned down by the first group of enemies on a map, you don’t feel like a powerhouse. You feel cheated.

And the card system makes sense in theory but they could’ve easily just had weapons you choose and there’s ways to upgrade them and customize them, without this gimmicky random card generator function.

If the technical bugs were fixed and some more help functions were added to explain various tools to you, this game might’ve been really successful. The gameplay (when it worked) was really fun and the visuals were incredible but it’s not worth the tedium of playing the same missions over and over and being interrupted by glitch after glitch.

I can’t in good spirits recommend this game. If they fix some of these glitches, I’d consider revisiting the game in a few months.