I don’t play too many but I’ve always had a soft spot for Japanese role-playing games. It’s been awhile since I’ve sunk my teeth into one and some stellar reviews for the recent PS3 port of Tales of Xillia 2 convinced me to check out this franchise. Before I play the sequel though, it was recommended I check out its predecessor.

At the beginning of the game, you are given the choice of two characters. Young doctor in training Jude or Milla, the incarnate of the ruler of the spirit realm and all the great spirits that reside there. Wait. How is that even a choice? Little teen doctor or woman who can summon the greatest spirits in existence. Clearly I chose Milla for this playthrough.

You navigate the city similar to how other RPGs function. You visit towns, buy and sell goods, go on large missions to progress the story, go on small missions to explore small nooks in the world, and battle monsters of all sorts and sizes. You end up with a team of six hero(in)es that you can control, each one with unique abilities and personalities. And based on which character you chose in the beginning, certain parts of the story will be untold to you. It was an interesting choice though sometimes confusing, as I felt I missed key exposition.

Most of the game is centered on battling monsters. While most games in this genre use a turn-based strategy, Tales of Xillia functions in real time. You must run and attack and hack and slash and use items, all while the enemies attack you. It adds a nice sense of urgency and vibrancy to the combat, as some other RPGs felt stale in this regard. When you lose a member, it’s not as simple as “Next turn, I’ll use a potion.” You must back away from the combat and make sure you have enough time to use those items before the enemy gets to you. It was exhilarating. 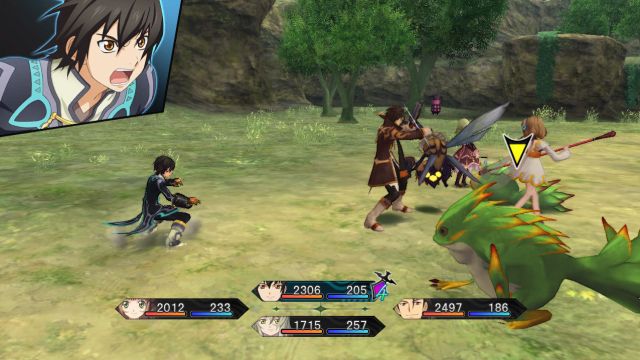 Like I said, the combat was awesome. In a game where you spend many many hours battling, it’s key that this system works. Even in the last few hours, I was finding out things I could do. For instance, I never took advantage of taking direct control of other characters. If I wanted to, though, I could’ve directly taken over some of these supporting characters and used their unique abilities.

The story was also engaging and interesting. I’m so used to 5-6 hour games that I thought the game was ending and it was only the end of the first chapter. I forgot how sprawling and massive these stories can get. It takes you to a lot of varied locations with exotic enemies. And while the locations themselves might be fairly linear with only a few ways in and out of an area, there are still areas that are completely optional and will reward you for exploring. The side mission structure is also interesting that you can miss most of them. Western RPGs don’t want you to miss them, so they go out of their way to send a messenger or something to trigger the side quest for you. Here, it’s your fault if you don’t wander into that cave. At one point, I backtracked to a location where I fought a boss hours earlier and a whole cutscene ensued and a new sidequest triggered. There was absolutely no reason to come back there though, so the game relies on you to explore and revisit locations.

That can sometimes backfire though, as the map doesn’t list where to go and you might spend a lot of time trying to trigger the next story event or find the monster you must kill in this certain area. At a few points, I had to look up guides because the game basically just said “Hang out some more!” and I had no idea what that meant. Finally I discovered the one NPC in town that I hadn’t talked to yet.

Visually the game was cool to look at. It’s an older game that was out in Japan for a few years before arriving here, so it’s hardly groundbreaking but the game looked fine. The best parts were anime-style cartoons that segued key moments. Absolutely gorgeous, though jarring when you get back to the in-game graphics that can look a little blocky and dated.

Since the game has a lot of complicated systems in place, it’s easy to misuse or forget them. I was halfway through my game when I realized various “skills” I was purchasing weren’t automatically applied but I had to switch them on. I missed the memo on quick travel and spent a good portion literally walking from place to place. These systems were great but introducing and explaining some of these systems felt like an afterthought.

And while most of the characters were really interesting, there was one that drove me insane. 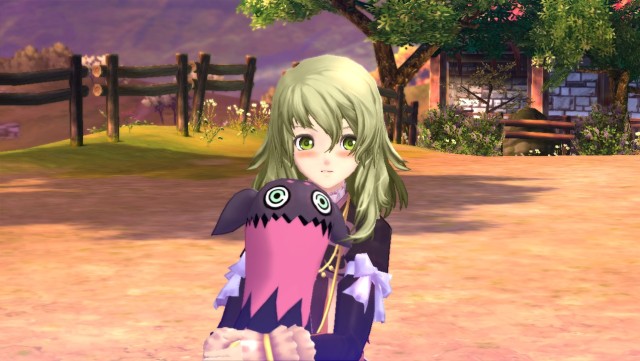 Teepo is a magical talking toy of some sort that helps this young girl Elize cope with the world. There were some interesting spins with the character but Teepo itself was the Jar Jar Binks of this game and actually led me to me never using Elize in battle.

Tales of Xillia is a great game and one that you’ll definitely get your money’s worth from. The amount of content is incredible and the layers of systems in place means some interesting choices you can make with your party and how they play. The quick action means you’re constantly on the edge of your seat and the story is interesting enough to keep your attention for a few dozen hours. Come back soon for my review of Tales of Xillia 2.