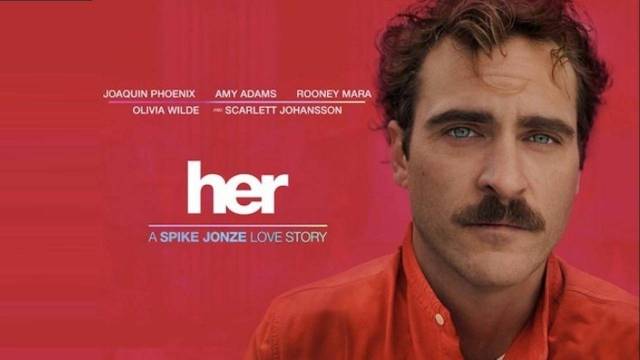 This is a movie that was on limited release in December, so it qualifies for these upcoming awards (including the last Golden Globes, where it won Best Screenplay) but it finally came to wide release and I was able to catch it. I was intrigued by the idea, as both a fan of unique science fiction and indie-film-esque love stories.

The gist. Joaquin Phoenix stars as Theodore Twombly, a lonely and depressed man who is going through a divorce (Rooney Mara). He buys a brand new operating system for his computer (an OS, voiced by Scarlett Johansson) that actually learns and is intrigued by Theodore. This OS helps Theodore begin to explore the world, including a blind date (Olivia Wilde), dealing with coworkers (Chris Pratt), and even negotiating past friendships (Amy Adams). Kristen Wiig, Bill Hader, and Brian Cox also contribute voices.

The story gets interesting as Twombly begins to actually fall in love with Samantha, his Operating System. This movie asks big questions about how someone falls in (and out) of love and if it’s possible to love a machine (or for a machine to love you back).

Director Spike Jonze (Where the Wild Things Are, Being John Malkovich) has created something extraordinary here. I believed that Joaquin Phoenix fell in love with just the voice of Scarlett Johansson. It makes sense to me. The world is just far enough in the future to be believable and it’s a stunningly beautiful movie, the colors popping off the screen. Phoenix gives another outstanding performance here, as well. Do you remember when he was the brother in Signs? He’s come a long way since then. It’s a tragic and simultaneously uplifting film, giving me a similar feeling as the movie (500) Days of Summer, as it manages to capture the absolute essence of being in a relationship, both the good and the bad. This might be one of the most accurate relationship films I’ve ever seen, which makes it more like science fact than science fiction. Phoenix and the voice of Johansson have incredible chemistry and I believed every moment.

Scarlett Johansson, while never on screen physically, somehow gives one of her absolute best performances. Every sigh is intentional and it’s totally plausible that this Twombly character would fall in love with her. Her yearning to understand humanity is sincere and adorable. But when things don’t go great, her regret and confusion about humanity is just as believable.

Amy Adams is spectacular as well, though her screentime is pretty limited. Chris Pratt really only has a few scenes but does exactly what he was meant to do. The casting in general was spot-on. Even one scene involving just Brian Cox’s voice (X2: X-Men United, Troy) was perfect casting.

This movie, while full of melancholy moments and silent acts of desperation, is also full of really hilarious moments. It’s a perfect balance and you’re able to laugh and shrug off some of these intense moments with some much-needed comedic bits.

While I loved this movie, I also appreciate films like this in general. It’s depressing at times, so those of you who don’t appreciate character-driven and emotional films may not appreciate this. It also moves at a slower than usual pace, as it naturally showcases the progress of Twombly and Samantha’s relationship. This isn’t a “eat popcorn and laugh all night” movie, so make sure to be in the right mindset when watching. There were some high school kids in the theater with me and a few of them walked out halfway through.

If you want to see an absolutely beautiful and believable world, that exists in a not-so-distant future, Her will give you the insight. Both Joaquin Phoenix and Scarlett Johansson give performances that will likely rank among their best ever. You will experience a roller coaster of emotion and it may seem absurd but this stellar screenplay by Spike Jonze absolutely convinces you that this world is both possible and on its way to becoming a reality. This is art. 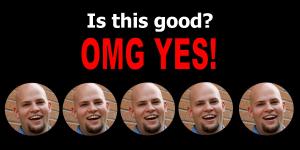 1 Response to Review: Her