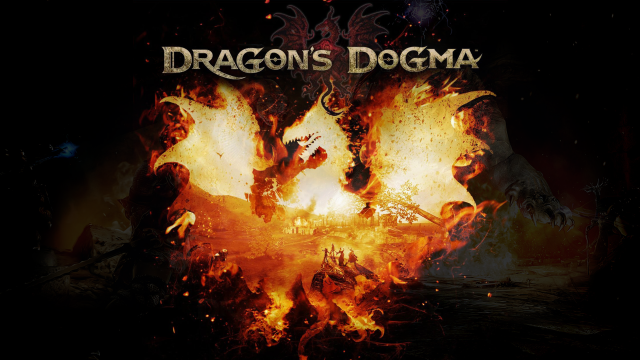 About a year ago, I remember playing the demo for Dragon’s Dogma and I was interested. There were a few elements that really popped and made it stand out from other RPGs but there was also a certain blandness to the demo that didn’t really make it memorable.

So did the full version outshine its demo and make a fan out of me?

The story begins in a very cliche way. You are the chosen one, tied to the arrival of a great dragon. You must defeat this dragon and save the world. See: Skyrim and Dragon Age: Origins. The story does not make this game unique.

What does? The game mechanics. There are several elements here which make Dragon’s Dogma different. The first is that your party isn’t composed of pre-created characters. All of your party members are “pawns,” which are essentially characters created by you or by strangers. You’ll create one yourself, which you’ll have for your entire adventure and it levels up and is a pretty solid partner. Your other two pawns are created by strangers (or your friends, if you happen to have friends that play this game). You have access to something called the Rift, where you can search for pawns by level, skills, class, etc. So for example, I played as a warrior with a rogue pawn, so I chose two other pawns that were mages or rogues mostly, for support.

In addition to being partners in battle, these pawns also bring knowledge of the other games they’ve been a part of. For example, they might give insight into a foe’s weaknesses, if they’ve fought them before. Or they might lead you to the next objective. If you’re playing with pawns at about your same level, it may or not come in handy, but if you have enough currency and buy a pawn of a higher level, it can be really helpful. It’s a cool system that allows for some creative choices in how your team is made up and it’s rewarding when you get notified that your pawn was chosen by someone else, in addition to feedback about their performance.

The other mechanism that’s fairly unique is the way in which you handle boss battles. You can crawl over these giant creatures, similar to how Shadow of the Colossus handled boss battles. You crawl around and hack and slash at weak parts. You can remove armor or look for weaknesses, as long as you have the stamina to hang on.

Both of these unique aspects make this game a memorable encounter. The pawn system is rewarding and gives you a lot of freedom. The A/I can be helpful at times but there’s also many times where they wouldn’t run from danger but instead faced an angry cyclops head on. Usually though, I didn’t have many complaints.

As an RPG… this succeeds on the ability to customize your character. While you can’t alter race, your battle style is extremely customizable. You begin with a basic swordsman, rogue, or mage class, but there are variations of each available as you upgrade, so eventually I upgraded to a 2-handed weapon expert, giving up the shield. Beyond that, you can also choose what attacks you learn and what buttons they’re assigned to. The amount of gear that you gather is pretty varied, as well as abilities to upgrade these as well.

The combat is extremely fun, mixing up standard attacks with the special attacks you’ve chosen. The attacks feel heavy, meaning it feels like you’re making contact, and it’s extremely rewarding when you hack down groups of enemies. The combat against larger enemies is extremely fun, as you crawl onto the back of a griffin and ride it into the sky, hacking away the whole time. It’s a dynamic and fun experience.

I also want to mention the environment and setting. In the demo, I was unimpressed by the look of the game. In the real game though, we’re given looks of other environments and it kind of grew on me. It’s a gritty realism, so there aren’t many bright or colorful environments, but they’ve mastered dark and gritty. Sewers, caves, forests… they look terrifying. And then night falls… This game is absolutely horrifying at night. You have a lantern that lights a small radius around you, but you have no idea what’s around you. You’ll stumble into enemy camps, you’ll run into an angry cyclops, and you’ll have no idea how to escape. Skeletons rise from the ground and deadly phantasms float above the swamps. Night is terrifying. I became so terrified of the dark that I would find any sort of fire, like a bandits’ camp or refuge, and literally wait til the sun came back up, sometimes about 30 minutes of in-game time. Especially at early levels, you’re not in a place to fight these terrors of the night.

Let’s talk about difficulty. This game can be hard, sometimes intentional and sometimes unintentional. The intentional goes as a “pro” in this list. You can’t just charge into battle or roam around at night. I remember the first time I died… I crawled down a well in my hometown and confronted a band of lizardpeople called saurians. They destroyed me utterly and completely. To be fair, I didn’t really understand how to use health potions yet. But this game is hard enough to make you really plan ahead and think about your team dynamics (and teaches you to always have a full load of health and stamina extras).

So what doesn’t work?

I had a lot to rave about, but there are definitely some huge problems.

Some of these huge boss battles can be game-breaking. For example, in the early hours, I went down into this dungeon and encountered a tentacled beast that was extremely difficult. Played it for nearly 30 minutes, finally resorting to a wiki to found out what I was doing wrong. Turns out, you had to run away from it, it was not defeatable. What kind of a decision was that?

There were also moments where the game’s level design was flawed. I fought an ogre on a staircase and it was destroying me until we both fell to our deaths off the side. This would happen on cliffs, too. One swipe of the monster would send you off the edge. Or worse, it would send your pawns, so if you wanted to continue and save them, you’d have to backtrack to the bottom of the mountain and get them. One time, it knocked my pawn onto a building, where I could not reach them so I had to let them die and then resurrect them at a riftstone. These were moments where the game was unintentionally difficult.

And while the characters you could customize looked pretty incredible, the other non-player characters weren’t great to look at and their lip-synching didn’t match up with their vocals at all. The landscapes and enemies looked great, these other human characters looked oddly out of place.

There’s also no quick travel feature, so you spend most of the game traversing the same roads. The enemies respawn and so you get in this routine of knowing when ambushes will happen. So much running, it made those moments horrible. There’s one quest where they send you super far away and as soon as you get there, they immediately send you back. Not great at all.

With the game being difficult, it’s a shame that the autosave feature isn’t that accurate, often sending you way back before things went south. Save often. 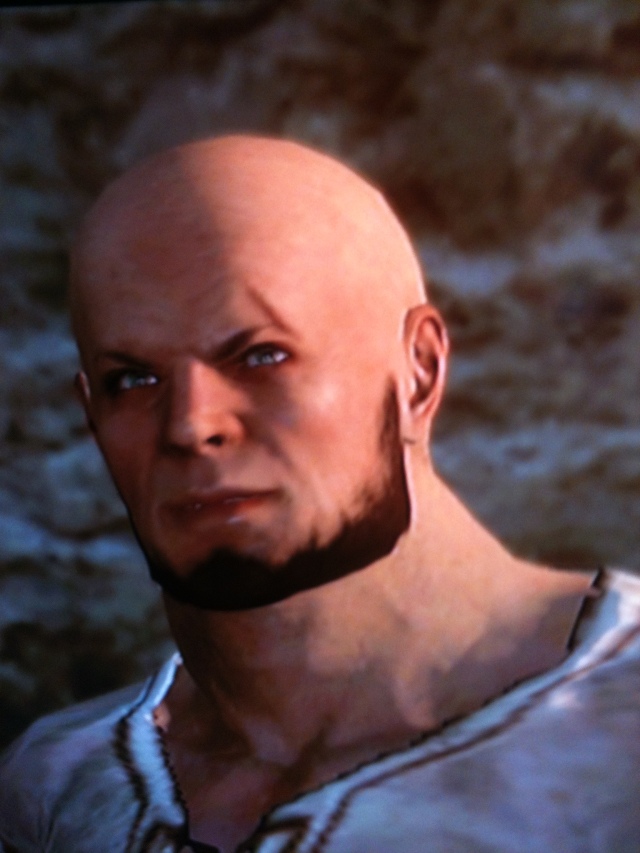 My avatar. If only the NPCs looked as good.

If you’re considering playing Dragon’s Dogma, here’s 10 tips from me to you.

1.) Always carry your weight in health and stamina extras. And learn how to use them.

2.) Save after every encounter that you don’t want to play again.

3.) It’s worth it to invest in borrowing a pawn of a higher level, its knowledge will likely come in handy.

4.) Speaking of pawns, buy them health extras too, they will use them if they’re in a tight spot.

5.) Be very careful at night. It’s tough out there.

7.) Buy amazing gear for your main pawn. This will make them better and more attractive to other players, so they might invest in borrowing them.

8.) Ferrystones can transport you back to the capital but they’re few and far between. Save them for when you’ve made a long journey to the edges of the map and don’t want to backtrack. Some long adventures will reward you with a ferrystone when you’re done.

9.) For the quests that require you kill # of monsters, no need to search them out, you’ll complete most of these quests just by doing the main storyline and some side quests.

And 10.) If you want to avoid being over-encumbered (carrying too much weight), give some heavy items to your pawns to carry around and you can then sell it when you get back to town.

Dragon’s Dogma was a fun game that I enjoyed dropping a huge amount of hours into. While the story wasn’t that unique, the combat and customization made the journey worthwhile. The huge monster battles were highlights and made the glitches and sometimes unfair difficulty worth all the trouble. There will be moments when you shout at the television because the game didn’t save or you were thrown off a cliff, but you’ll also stand up and cheer when you feel the satisfaction of beating some of these monsters. For Capcom’s first entry into the traditional fantasy genre, they got a lot right.