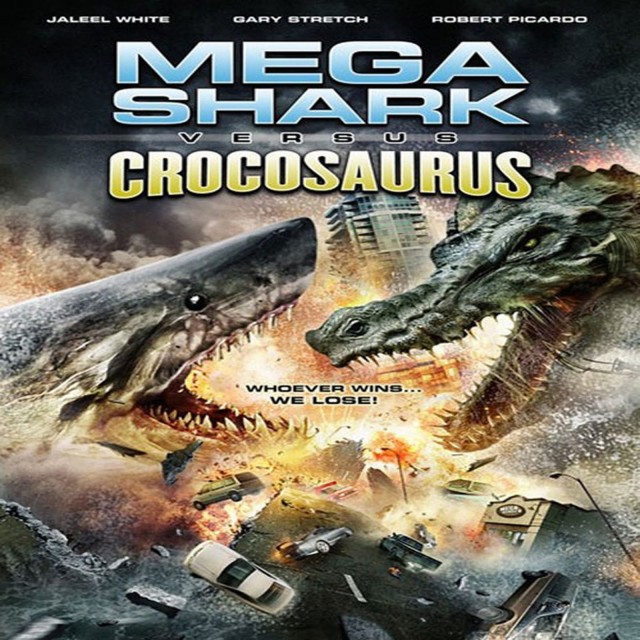 Okay. Let me explain myself. I’ve become recently fascinated by Asylum Films and their mockbuster movies such as Titanic 2, Age of the Hobbits, and even the upcoming Atlantic Rim (yes, they just took Pacific and replaced it with Atlantic). So after some delving, I realized that this amazing sequel to the cult classic Mega Shark vs Giant Octopus was on Netflix. So of course I watched it.

The gist. Jaleel White (also know as Steve Urkel) is in this movie. That, right off the bat, should tell you that you need to watch this movie. He’s joined by a cliché jungle explorer with dirt always on his face, a female secret agent who takes off clothing at every available moment, and the doctor from Star Trek: Voyager as the admiral of a Navy fleet. If you haven’t seen the original Mega Shark vs Giant Octopus, let me catch you up. There’s a giant shark. Okay, now we’re caught up. They think this shark is dead, but it shows up, just as a giant crocodile and its eggs are discovered in a tropical forest somewhere. They tranquilize the crocodile, put it on a boat, and of course it wakes up just as the shark attacks the Navy fleet. Now, we have our premise.

Mmm… It’s hilarious unintentionally. The CGI effects made me laugh. The one-liners were horribly written but perfectly executed. I was rooting for Mega Shark, not for any of the 1-dimensional human characters.

Where should I begin… Let’s start with the script. The written word. Someone had to sit down and write this movie. I’m guessing they did it over a lunch period and jotted down dialogue on their napkin. The plot makes zero sense and the locations they use in this movie are ridiculously chosen. The battle begins in the Atlantic, the monsters then attack Miami, destroy the city of Panama, attack the Southern California coast, and then attack Hawai’i (which involves using the same footage as when they destroyed Miami). This is in the span of a few hours, movie-time.

The one-liners are horrible but the actors are extremely committed so it makes it even more hilarious. I wonder if Jaleel White thought this was his big break back into the business.

Now let’s talk about shooting this movie. I think there’s two locations. One is a helicopter and our three human heroes spend a majority of the movie in this chopper. We theorized while watching that they rented this helicopter for a few hours so they shot every scene in a row. The other location is a soundstage where they built single rooms. When someone opens a door, it’s just black beyond the door, so you can tell it’s a set that’s built somewhere. And the lighting in these scenes is atrocious. There’s usually one light for these scenes and it’s often either behind or beside the main actors, so it’s almost completely black except for a weird sideways light that shows 1/4 of their face. It’s not stylized, it’s just negligence.

And now the movie is shot and it’s time to do post-production, creating these epic monster fight scenes. There’s two types of fights: Shark vs Crocosaurus and Monster vs Humans. The problem with Shark vs Crocosaurus is that there’s a finite amount of things that can happen. It usually turns out that Shark will bite Croc’s tail and then Croc will bite the Shark’s tail. And they make kind of this weird ying-yang and just spin around in the water. It’s weird. And every time they fight, they use this same animation.

When monsters attack people, it’s hilariously awesome. The Mega Shark will jump over things and then hit it with its tail. The Croc will eat people. This is basically all they do (and the effects for these fight scenes are horrible).

And then there’s the “science” involved in this movie. I swear Jaleel White just made up things. At one point, he talks about an arc-flash. This is when electricity essentially jumps between two conduits (I’m not a science person). But they create one of these to fight the crocodile and it looks like a electrical power plant that is just creating sparks. Like… what?

This movie is 88 minutes of horrible CGI, ridiculous dialogue, sets designed by a six-year-old, and lighting done by one desk lamp in the corner of the room. However, it’s so bad that you’ll have a blast laughing at how this ever was made into a movie. Make sure to check out the trailer for Atlantic Rim or Titantic 2 to see some other high-quality gold. 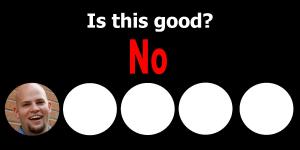