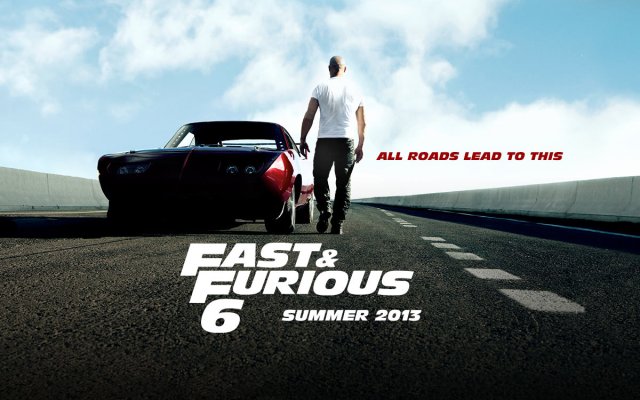 It’s kind of hard to believe that this franchise has six entries now. Not many franchises have that sort of lasting power. And it’s also rare that you can say that the fifth entry is the best in the series so far (I owe it to Dwayne Johnson). So Fast & Furious 6 has giant shoes to fill, does it succeed?

The gist is that agent Hobbs (Dwayne Johnson) and his new partner (played by former American Gladiator Gina Carano) are trying to catch major league criminal Ian Shaw (Luke Evans) but it looks like it’ll take a crew of criminals to take them down, so he approaches Dominic Toretto (Vin Diesel) and his crew (including Paul Walker, Tyrese, Ludacris, Sung Kang, and Gal Gadot). Turns out, evidence has come up that Dom’s former lady Letty (Michelle Rodriguez) is alive and running with the enemy. So will Dom and his crew help the government in exchange for finding out about their long-lost (and thought-dead) friend?

Fast & Furious 6 for the most part succeeds in the same ways that Fast Five (review here) did. The action set pieces are incredible. The franchise has definitely veered from the street racing origin of the first few films and is now more of a heist film but it totally works. Unfortunately the trailer shows two of the coolest moments in the movie, robbing you of the suspense. The scenes are still incredible though.

The movie takes Agent Hobbs back a step and Johnson doesn’t have as many fight scenes, but he has enough to remind us that he’s a force of nature. And now that he’s fighting with Vin Diesel, we see some incredible works of collaboration resulting in a few “OOOOOH!” moments after a hard hitting attack.

This movie does showcase its supporting cast a little better than Fast Five, giving some great exchanges between Tyrese and Ludacris and giving an entire subplot to Sung Kang as Han. Kang stands out as the emotional throughline and has probably the most engaging love story in the movie (with Gal Gadot). I cared more about those two than I did about Vin Diesel reuniting with Michelle Rodriguez, which was supposed to the main story arc. Kang stole it and I was glad.

The movie also perfectly balanced incredible fight scenes with a sense of wit, giving the movie much more humor (usually in the verbal sparring between Ludacris and Tyrese). It’s a fine balance to walk but it was done perfectly.

Vin Diesel’s character doesn’t pack the same sort of visceral punch as Johnson’s Hobbs does and some of Vin Diesel’s biggest moments are almost laughable, because it’s unrealistic and the CGI is spotty. But that’s just a few moments out of the entire film.

We also didn’t really care much about Dom and Letty’s story, even though that was supposed to be the main story. Rodriguez lacked any sort of chemistry with Vin Diesel in this outing.

While it just can’t compare to Fast Five, this movie does hold its own and manages to both wow you with action sequences and also make you laugh (and almost cry). Johnson’s Hobbs owns the action scenes and Sung Kang’s Han manages to steal the show towards the end with a touching and unexpected (for this type of film) love story. And an incredible mid-credits scene sets up Fast Seven which is already in production. So make sure to stay for that. Overall, another solid addition to the franchise and one I’d recommend whole-heartedly. 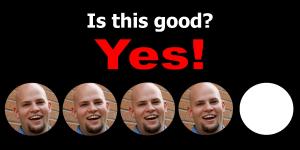