How X-Men: First Class COULD Have Been a Great Movie 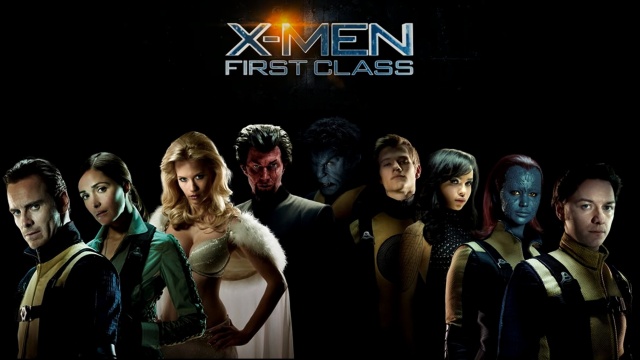 How X-Men: First Class COULD Have Been a Great Movie

Now, now, now… Don’t be angry and defensive already. There are some of you out there that swear that X-Men: First Class is the definitive X-Men film (which I would disagree with) but I can definitely see that there is a lot to value. But for me, it’s hardly the best in the canon.

But with the recent news that director Bryan Singer (X-Men, X2) will be returning to direct the tentatively titled X-Men: Days of Future Past sequel to First Class, I thought now would be an appropriate time to look at First Class and really pinpoint what could be improved, so that this sequel doesn’t make the same missteps.

I’m going to separate this entry into three areas: Concept, Writing, and Casting.

I like the basic premise. Yes, let’s go back and look at Charles and Erik and watch their evolution together. Fascinating. However, where I disagree is that they immediately jump in and recruit youngsters. What exactly are their qualifications for starting a school (or even training teens with powers)? This movie becomes bogged down with so many teens that you lose focus. Now, part of this is also a failure on behalf of the script, but it began with the concept.

This could have been a great movie if it absolutely focused on Erik and Charles but the concept skipped a movie basically. How could we focus on the brewing animosity within Erik if we kept going back to Banshee trying to fly. I feel like the concept was treating us like children that needed explosions every two seconds. If you look at the success of the Nolan Batman films, there are many moments that are quiet and introspective between action set-pieces and they (usually) work. I would have been completely happy with a character-driven Erik and Charles movie.

Wait, you brought me in just to make a spectacle of killing me? That sucks.

Now, when the concept is given to a writer, he/she could choose to still elaborate on the important elements. “Okay, they want me to put together a whole team, so I’ll need to definitely give them some depth as well.” And here, someone made a bad call. Maybe it wasn’t written, or maybe it was left on the cutting room floor, but there should have been actual depth to these new characters. We’re talking Banshee, Havok, Darwin, Angel, Riptide, Azazel… We get zero information about these people. They’re trying to appease fans by including these characters but it’s really alienating the fans that wish they got a better treatment.

Then there were the characters that got a half-assed story, such as the White Queen, Sebastian Shaw, Beast, and even Mystique. I appreciated the backstory with Mystique and Charles but it came completely from left field and is incredibly contrary to the stories that have been built up in the Marvel universe. There are stories with Mystique going back to the late 1800s, as we don’t know how old she really is. There were other key choices made that contradict either the comic canon or even the previously established movie canon (such as White Queen appearing in both Wolverine: Origins and X-Men: First Class but in different ways). I did appreciate what they tried to do with Beast and Mystique, as they both react differently the hatred expressed by mankind (which is echoed in X-Men 3).

Overall, the writing was superficial and sacrificed quality for quantity. If it had been a smaller team of maybe Mystique and Beast and then the main cast, that could have been manageable but it became convoluted and confusing and shallow. 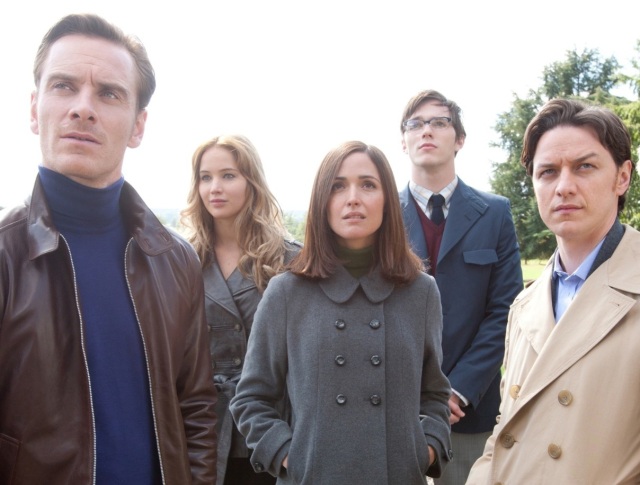 Some casting was spot-on. Both Fassbender and McAvoy were great, though I don’t really believe that McAvoy’s and Patrick Stewart’s Charles were anything alike.

Where the flaw sits is with January Jones. I didn’t have a problem with Kevin Bacon (or even the villain choice of Sebastian Shaw) but it was hard to pay attention when he was talking to a character as flat as a piece of plywood. She was comatose for the entire movie and it dragged down all the scenes she was in. When you combine that with Riptide and Azazel (who barely got introductions), the villain team was hard to get behind as a threat.

Someone at the very beginning of the process decided that they had to beat us over the head with characters (probably the same person who made similar decisions with X3 and Wolverine: Origins). This movie should have been a simple character study of two men who slowly become friends and then slowly become enemies. They disagree on a very philosophical level, let’s focus on those discussions, not how awesome Havok would be if he shot hula hoops from his waist. We could’ve handled that movie. And I, for one, would have appreciated it.

4 Responses to How X-Men: First Class COULD Have Been a Great Movie