In the Finally Caught Up series, I look at TV shows that have completed their run and I offer up my thoughts on the best actors/actresses, best episodes or story arcs, and then if the show is worth watching for those of you that might’ve missed it the first time around.

Well today, I look at the hit ABC primetime soap opera Desperate Housewives. We follow four (or five or six) housewives on a single street in a mysterious city. This is truly a soap opera, as it features storylines that are absolutely ridiculous but the drama keeps you entangled in it. But now that the storyline is over, what’s the final verdict?

“I’ve never seen it, should I watch this?”

When I say that it’s a soap opera, I absolutely mean it. If you’re a fan of high-drama, huge reveals, and lots of man-hating, you’ll find plenty to like here. Each season follows a series of mysteries, which usually culminates with a big reveal of who’s behind it all (or what secret they’ve been hiding).

The four main female leads are each satisfactory and somehow manage to remain the heroes even while doing some horrible things. The men in this show aren’t treated nearly as nicely. When a new guy is introduced, you can bet that he’s some sort of serial killer, psychopath, escapee from a mental hospital, or just downright mean. There’s only a few examples of good guys who come in the form of a few of the husbands, though even they are often portrayed as wife-ignoring jerks. When a wife cheats on her husband, he’s vilified for ignoring her. It’s an interesting dynamic and one that might upset some viewers.

The show is eight seasons long and all of it is available on various streaming sites and applications. If you’re on the edge, watch a few episodes and see if it grabs you. If it doesn’t from the beginning, it won’t grow on you.

We follow four housewives primarily, played by Eva Longoria, Marcia Cross, Felicity Huffman, and Teri Hatcher. There are other women who come into the show including Nicollette Sheridan, Dana Delany, and Vanessa Williams.

While the core four all have their ups and downs, there was only one that I never really gravitated towards: Marcia Cross as Bree Van De Kamp. Even when portrayed as the sane one in the group, I still never really liked her. Longoria, Huffman, and Hatcher all had incredible moments of realization and life-changing epiphanies but Cross’ Bree was pretty static.

My favorite couple was hands down Lynette and Tom, played by Felicity Huffman and Doug Savant. This was the most realistic couple (though the competition wasn’t even fair) and their struggles were the most relateable. Savant’s Tom Scavo was pretty much the only guy who remained a good guy for most of the show. The last season tried to ruin this but even in the end, Tom Scavo made the right decision. 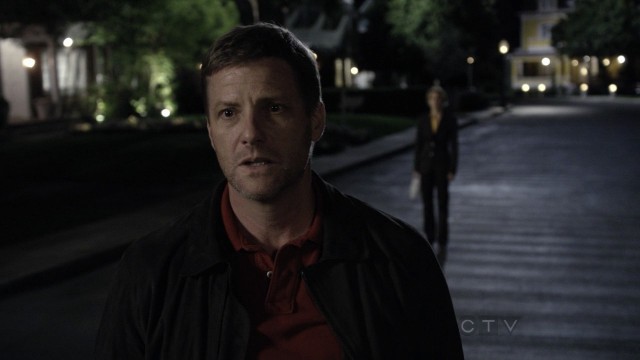 This moment in the penultimate episode of the series had me bawling.

As far as acting goes, I also applaud Longoria and Ricardo Chavira as Gabby and Carlos. The reason I say this is because their characters changed to an extreme at a few points that really gave their actors something to work with. When time speeds up at one point and it’s revealed that Gabby (Longoria) has two kids, she plays the character completely different. And while she does revert back to the spoiled rich girl that she began the series as, this change of pace was a refreshing one. And Chavira as Carlos was always right on point, though often made the enemy because he didn’t show Gabby enough attention (hence her sleeping with the gardener). Does this show then teach young girls that this is permissible? Bigger question to ponder.

In terms of seasons/story arcs, some were incredible and some were extremely ridiculous.

The first season has a special place in my heart, as it was just mysterious enough to keep you interested but it was still in the realm of possibility. I also really enjoyed season four, which saw Lynette struggle with cancer and attempting to raise a family.

The worst came in season three, which had Mike Delfino in a coma and Susan falling in love with a strange British man. Tom and Lynette also opened a pizza parlor, which was kind of random and in retrospect, didn’t make much sense. Season six was also ridiculous, which introduced a family who was trying to hide from a former associate who is an environmental terrorist and a new family on the block (Dana Delany) who is hiding from a crazy ex-lover. It was just weird.

How the show ended…

There’s a lot of pressure on a show to end well. Especially after eight seasons. I was semi-disappointed, as the finale failed to recognize a large portion of what these families had been through. The closing moments featured Susan driving away from her home as the ghosts of those who passed away waved goodbye. Now, in eight seasons, a lot of people died, but I had a hard time remembering who these faces were. A few, such as former lovers or ex-boyfriends, were memorable, but the vast majority were subplots long-forgotten.

And the final moment was a new person on the lane who had a secret. It wasn’t the characters we loved (or hated), it was something new. It felt like a cliffhanger but I didn’t want a cliffhanger. I wanted to bawl my eyes out and I never got that. There were a lot of great moments with Desperate Housewives but I never had that moment in the finale. It was a weak series finale that failed to capitalize on everything the show had going for it.

It’s ups and downs with Desperate Housewives. Some arcs are painful to watch and some characters never seem to get a grip on their lives, which makes it frustrating to watch them struggle. It’s not enjoyable to watch this show (as I’ll never rewatch it) but there were definitely moments that were well-made and therapeutic/cathartic to experience.

For other series’ reviews, check out Heroes, Scrubs, and That 70s Show.