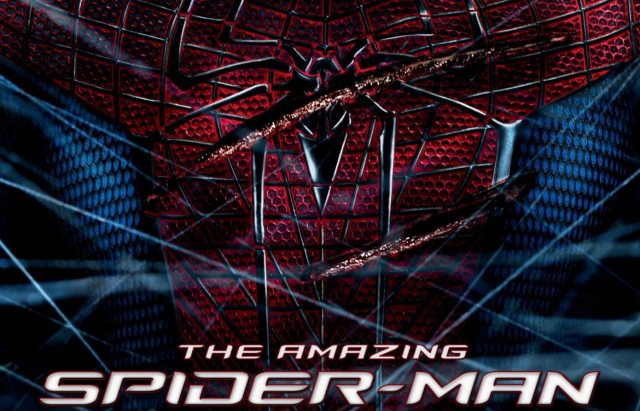 It’s been just 5 years since the tragedy that was Spider-Man 3, which managed to misuse an incredible talent and an incredible character in one fell swoop (Topher Grace and Venom respectively). The series has now gotten a reboot, which is kind of a shame on one hand, since Spider-Man is now even further away from joining the league of the Avengers (since Sony owns the rights to Spider-Man until they discontinue using the intellectual property, which won’t be for a long long time). On the other hand, The Amazing Spider-Man is a very cool film with quite a few redeeming qualities.

The movie is already at a disadvantage because it’s telling a story that is still fresh in everyone’s minds since Sam Raimi’s Spider-Man came out about 10 years ago. It’s the same story of Peter Parker and Uncle Ben and getting bitten by a spider. Luckily, the script has enough differences to make a … difference. In lieu of a Mary Jane, we are treated to Peter Parker’s first love, Gwen Stacy, played by Emma Stone. Also, we get a look at a villain that has been vastly underutilized in the mainstream treatment of Spider-Man: The Lizard, played by Rhys Ifans. Dr. Curt Connors/The Lizard is seeking to re-grow an amputated arm by co-species gene-splicing. Well, let’s just say things don’t go well and now it’s up to young Peter Parker to save the day.

Director Marc Webb (pun intended?) nailed the tone of the film, giving a proper weight to the tragedy that surrounds Peter Parker. Sam Raimi’s films felt too light-hearted and “summer blockbustery” to be taken as a serious piece. Even when Andrew Garfield (our new webslinger) makes smartass remarks, you can sense the pain and anger underneath, as opposed to Tobey Maguire’s crooked smile and easy-going personality. The movie is darker and much-less focused on huge action set-pieces. The action is surprisingly scarce, especially in the earlier half of the movie. I didn’t mind though, as watching Garfield was still engaging (and his interactions with Emma Stone even moreso). When the action does kick in, it’s pretty fantastic and gives you all the classic Spider-Man moments you’d expect.

The story also seems much more in-line with the comic source material. Garfield’s Spider-Man doesn’t just shoot web from his hands but actually builds webshooters. We also get to focus more on Peter Parker and his journey, without being drowned with other characters. We only hear about Norman Osborne and there’s no sight of his son Harry either. We also don’t see any sign of the Daily Bugle (spoiler? Whatever). The movie really takes its time to build up Parker as a character. Ifans’ Lizard gets enough screentime to be understood as a character but he doesn’t take up that much time to bog down the first priority of Peter Parker’s journey.

Some reviews have criticized this movie for trying to apply the Christopher Nolan style to Spider-Man. I think it worked and I think it’s justified. While Parker is a smartass, his world is tragic. The Raimi films handled tragedy with such levity that it wasn’t impactful.

Also, Stan Lee gets probably the coolest cameo I’ve seen yet. You can’t miss it. And yes, there is something mid-credits but NOT after the entire credits.

While the Lizard is a cool villain, there’s a few issues I have with how he was handled. First, the CGI was never entirely convincing, especially during the battle scenes. Also, I was conflicted because at times, the Lizard acted like a mindless brute, but then he would spout out some philosophical point. If he was still a brilliant scientist inside, why would he do the things he ends up doing? The character that I’m used to is like a Jekyll/Hyde situation, whereas this version seems to be a case where the Lizard is fully under control of Dr. Connors, or so it seems most of the time. I just questioned his motives a few times and it took me out of the movie.

I also have to question the mid-credit scene. It’s even more vague than the post-Avengers scene featuring Thanos. The audience seriously all responded with a “Whatever, I don’t know what’s happening” gesture. The teaser should get people excited for the next installment, but instead it left the audience confused (not intrigued).

I feel like this film is what Raimi’s 2002 film should have been, so it absolutely works as a reboot. It covers very little ground in terms of storyline progress but it leaves a lot for potential sequels and that’s an exciting prospect. Andrew Garfield nails the character of Peter Parker and his chemistry with Emma Stone is pitch-perfect. Rhys Ifans is great as the Lizard, though I questioned some of the writing for the key villain as I watched the film. The battle scenes are fun and perfect for the wallcrawler but the effects don’t always live up to the expectations. Until Sony lets go of Spider-Man and he can join the Marvel universe again, this is likely the best we can ask for.

1 Response to Review: The Amazing Spider-Man