In the Finally Caught Up series, I go back and review shows that have finished their run and offer thoughts on the highlights and how the show ended, as well as if a non-watcher should go back and catch it. My first entry was Scrubs and now I follow it up with Heroes. 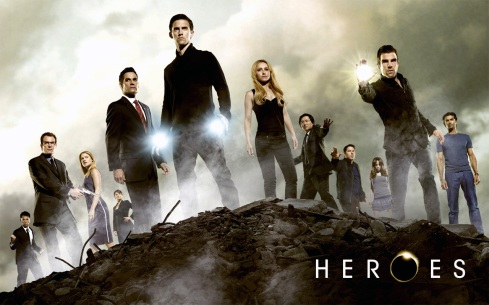 Heroes follows the story of a whole ensemble of people who all realize that they have special abilities. There are five “volumes,” which each tell a different story which usually culminates with the world being saved from some sort of danger. Some think that the show only had one good season but I think there’s definitely some highlights from the last few seasons as well.

I would classify Heroes as a drama, as there’s surprisingly little action for a superhero television show. The main core of the show is how these people handle the adjustment to being a “special” and how they interact with the world. There are some that try to be heroes, or maybe villains, or even some that try to ignore the changes that are happening.

The only human character that we really spend any amount of time with is Noah Bennet, played by Jack Coleman. He is a mysterious agent who’s job is to stop the dangerous specials from wreaking havoc. He also happens to have a “special” daughter, played by Hayden Panettiere.  He is one of the most complex characters, as his loyalty to his daughter is sometimes jeopardized by his duty to his job.

If I’ve never seen Heroes, should I watch it?

Heroes is an enjoyable ride, though it’s full of confusion and frustration. After an amazing first season, the show couldn’t live up to further expectations. Every time the ratings dropped, writers were replaced and often key points in the story were forgotten. So it can be frustrating watching them in order without much pause because these details are glaringly obvious. If you’re willing to enjoy Heroes for what it does offer, you might find a lot to enjoy here. And since it’s not heavy on the action, you might find the complex character arcs to be pretty enjoyable. However, if you want the action, you might be better off checking out other alternatives.

Jack Coleman as Noah Bennet is one of my favorites, as it’s easy to see the weight of what he’s done and he easily conveys the inner struggle of being a “company man” and being a father. In the series finale, he has an especially heart-warming scene with his daughter that was a great note to end on.

I also want to note Zachary Quinto as Sylar. Sylar is a “special” that kills other specials and learns their abilities, becoming stronger as the series progresses. This is a fascinating character, beginning as a very one-dimensional serial killer but soon we start to understand what his power (“the hunger”) can do to a man. It’s great to see him struggle with this hunger and want to be a hero, but the times he actually does become a hero are  a little underwhelming. 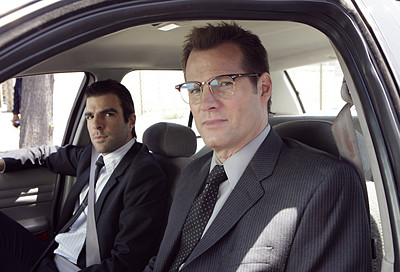 The first obvious high is the entire first season, which caught us all by surprise. This is the only season where it truly feels like these people have normal lives and that they struggle with these powers. After this season, things become all over the place and I have to wonder how our heroes can afford to pay rent, in addition to the dozens of plane tickets they seemingly buy to travel all over the world. But the first season is incredible. Partly due to the fact that it’s new. It’s a fresh idea, fresh faces, and it’s entertaining.

I also credit Sylar for a lot of the first season’s success. Zachary Quinto is fantastic and truly terrifying. He gathers up powers and becomes more and more threatening. And no heroes are safe, as a few of them drop to Sylar and he gains their powers. If I could have rearranged the “volumes” told here, Sylar should have been the last villain they faced. After defeating the villain to rule all villains, of course the show seemed to decline. Where else could they go? And then they couldn’t get rid of Sylar because the fans loved him, so a lot of the lows of the show are how they misused this terrific character.

One of these lows is Sylar’s Mexican adventure with the Wonder Twins Alejandro and Maya. Not only are these characters uninteresting, but it wasted Sylar’s time. This brings up another consistent low across the show: They kept neutering their most powerful heroes. Sylar has been neutered several times, making him a manageable villain again. Many other heroes also went through this. Peter Petrelli was able to do every power he came in contact with, proving that he was the only one who could stand up to Sylar. But they neutered him by giving him amnesia, then having his powers taken away completely, and then by revamping them so that he could only do one power at a time. Our time-travelling hero Hiro was also neutered in very extreme and obstrusive ways, such as thinking he’s a child, giving him a brain tumor, and even jumbling up his memories so that he didn’t know who he was.

This show had so much potential and I feel like the writers started out too strong, which is a strange problem to have. They struggled to create problems that seemed difficult for our heroes, so instead made our heroes less effective. But that’s not why we watch a show like this. I wanted to see an epic Sylar and Peter fight but instead Peter got de-powered and no longer a threat to Sylar.

Let’s talk about the storylines. The first season “Genesis” focused on the discovery of this powers. Season two was branded “Generations” and opened up the mythology to focus on our heroes’ parents and introduced a virus which threatened the entire world, beginning with “specials.” Season three was called “Villains” and introduced us to a batch of villains who escaped from a special prison and introduces a powerful villain who brings them altogether and wants to give special powers to everyone in the world. Volume four (“Fugitives”) focuses on an undercover government operation to track down and subdue all specials. And the last season was “Redemption,” which introduces a whole new cast of characters that live in a roaming carnival and how our pre-existing heroes perceive this idea of “home.”

In addition to season one, I also enjoyed volume four (“Fugitives”). We are introduced to Danko, who is the new “company man” who spearheads the government operation to track down and capture specials. He’s a compelling character and it’s fun to see him attempt to capture these specials. It’s a new spin because it’s not an “end of the world” scenario, but rather just struggling for survival.

I also appreciated the final season which focused on the carnival and starred Robert Knepper (Prison Break) but I felt like it should have been an earlier storyline. Like I mentioned earlier, after our heroes defeated Sylar, what threat could this new villain possibly pose? 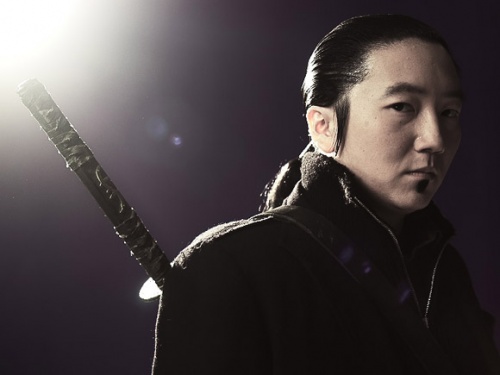 Hiro. Although we never get to see him be this awesome.

It’s a stellar show and one you should check out, but it’s full of inconsistencies. When I looked at the writing credits, the most credits a writer had was 10 episodes. The turnover was ridiculous, no wonder details were forgotten. Great characters are ruined and too much time is spent on characters that didn’t deserve a spot on the roster (I’m looking at you Alejandro/Maya). I also resent that action scenes were all but forgotten. When you wait an entire season to see the final battle, you want to see it play out. The closest thing we ever got to a Peter/Sylar battle was a glimpse into the future and they closed the door (literally) so all we could see was sparks flying. Bad call. But if you can forgive Heroes and see what it has to offer, you might find a lot here to enjoy.

5 Responses to Finally Caught Up: Heroes